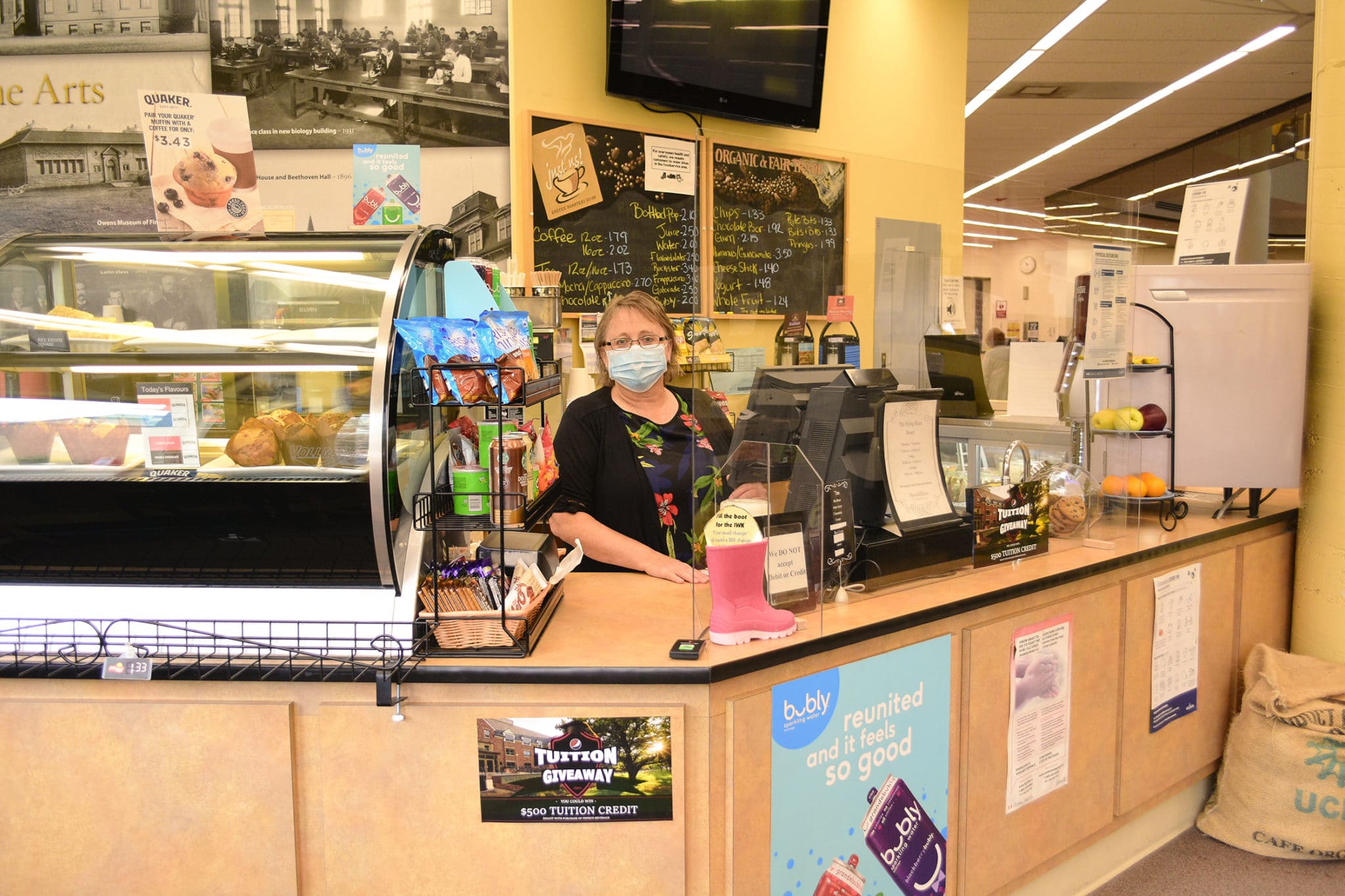 Any student who has found themselves chatting away on the first floor, nestled deep within the recesses of the basement, or tucked into the stacks at the library knows the joy that can come from a quick visit to the Flying Bean Café. Whether it’s a favourite muffin, a little protein-boost, or your third coffee of the day, Pam is there to offer a kind word and a yummy treat.

A Sackville native, Pam Stokes is the third youngest of 17 children. Their much beloved family began with her British mother and father who both served in World War II.

Pam began working for Mt. A in 1981, a year before she graduated high school. She started off in McConnell Dining Hall and adapted with the changes of the school and began working at the Flying Bean Café around 15 years ago.

When asked about her time working at the Bean, Pam felt it important to mention her struggles with her mental health. Pam silently dealt with anxiety and other troubles for years, before the arrival of two students in 2019. She credits the students in her ability to open up and seek help. The students helped Pam start the conversation about her mental health by opening up about their own. Though the students have since graduated, Pam believes that they helped her in realizing how important it is to have the difficult conversations.

“Don’t be afraid to talk about it. And don’t think that everything is pointed at you,” said Pam, when asked her advice to students. Pam believes that understanding everyone struggles with their mental health sometimes, regardless of how put together they seem on the outside, is essential in coming to terms with and being able to talk about your own struggles.

While Pam used to find working at the Bean a source of stress, it is now a source of joy. Seeing all the students and meeting people from around the world are some positives to working at Mt. A that Pam appreciates.

When asked about her life outside of Mt. A, Pam said simply: “My grandchildren are my hobbies.” As a child she grew up on a farm in Middle Sackville, and as a mother she was busy coaching baseball and helping out with her sons’ hockey teams. As a grandmother, Pam adores spending time with her grandchildren and values family time with her siblings.

She recently celebrated her birthday with her two grandchildren, Lyla and John Luke, and her son John. Due to the current circuit-breaker measures in place, she could not see her other son Justin. But hopefully she can be reunited with him and her third grandchild, an eight-year-old pit bull named Cutler, very soon.

Pam is a beloved figure to those studying at the library, and she can be found chatting with students or enjoying her favourite lattes (with a splash of vanilla coffee) during her break. Thank you Pam, for the cappuccinos, the French vanillas, and the words of encouragement. I am sure you have gotten more students through exam season than you know.