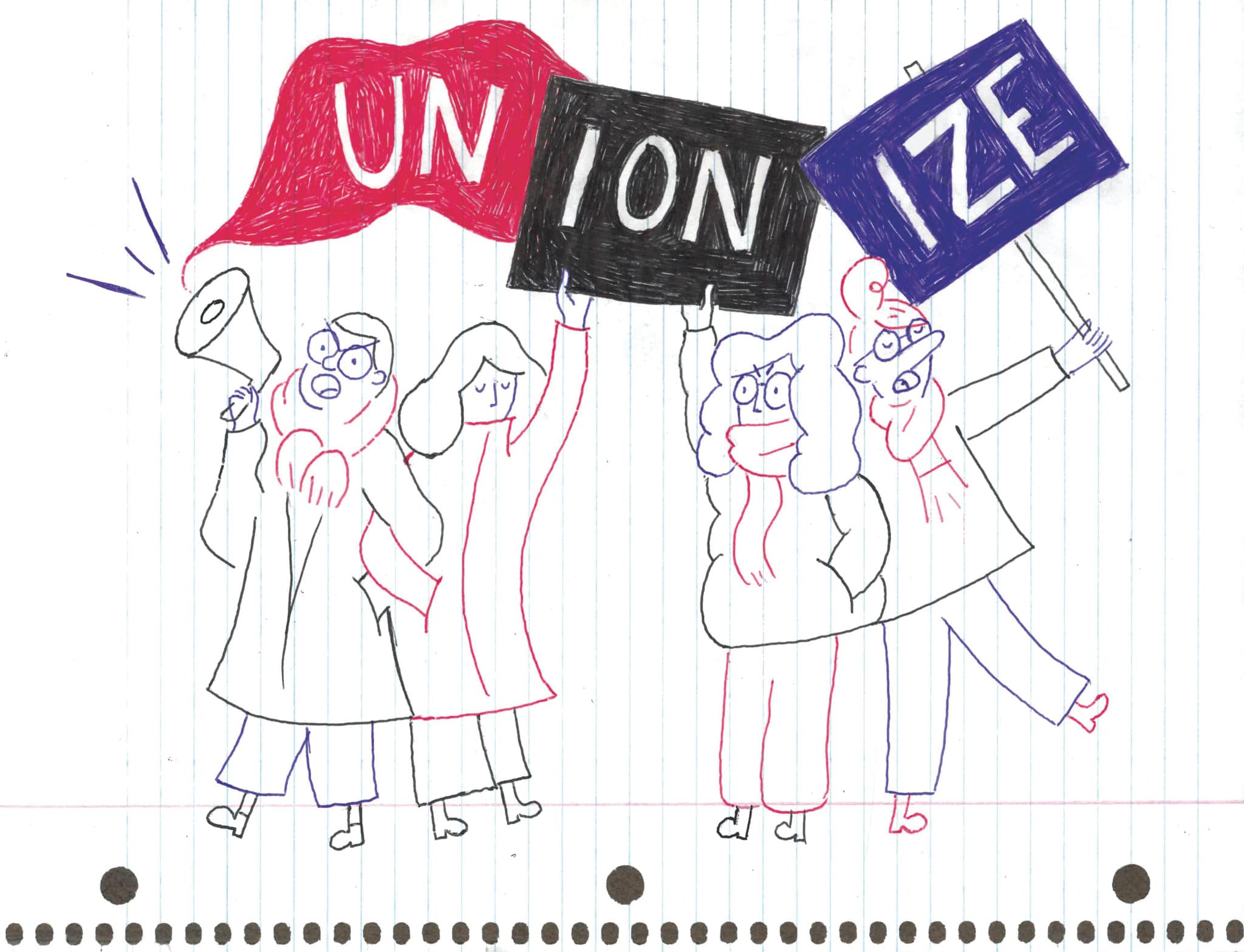 The Association of Mount Allison Student Employees (AMASE) has announced their plan to unionize campus employment.

If successful, the positions covered by the union will include all student employees working for Mt. A, with the exception of those working for the Meighen Centre. This includes residence assistants (RAs), teaching assistants (TAs), bartending staff at the Pond, lifeguards, library assistants, event services staff (ESS) and others.

“Anyone who is paid by Mt. A on campus, we’re interested in talking to,” Arsenault said.

Last year, Arsenault and a few others worked with the MASU to lobby Student Life to improve student employee working conditions. Among other requests, they lobbied for paid training hours, better security and better pay. It did not turn out as planned.

“We realized that because we don’t have legitimacy as students, they don’t take us seriously as employees, and we can’t actually advocate for ourselves when there are problems,” Arsenault said. “Unionizing is a move to force them to treat us as legitimate employees.”

In the coming weeks, AMASE will attempt to sign on more than 50 per cent of student employees on campus. In order to sign on, each student employee will have to fill out a card. Signing the card means accepting to be a part of the union. In order for their card to be valid, a student must have worked for Mt. A at some point during the 30 days before signing and work at some point in the 30 days after.

Arsenault said there are currently over 100 cards “in the midst of being signed.”

AMASE hopes to complete the process of signing cards by mid-February. “We want to have 60 or 70 per cent [of student employees],” Arsenault said. “From what we’ve been hearing from people, we don’t believe that should be a massive undertaking.”

Once they have signed on as many students as they can, AMASE, CUPE and Mt. A’s administration will sit down together and go through the cards. Arsenault said the administration will probably try to disqualify cards, whereas CUPE will try to protect cards.

Arsenault and Johnson stressed that AMASE would prefer to cooperate with the administration in the unionization process. “We don’t want to build a union so we can fight against the administration,” Arsenault said. “We want to bring the community of Mt. A as employers and as employees back together, because right now, there are really serious divides.”

“All we’re asking for is structure for the way students are hired and employed. And that makes it better for everyone in the future,” Johnson said.

Third parties – notably, the Mt. A administration – are not legally allowed to interfere in the unionizing process. “If anyone does do something out of line, we’re protected [by CUPE legal],” Arsenault said. “But we’re pretty sure the administration will be professional about this.”

The final unionization step will involve getting certification from the New Brunswick labour board. The amount of time this will take depends in part on how the administration proceeds. “If they just voluntarily accept that we’re a union, then we would form almost right away,” Arsenault said. Alternatively, the process could take months.

When and if the union forms, collective bargaining will take place between CUPE and the Mt. A administration. “Given how simple and how widely practised most of the things we’re asking for are, the normal ways you would treat normal employees, I don’t think [getting what we want] will be too difficult,” Arsenault said.