An important night of remembrance 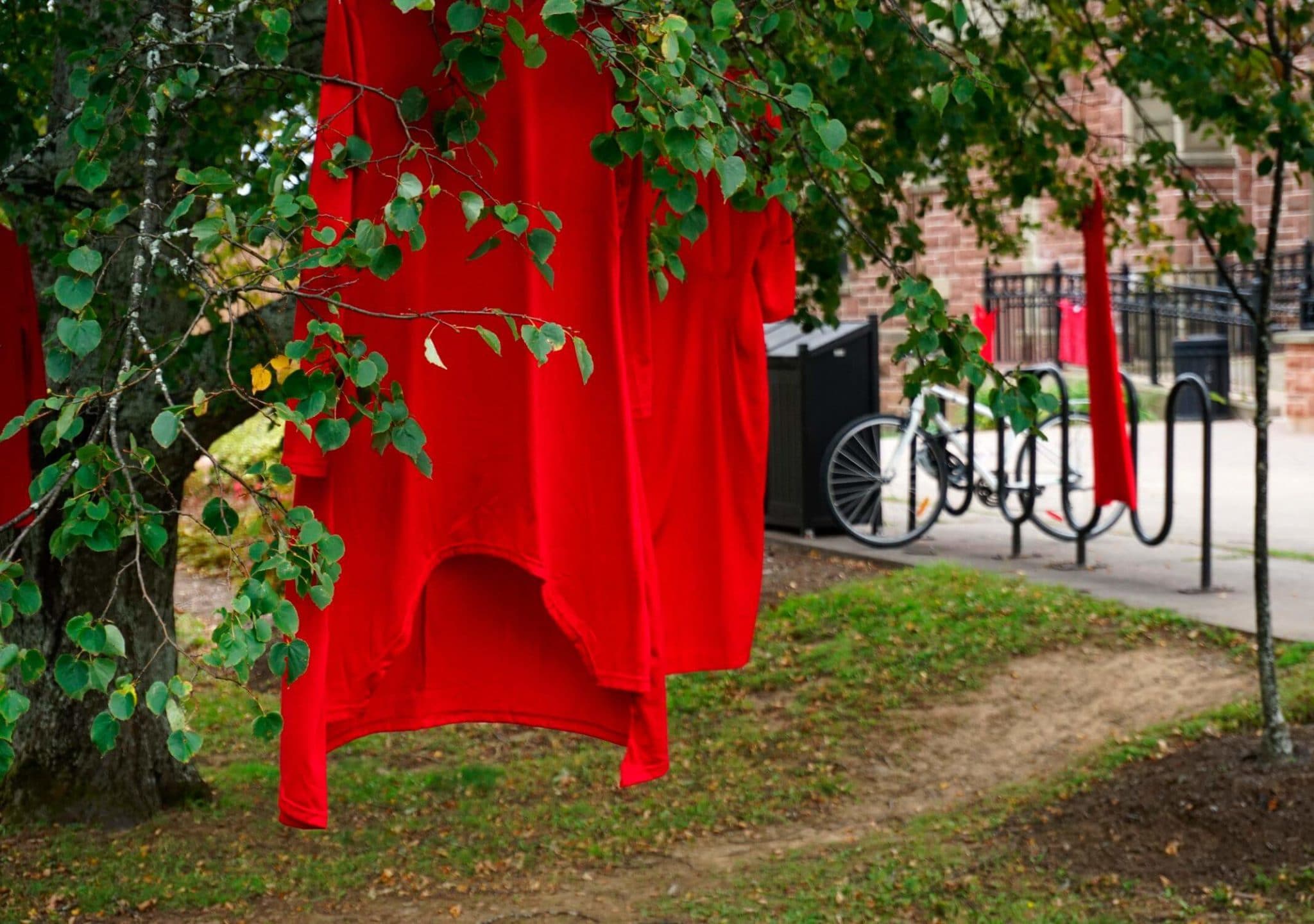 On the evening of Oct. 1, Mount Allison hosted the annual vigil to honour and remember missing and murdered Indigenous women, girls and two-spirit people.

The vigil began with an opening prayer and a performance of the Mi’kmaq Honour Song. Next, Patti Musgrave-Quinn, the University’s Indigenous affairs coordinator, spoke about how she appreciated the University’s efforts to decolonize. “Decolonization is a huge undertaking for any university,” said Musgrave-Quinn. “We have a team of executive leaders who do not pay lip service to decolonization. They really mean it.”

After this was the unveiling of She Lights the Way by artist Pauline Young: a stained-glass image of a red dress, backed with wings and surrounded by jewels that represent spirits. “I knew I was going to make a dress and it was going to be a beautiful dress because we women are beautiful,” said Young.

For the last week red dresses have been hung around campus in support of the REDress Project, an artistic response to the more than 1,000 missing and murdered Indigenous women in Canada. The project was started nine years ago by Jaime Black, a Winnipeg-based Métis artist.

Following Young’s speech, a group of women shared personal stories of family members who are missing or murdered.

Natasha Gosselin, MASU’s sustainability coordinator and an Argosy news reporter, spoke at the event and noted that “Indigenous women represented 16 per cent of female homicides in Canada while representing only four per cent of the female population.”

“I feel really angry that this isn’t seen as a bigger issue and that it is being swept under the rug,” said Kailey Trenholm, a first-year student who attended the event. “I also feel just really sad that there is minimal effort being put [into] finding these women.” Trenholm was upset by how police officers seem to disregard missing persons cases involving Indigenous peoples: “They’re still a person; it shouldn’t matter what their background is.”

“It was really heartbreaking to hear the stories and how recent they were,” said first-year student Jordan Takkiruq. “You think of these things as a thing of the past but in reality, they’re still happening today.”

The National Inquiry into Missing and Murdered Indigenous Women and Girls was commissioned by the Canadian government  in 2016 to investigate the disproportionate numbers of unsolved missing persons and homicide cases involving Indigenous victims. This June, the Inquiry published its final report, calling for large-scale systemic change to tackle the crisis.

The vigil, the inquiry and the REDress Project all aim to serve the purpose of spreading awareness and solving this national crisis.

For those affected by this issue, the Hope for Wellness Help Line offers 24/7 crisis intervention and counselling for all Indigenous peoples across Canada. It can be reached toll free at 1-855-242-3310.