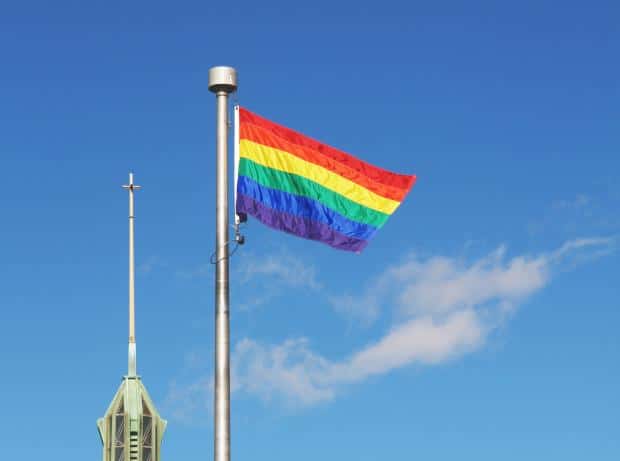 The week began with a flag raising ceremony in front of the chapel on Monday morning, and several events, organized by Catalyst, were held over the course of the week. Among these was a bake sale on Monday, followed by a ‘Bring a Friend Night’ at Catalyst; a screening of I Love You Philip Morris; and queer trivia at the Pond. Pride Week will end with a Pink Day and Hand-Holding Day on Oct. 11.

“I think it’s important to have these Pride events to make our student and town population aware that Catalyst exists as a group on campus, and to make everyone aware of LGBTQIA issues, to educate and inform them of things that [they] might not know about,” said Nicole Forbes, Catalyst President and one of Pride Week’s many organizers. “We’ve received a lot of people’s congratulations on keeping a Catalyst’s week of events going every year, and many people have conveyed that they hope it makes a difference in safety, security, and comfort on campus at Mount Allison University and [in the] surrounding community.”

Get REAL spent the week working with Catalyst to increase their visibility on campus. They were selling their signature pink hats in various locations throughout the week, in order to raise awareness and money for future events, such as presentations aimed at teaching students to unlearn various homophobic attitudes.

“I think students need to be involved because we are in such a pivotal stage of our lives,” said Maddy Hill, a member of the Mt. A Get REAL executive. “We are starting to figure out what really matters to us, and how that shapes us as people. We are starting to solidify our identities.”

While this is the first official Pride Week held at Mt. A, it is the second such event for Sackville as a whole. The town, in conjunction with Catalyst and the Sackville/Amherst division of PFLAG Canada, will hold an official rainbow flag raising ceremony on Oct. 17 at 12:00 pm in front of Town Hall.