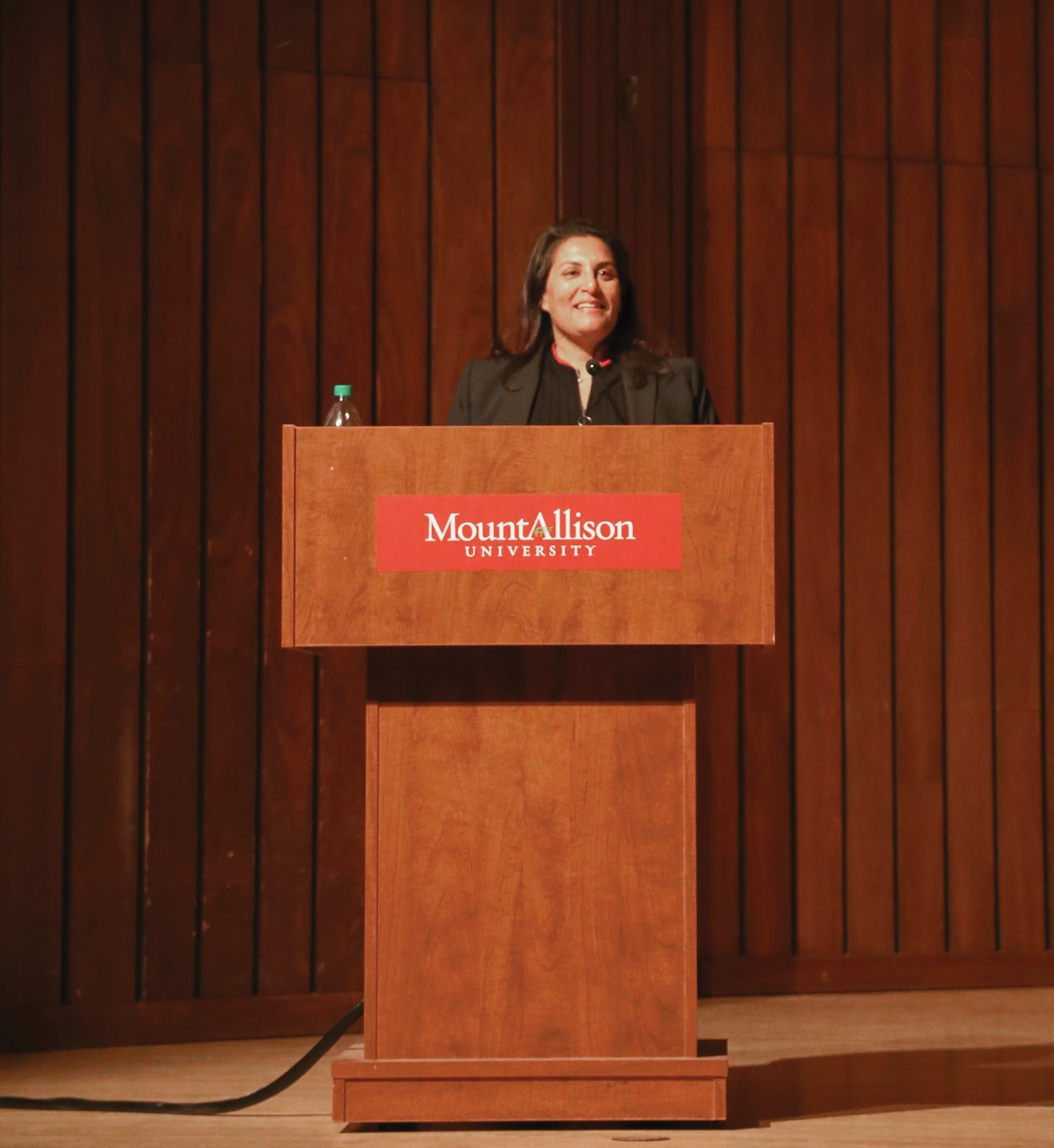 Mohamed’s light-hearted speech was introduced with a joke from Élise Vaillancourt, the MASU VP student life. “Farah is the founder and CEO of Girls 20 – the really good G20 – where she has built an organization dedicated to girls’ education and female labour force representation,” said Vaillancourt. 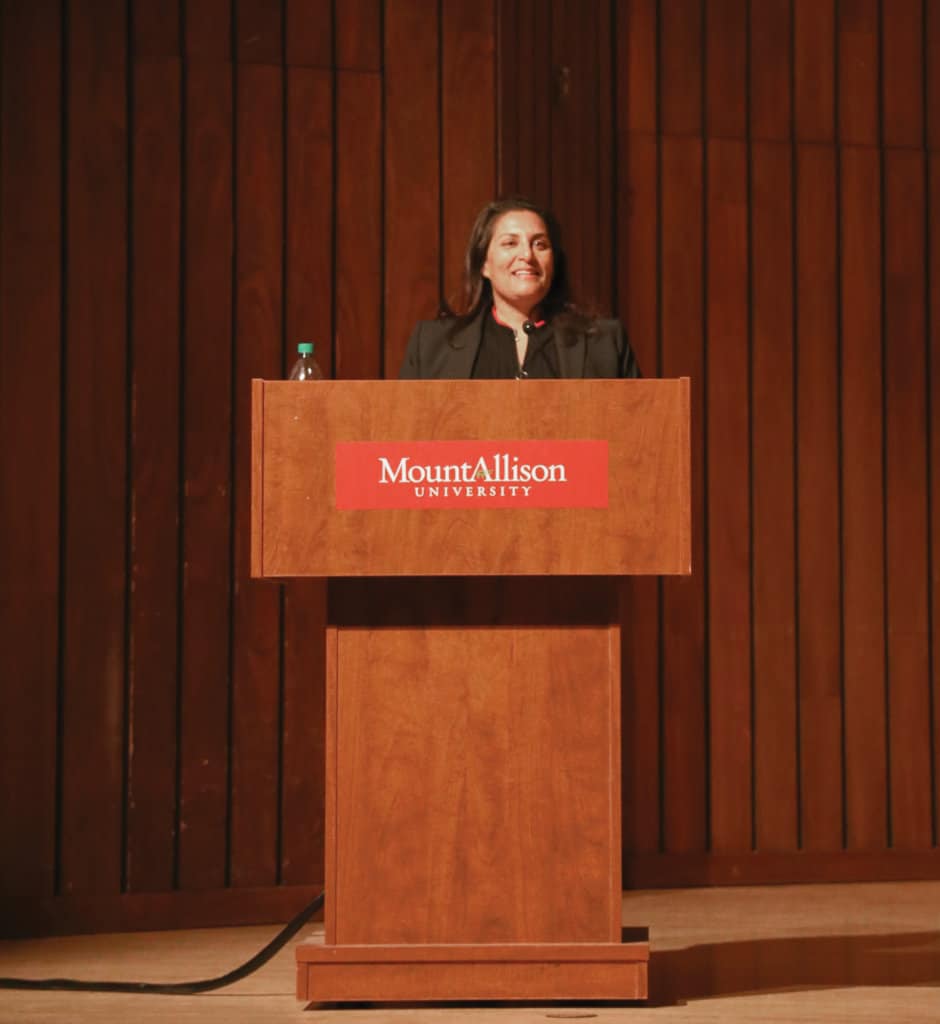 Farah is also the CEO of the Malala Fund, which promotes education for girls. It was inspired by Malala Yousafzai after she was shot by the Taliban on her way home from school in Pakistan at the age of 15.

In her presentation, Mohamed focused on the topic of service. “When I think about service I have a multi-dimensional view, and I encourage you to do the same,” she said. “Each of us has a role to play.” She explained how her boss, Yousafzai, exemplifies dedication to service, saying, “Most people would shrink from what happened to her; most people would go into hiding. And who can blame them? But instead of going into hiding, Malala learned to walk, learned to talk and learned again to take a stand. And now she works for the education of girls.”

Mohamed spoke about how she got involved with service when she first volunteered in a political race in Burlington, Ont., when she was in her 20s. She went on to say that in her ideal world there would be a one-year internship for young people in a sector that promotes service. “I think one thing we need to do better is to provide young people with opportunities,” she said. “My vision is that if we really want young people to open up their eyes, we should create those opportunities. I think by the time you enter college or university you should give up one year for a paid internship and over that period of the year, you should spend four months in either the private sector, the social profit sector, government or academia. If we just took a year out of a young person’s life and paid them, I have to believe more people would work in social profits.”

Joanna Perkin, a Mt. A alumna from 2017, attended the event. Perkin has a history of volunteer work, and now works full time as a counsellor at a women’s shelter. Perkin spoke about how she made connections between her own motivation for service and the work that Mohamed is doing. “I believe there are a lot of people who feel like they don’t have a voice, and I really like to help people feel as though they do have a voice,” said Perkin. “Something that really stuck with me was that [Mohamed] said that sometimes her and Malala let girls take their spots in different meetings or conferences. That’s a huge thing. She’s giving up some of her own power to give someone else a voice.”

Mohamed encouraged people to find ways that they can provide service for others: “Sometimes I think we think too much. And sometimes, if you have the capacity, take a risk on yourself, and just get out there and do it.” Mohamed finished her talk by saying, “Please, do not wait to give. Give it when you can.”

The next event in the Speaker’s Series is on Nov. 19, and will feature filmmaker Jesse Wente.