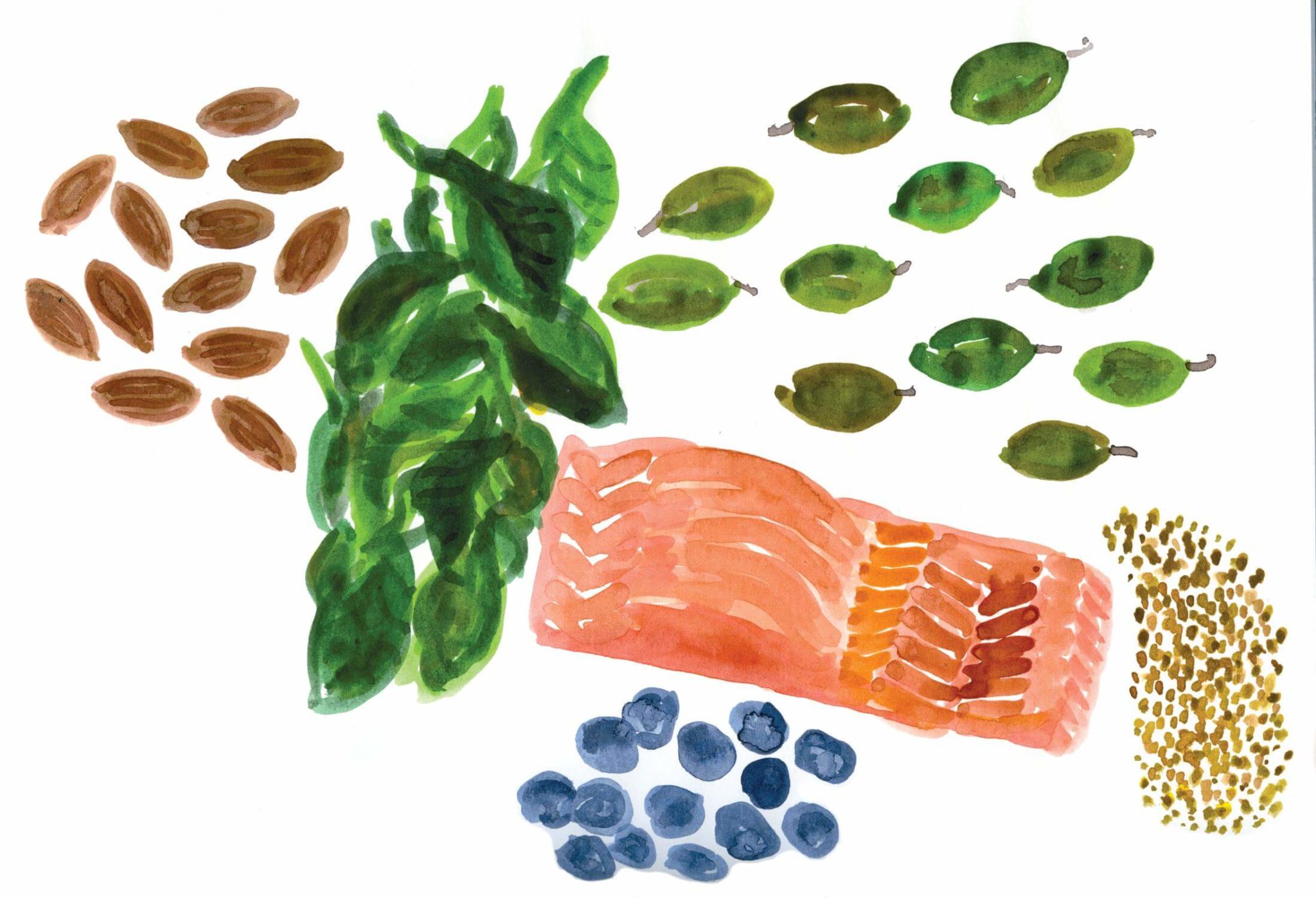 “I’m not here to tell you all these glorious stories about working for the Food Network for 15 years or that time in Paris with the guy with the baguette,” said Chef Michael Smith, a Canadian celebrity chef and the co-proprietor of the Inn at Bay Fortune and the recently opened Inn at Fortune Bridge. “I’m not here to talk about that. I am here to poke you in the eye. The bottom line is that the adults in this room have created an unsustainable food system and in doing so ruined our planet.”

On Oct. 7, Smith gave a talk titled Everything I Know About Life I Learned in the Kitchen as a part of Mount Allison’s President’s Speaker Series. Smith is a well-known Canadian chef, the host of multiple cooking shows featured on the Food Network Canada, a judge on Chopped Canada, and the author of 10 bestselling cookbooks.

During his talk, Smith discussed the world’s unsustainable food system, the social context of food and his inn on Prince Edward Island, where almost 100 per cent of the food served is produced on their property.

Dr. Elizabeth Jewett, a Canadian studies professor, introduced the talk, noting that the President’s Speakers Series brings in speakers from Canada and around the world to discuss current issues of interest and concern.

“For the 2019-20 academic year, the university chose the concept of ‘ideas without borders,’ welcoming speakers from the local, regional and international community,” Jewett said.

Students, faculty and members of the Sackville community filled Brunton auditorium to listen to Smith, the first speaker in the series.

Smith began by discussing the problems with our current food system and why it needs to change. “When you’re a dad, you start to understand that the food you are cooking and putting on the table is going to have a profound impact on the life of somebody else,” said Smith. “You start to pay attention. And frankly, I paid attention so much that I got pissed off.

“I began to understand for the first time in my life how screwed up the food system is that we have created for this planet,” he added. “We have decided to believe this colossal myth that somehow it’s okay to let a factory cook for us and our kids.”

Smith went on to discuss the environmental impacts of food: “Food contributes 40 per cent of the emissions that have created climate change. Food. Not transportation, not oil, not gas, not cars, not trucks – food,” Smith said.

“Then I discovered this thing called Big Food Inc. Do you think they give a damn about you? No. You’re just where the money comes from, that’s all,” Smith said. “And when we’re ignorant, when we don’t pay attention, when we’re not engaged, and when I say something to you like ‘Well, you’re eating a steak; that means a cow died’ and ‘You like your bacon; well, that means a pig died’ and you say to me ‘Ew,’ I feel like slapping you. Wake up. Like seriously, because it’s that willful ignorance that has led to the horrific practices in animal raising across this country and around the world.”

Smith also critiqued the current trend of meatless burgers. “A meatless burger is just processed food with a new name, that’s all it is, more processed food,” he said. “Do you really want to eat a burger made out of plants that a boardroom table full of scientists and lawyers have studied to death trying to figure out how to make a plant taste like the iron that’s in the blood of a cow? Do you really want to eat that? Look at the label; if you can pronounce one word in that ingredient list, go ahead and eat it.”

Smith noted that people need to start taking action if they want to make a real difference. “Too many of us spend too much time egotistically yelling at the top of our lungs and our voices righteous indignations. Screaming at the top of our lungs about something that’s wrong, staking out a position way off on one side of that issue, satisfying our own ego instead of getting in there and doing the work,” he said.

Smith realized he was tired of just being a part of the conversation when he received an award 15 years ago for his life’s achievements. “I wanted to get right in there and do the work. I didn’t know what that meant but I knew I had to do something real and something tangible,” he said.

Smith’s way of doing this was to purchase the Inn at Bay Fortune with his wife, where he worked as a young chef in the 90s. Smith came up with three “crazy ideas” on how he’d run it now. “The first idea for us: let’s grow food. In fact, let’s grow it all,” said Smith.

“We’re five years in and we have eight acres of the farm under cultivation. We now have five greenhouses [and] a massive garden complex. This year we planted over 300 different fruits and vegetables on our property. We’re a culinary farm, we serve 80 guests a night and we grow what we serve right there on that farm,” Smith said. He noted that they’re not producing 100 per cent of the food they serve on their property yet, but they get closer every year.

“Who wouldn’t go to a restaurant that grows their own food, especially if they cook it all with live fire? And that’s what we do, 100 per cent live fire,” Smith said of his second idea.

Smith discussed what he learned about the social context of food. “Finding the time as families to sit down together each and every single day at the table without devices.… Somehow we’ve lost that. There are kids in this room who have grown up never eating at the table with their parents. There are kids in this room who think it’s okay to have a meal with other people with their devices going all night long,” Smith said.

Smith added that soon after his restaurant opened, he was no longer nervous about his idea. “Eating food by yourself is no bloody fun. Eating food in a car driving to work is no fun. Eating food with other people, that’s fun,” Smith said. “I don’t remember what I ate but I always remember who was there, what we talked about and what the occasion was. As I said, what matters more is who’s at the table rather than what’s on the table.”

At the end of the talk, Smith took questions from the audience. One student said that he finds it difficult to sit down and eat meals with his roommates without devices. He asked what people can do to convince others to enact change.

“There’s only direct personal experience. So you’ve got to figure out a way to get them engaged. In other words, have a dinner party,” Smith said. “At the end of the day, we need to be able to look at ourselves in the mirror and know that we did our best today for our sphere of influence. That’s it, there’s no more. You can’t do more.

“Just get them together.… Get everybody to stack their devices, get them off the table. That’s going to help,” Smith added.