Complicating the conversation around dropping enrolment 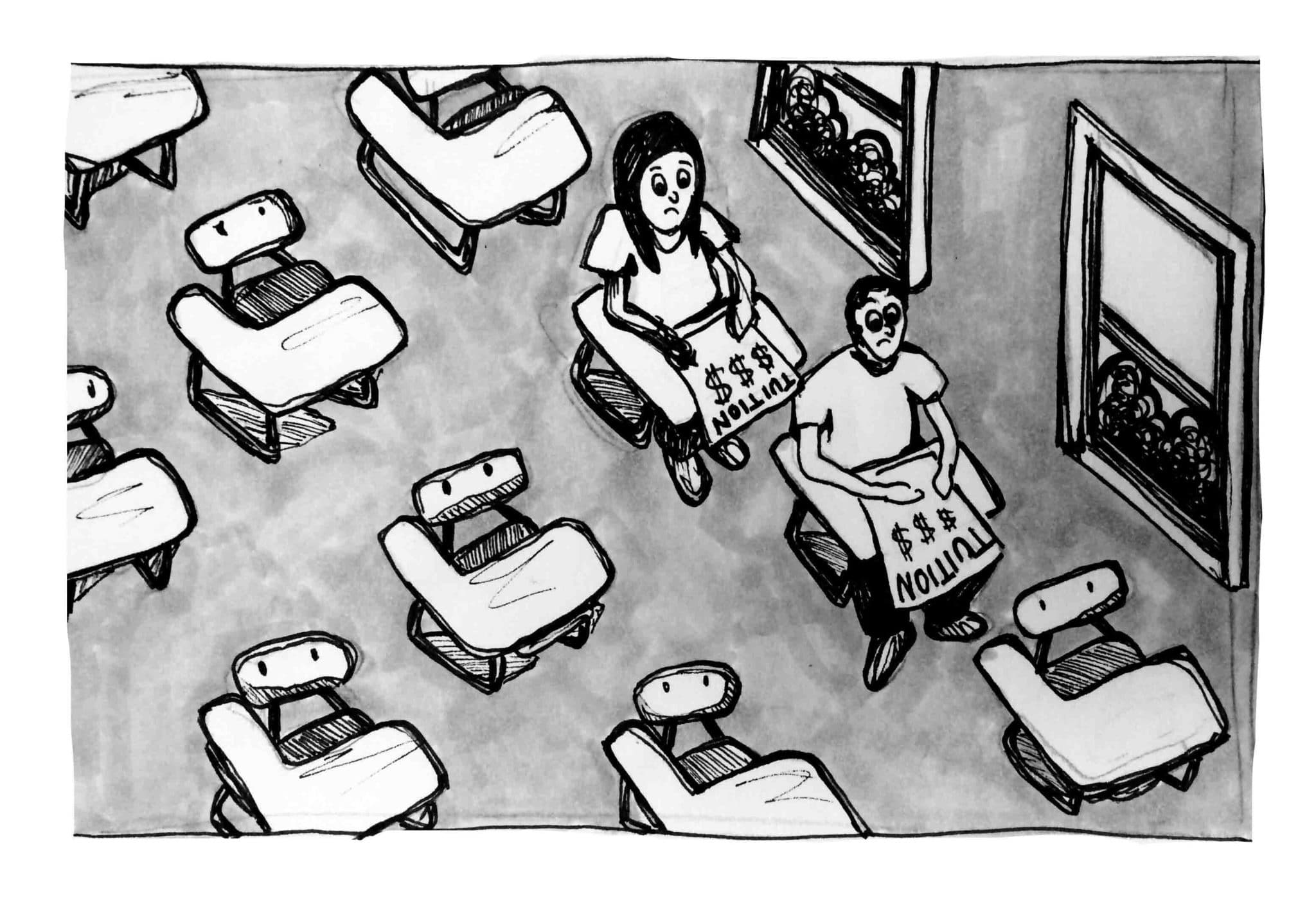 Mount Allison faculty, staff and administration have been having yearly conversations around the issue of dropping enrolment since numbers started falling in 2012.

As a small university, 45 per cent of Mt. A’s revenue comes from tuition fees that are reliant on fewer than 3,000 people. This means that any decline in enrolment significantly affects university budget planning that year.

In September, a new academic plan that included the statement that Mt. A’s enrolment had declined by 300 since 2012 was presented to the senate. A few professors took issue with this claim, saying that 2012 was an unusually high enrolment year and the University’s current state of enrolment is closer to its historical average. Ollerhead’s response was that the University’s continual goal of 2,500 students is based on the University’s resources and that goal has not been achieved since 2012.

Ollerhead added that he would not be personally opposed to an enrolment goal of 2,100 but that it would mean scaling back professors hired and courses offered.

At January’s Faculty Council meeting Ollerhead said, “I’m asking every dean, with the department heads, to look at every course that has eight or fewer people in it and ask the question, ‘Is this a good allocation of resources; does this course need to be here?’ ” Many professors found this concerning.

This is the climate of a university that is constantly concerned about enrolment numbers. Perhaps, however, it is necessary tension. “I believe that the University should ensure that its enrolment is sufficient to prevent any degradation to either the University’s financial sustainability or the quality of its academic programs,” said Mark Fedyk, a Board of Regents member and philosophy professor.

Earlier in March, vice-president of finance Robert Inglis’s presentation at the university budget town hall was centred around dropping enrolment. Inglis said that the University budgeted for 700 incoming students this year but that only 600 ended up attending.

While resource allocation is a hot button issue for faculty and staff, mention of a tuition increase is what causes students to take notice.

Andrew Irwin, an associate professor of applied mathematics and previous president of the Mount Allison Faculty Association (MAFA), says that when statements like Inglis’s observation on tuition increases get made they are usually just a means of demonstrating a large number’s relationship to reality. However, when a budget town hall is the only update students receive, that is information they may cling to.

At an October 2014 Faculty Council meeting, a debate about whether there was an enrolment crisis at Mt. A caused Irwin to put together an enrolment report for members of the MAFA.

“We were interested in the enrolment trends,” said Irwin. “We wanted to know what was happening.”

At October’s senate meeting, Kim Meade, the vice president of international and student affairs, announced that 604 students started at Mt. A this year, as opposed to the previous year’s 641. “We had projected an uptake of 700 [students, and] we certainly fell short of what we expected in the projection based upon those applications and offers,” said Meade.

The University sent out surveys to students who had accepted and later declined their offers to Mt. A. The University will be analyzing the data to better understand what influenced students to go elsewhere, pursuing the same question as Irwin: What is causing the decline in enrolment?

Irwin’s 2014 report found that “Enrolment varied by about 25 per cent from the low to the high” and “There [were] no obvious systematic changes over time,” meaning any efforts to understand enrolment fluctuations may be futile.

Meade said that the survey results offered the University “some very positive reinforcement about a variety of aspects of our marketing, recruitment and admission efforts.”

In the six years since 2012, over which Mount Allison’s enrolment has been steadily dropping, provincial undergraduate enrolment numbers have moved between 0.5 and 4.0 per cent decrease, with no coordination with the degrees of variation in Mt. A’s numbers.

Irwin joked about record-high enrolment years like 2012 being due to a popular high school kid going to a certain university a certain year and bringing all their friends with them, but for all anyone knows that could be the case.