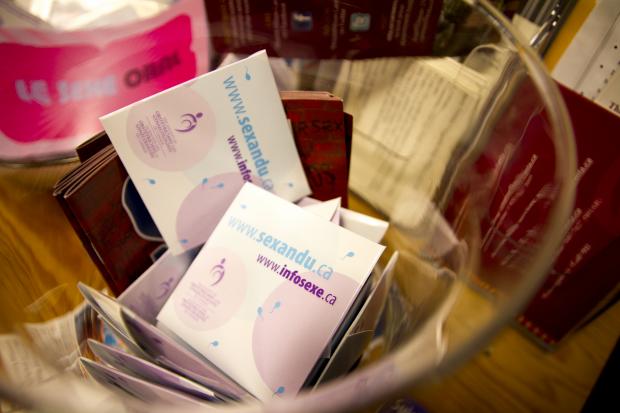 Students practicing safe sex on campus have a variety of routes to free condoms, but one has been unavailable recently due to a problem with a page on the Mount Allison Students’ Union (MASU) website.

MASU Vice-President, Campus Life Heather Webster told The Argosy she was not aware of the error, and clarified that it was a problem with the website rather than a cancellation of the service.

Webster said the error would be fixed as soon as possible. It is not clear how long the page was not working. Webster said there were ninety condom deliveries to student mailboxes last term.

MASU condom services have been expanded during Webster’s tenure as vice-president. Free condom dispensers were set up in the male and female washrooms in The Pond at the end of November 2013.

“We expanded on the mailbox service to have condom dispensers,” Webster said.

Webster said that her 2012 vice-presidential campaign had focused in part on improving the efficiency of the Wellness Centre. The Wellness Centre’s nurse told Webster she spent most of her time testing sexually transmitted infections.

Webster felt that reducing the number of students going to the Wellness Centre concerned about STIs would be useful.

Webster said that while students had access to condoms during the day, through the Wellness Centre and the mailbox program, there was a lack of access at night, when a student may be going home with someone after a night at The Pond.

The dispenser program was initially intended to replace the mailboxes. “I had hoped that we would phase out the mailbox system,” Webster said.

But the dispenser in the men’s washroom was destroyed in its first night of operation, at last term’s Last Class Bash on Nov. 30. That dispenser will not be replaced.

Webster said she could not justify spending more student money on something that would likely be destroyed again. She said she was told by pub staff that the men’s washroom is constantly experiencing damages.

While MASU bought the dispensers for $116, the condoms themselves are donated by AIDS Moncton.

Because of the destruction of the dispenser in the men’s washroom, it was decided to continue offering the mailbox service, so that male students would continue to have a source of condoms.

“We [needed] to continue offering the mailbox service because it’s not fair to males,” Webster said.

Webster said that student use of the mailbox service has been slowly declining, which was part of the motivation to phase out the service. In 2003, the first year of the program, there were 401 mailbox deliveries. In 2012, there were only 130 deliveries.

Students can receive five condoms a term from MASU through the mailbox program. Trojan donates the condoms for the mailbox service.

Students are also able to get condoms at the Wellness Centre. Those living in residence can also obtain condoms from residence assistants.