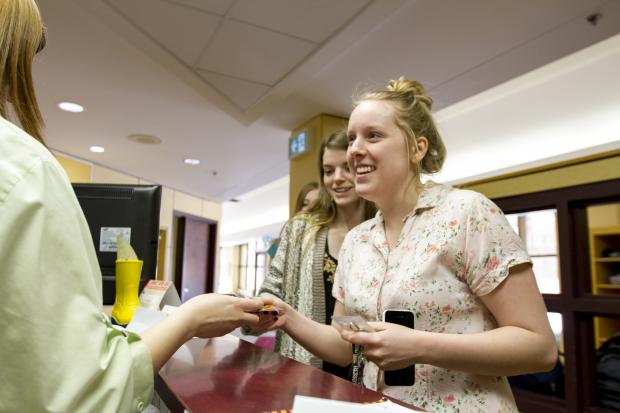 Mount Allison Students’ Union wants off-campus students to have more dining choices on campus. Council voted unanimously to support the adoption of pre-paid off-campus meal plans to supplement the existing “7-Day Unlimited” and “Pay as You Go” meal plans. Ryan Lebreton, an off-campus councillor and the future vice-president campus life, will be advocating in meetings with the administration to try and make it a reality.

The report included breakdowns of more flexible off-campus meal plans offered at the University of Prince Edward Island, Acadia University, Bishop’s, and St. Francis Xavier. The report is meant to assist Lebreton and Michelle Strain in attempting to develop a plan for Mt. A.

The survey polled 66 students over social media. Sixty-three of the respondents said a pre-purchased off-campus meal hall plan appealed to them. Eighty-three per cent of respondents said they would use the plan for lunch or dinner.

The motion stated that surveyed off-campus students expressed a desire for Jennings to offer pre-paid plans tailored to their needs and that the 7-day unlimited meal plan was not viable or necessary for the majority of off-campus students.

“I’m hoping it will be available next year,” said Lebreton. “I will work hard for the rest of the term and in the summer to do so.”

The MASU-proposed meal plan would be offered only to Mt. A students who do not live in residence.

As recently as a few years ago, meal hall offered a wide variety of meal plans to both on- and off-campus students. This number fell over the years, and students can now either pay for individual meals one at a time, or pay for unlimited access to meal hall.

Lebreton said this plan would address the problem of limited access to food on campus given limited hours at Gracie’s and limited offerings at the Flying Bean.

Alex Economou, an off-campus councillor, voted in favour, but has doubts about the demand.

“I am in favour,” said Economou. “However, I suspect the actual uptake and usage of the plan, if the university decides to offer them, will be significantly less than the the perceived interest and demand.” Lebreton said the next step is a meeting with Strain to try and make the plan a reality.

The off-campus meal plan was a platform point for Lebreton during the executive elections.

“It’s a disservice to off-campus students, and there is no reason or no economic setback for this program so it seems pretty obvious that it should be implemented,” said Lebreton.