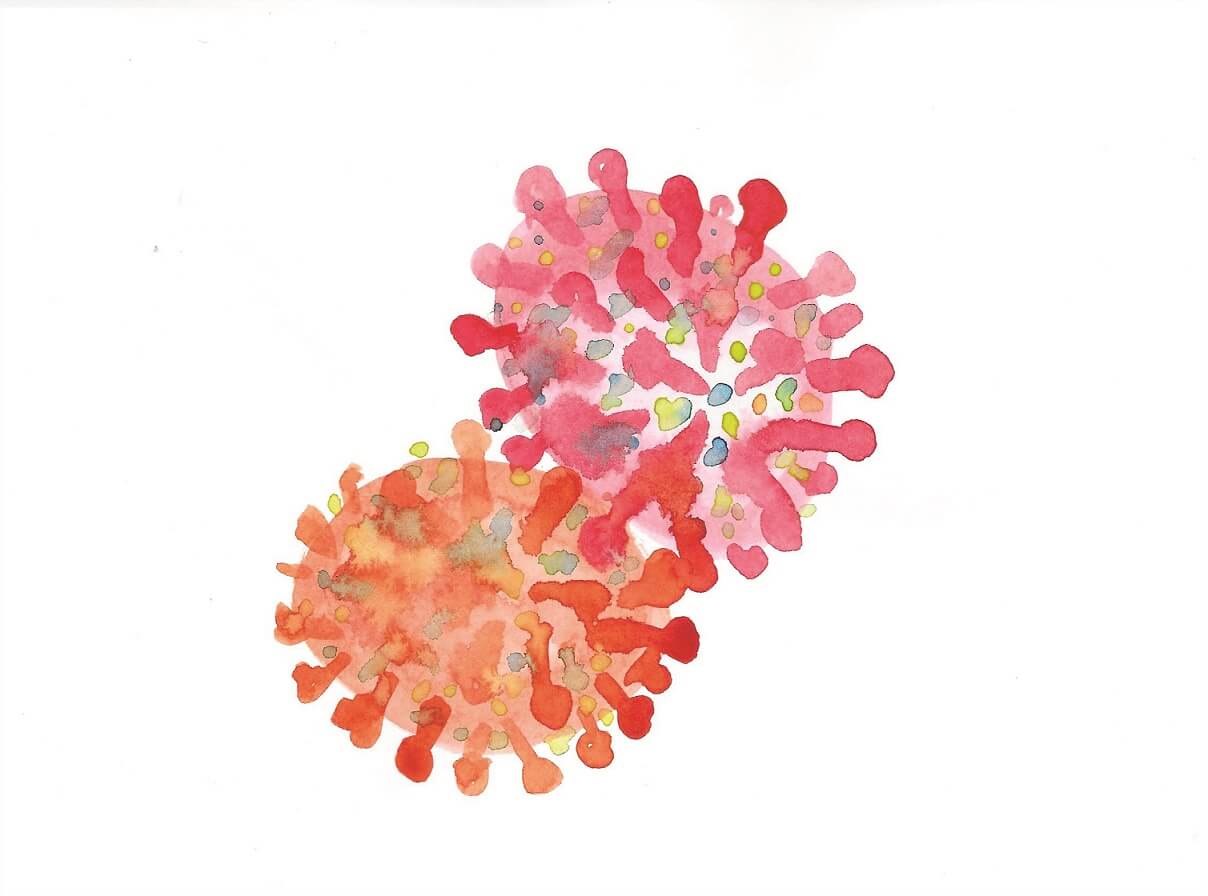 One year since the virus took over our lives, how much more do we know now? 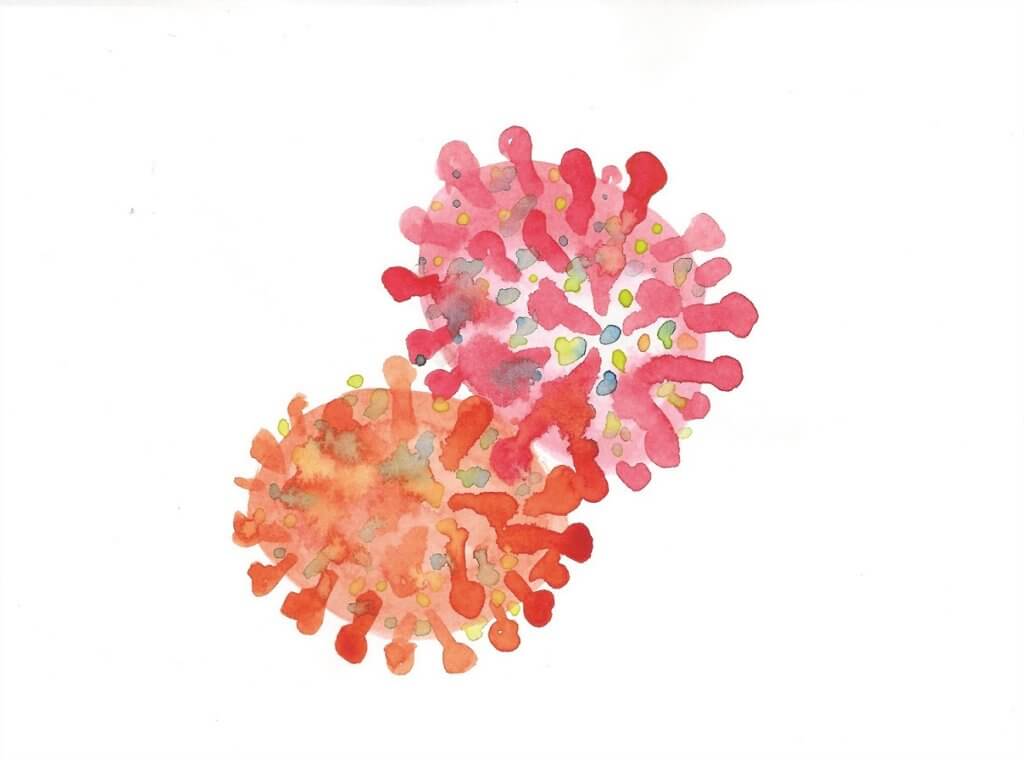 It has been almost a year since COVID-19 began to dominate our lives. So what has the past year taught us about viruses, about science? The pandemic has reminded us that times of great hardship can lead to great change and great increases in knowledge. With that in mind, it is time to take a deep dive into the things Coronavirus has taught us.

It was established pretty early on that COVID-19 is a virus, which means that it is a tiny parasite. Viruses are incapable of reproducing outside of a host body, and can only live for a finite amount of time without a host. On the other hand, viruses mutate easily and can quickly produce multiple strains. In the latter third of 2020, we glimpsed many new strains of the virus, each with unique infectious and drug resistance capabilities. The specifics of coronavirus itself are a bit fuzzier, but here is what we do know:

COVID-19 is spread via water droplets in the air. The average human exhale is about 5-7% water vapour, droplets of moisture, and mucus. These are expelled from the body along with other waste products like N₂, Ar, and CO₂. These respiratory droplets can house the virus for short periods of time. It is also speculated that under favourable conditions, the virus can be airborne. Airborn transmission seems to only be possible in warm and humid climates though, so for right now, New Brunswick seems pretty safe. For us, COVID-19 is mostly spread by respiratory droplets, hence the mask mandates that can lower the likelihood of transmission by up to 95%. This is only if masks are worn properly and combined with other precautions like handwashing and face shields. Once the virus has been transmitted to a new host, there is an incubation period of between 4 and 7 days after being contracted. 95% of carriers show symptoms after about 11 to 12 days after exposure. However the serial interval of the virus ranges from 4 to 5 days, shorter than the incubation period. Essentially, this means that pre-symptomatic transmission can occur. How many people asymptomatic carriers can actually infect before showing symptoms themselves remains unclear, as studying virus transfer is a difficult process with high margins for error. At this point in time, there is just not enough data to form a reasonable theory of the full extent of Coronavirus’ routes of transmission.

Now that we’ve (briefly) covered what we know about the virus, let’s talk about how that knowledge has aided us in fighting the largest global health catastrophe in a century. In the race to find a vaccine for Coronavirus, we seem to have done a pretty good job. As it stands right now, the most ineffective vaccine on the market is at 66%, nearly 30% lower than its competitors. However, the Johnson and Johnson vaccine was trialed to a much larger focus group than both Pfizer and Moderna‘s two dose vaccines. J&J’s is also the only single dose inoculation available right now. The speed at which all three of these vaccines were produced is impressive, to say the least. Early estimates predicted the first widely publicly available vaccines to begin distribution in 2022, or even 2023. However, the speed at which these vaccines were pushed through comes at a price. 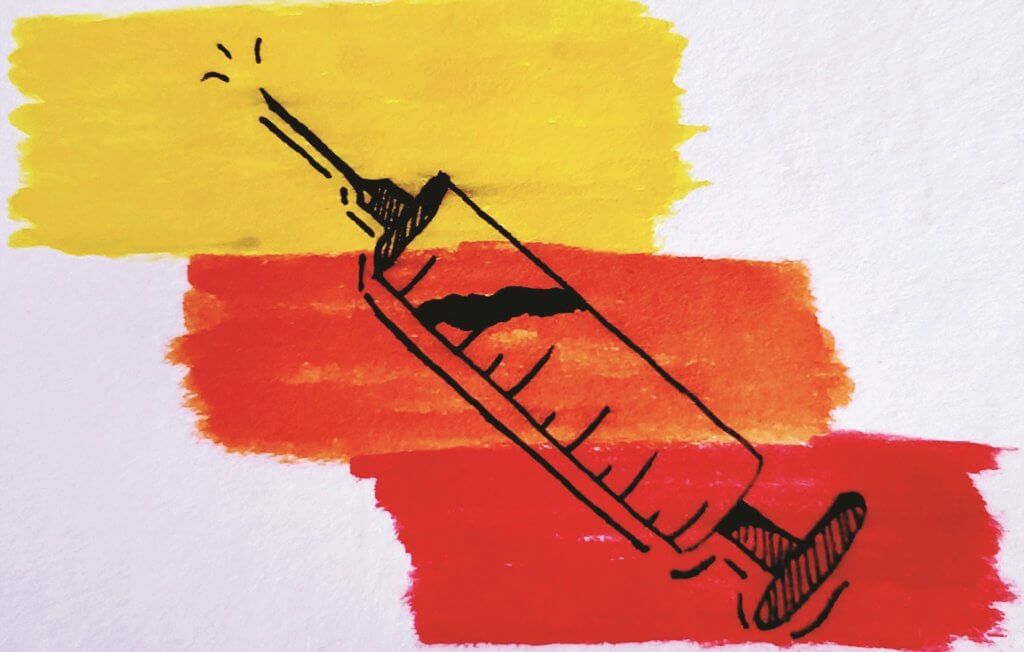 Pfizer was the first to officially announce a vaccine, one which was over 90% effective. For a brand new vaccine, this rate of effectiveness is almost unheard of, and for good reason. The Pfizer, and subsequent Moderna vaccines were trialed on groups of fewer than 50 000 individuals (about 0.7% of the global population). The trial groups also notably lacked diversity, being tested predominantly on healthy middle aged individuals of European descent.

We have begun to see the drawbacks of limited trials, as side effects of the vaccines, particularly for seniors, become apparent. In the US, seniors, who were and are some of the first people to receive the vaccine, have reported more severe side effects than originally predicted. Most reports coming in state that side effects are more common and more severe after the second dose of the inoculation. These symptoms include, but are not limited to: severe pain, joint and muscle stiffness, respiratory issues, seizures, heart palpitations, and in very rare circumstances, death. It should be noted that fewer than 5 deaths over the past 12 weeks have been attributed to the COVID vaccine. Studies have shown that this is relatively high compared to other vaccines, given the short lifespan of the COVID-19 inoculation so far, but these studies also point out that this rate is not high enough to be cause for alarm. Severe side effects in other age groups do not seem to be a problem at this point in time; though, it should still be noted that the sample size is still small and relatively homogeneous.ata on racial minorities is still being collected.

The global distribution of the vaccines is also under scrutiny, as so far most of the vaccines are based in mRNA, a naturally occurring biological marker which requires storage in at least -70⁰C, though -80⁰C is preferred. Distributing these vaccines to poorer areas of the world is proving a big challenge. Only distributing to the wealthy raises not only ethical concerns, but also risks of more COVID-19 waves, at a higher severity. Because virus’ mutate so quickly, there is a very real likelihood that strains immune to the vaccines can develop in uninoculated areas, and spread just as we have seen with the original strain.

After looking at the global state of affairs, let’s bring it back a little closer to home. Given what is known about the virus itself, and the vaccines, are New Brunswick’s protective measures in accordance with the science? The short answer is: kind of. New Brunswick’s stratified recovery plans make sense on certain levels. The problems that arise from the zone stratification alight because the Province has set its main goal for the pandemic to keep the provincial economy healthy and sustained, rather than the actual residents of the province. Right now, Orange and Red levels of the NB plan are essentially operating on the same level, single household bubbles– though the size of this bubble changes from 5 to 10 people with the jump from red to orange, and with limited excursions for necessities. However, schools and malls remain open in NB’s red phase of recovery. This directly contradicts the scientific evidence gathered so far about COVID. Malls and schools are two of the highest areas of contraction for the virus, on the same level as airports and bars. This is reflected in the provinces current case numbers, January of 2021 alone NB has had more cases than the entirety of 2020. Lack of testing facilities for much of the province’s rural population is also a problem. Sackville itself just received its own testing facility, after much advocacy by MLA Megan Mitton, the MASU, and members of the Sackville town council. The testing facility, which is set up at the Tantramar Veterans Memorial Civic Center, is currently operating part time, offering tests by appointment. Anyone who would like to be tested can book online at gnb.ca/coronavirus or call 811.

What would an effective recovery plan look like, then, since ours seems to be at best sub par? For that, I looked to places handling the pandemic so well that it is easy for residents of these countries to forget a pandemic is sweeping the globe. New Zealand and Australia, especially, have come out leading the pack when it comes to dealing with the Coronavirus. Both of these places initiated a mandatory lockdown for 2-6 weeks (depending on location) at the beginning of the pandemic. For the period of lockdown, individuals remained in their homes, working and socializing from indoors and/or online. The exceptions to lockdown were a very few select necessity stores (in New Zealand), which were given government grants to be able to make deliveries to those being isolated, essential healthcare workers, and law enforcement. All other business and schooling was conducted remotely. This strategy purged New Zealand, and much of Australia, of the virus in a relatively short amount of time. Both countries currently have no cases, and business is continuing as usual, with social gatherings, concerts, sports, ect.– happening without restriction. New Zealand also announced last week that its borders will remain shut through the end of 2021, until the entire country has been inoculated. New Brunswick and the other Atlantic provinces could easily initiate a mandatory lockdown similar to New Zealand. This would mean that for about a month, we would continue to live in this red phase, but cease all nonessential business (malls), and continue remote schooling. If the examples on the other side of the globe hold true here, this would establish the Atlantic bubble once again as a safe zone, and allow for greater economic health, personal health, and mental health benefits in the long run.

This pandemic is not going away for good anytime soon, with how quickly it is mutating. Looking long term, it seems that temporary, yet drastic short term measures and mandates allow for long term prosperity of all kinds, maybe it is time New Brunswick take a cue from across the globe.