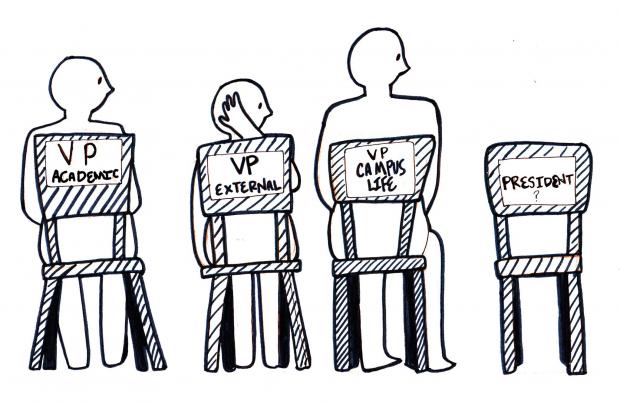 A proposal to “unappoint” the Mount Allison Students’ Union’s chief returning officer has been sent to the union’s council.

The move follows an election cycle which saw an election result announced but then overturned just days later, leaving MASU without a president-elect for next year.

The Argosy learned Feb. 2 from the chief returning officer, Rayan Bouhlel, that the election of Dylan Wooley-Berry had been overturned.

MASU received at least two complaints about the presidential race. The union has announced that Ombudsperson Maggie Fyfe is investigating at least one.

The motion to “unappoint the CRO Rayan Bouhlel” says Bouhlel did not take “the appropriate or responsible measures to rectify his errors” and “making decisions against the best interests of the students,” and calls for the deputy returning officer to determine what should be done about the presidential election.

Bouhlel said operating procedures 8.9 and 9.6, which respectively bar alcohol use from campaign events and allow the CRO to overturn an election result if evidence of rule-breaking is found after the polls have closed, gave him the authority to overturn the election.

Bouhlel’s decision appears to be in line with MASU operating procedure 9.2 section IV. The procedure reads that “if a candidate is found to be in violation of 8.5 or 8.9 they will be disqualified pending investigation.”

Josh Outerbridge, MASU’s vice-president of finance and operations, questioned the legitimacy of Bouhlel’s ability to make these decisions alone. “I’ve been reviewing the bylaws and based on my understanding the CRO does not have the power to unilaterally nullify an election,” Outerbridge said. “However, the CRO does have the power to disqualify candidates for certain infractions.”

It’s not clear what the functional difference between “nullifying an election” and disqualifying the winning candidate might be.

In screenshots of an email obtained by The Argosy, the text of the motion reads, “Whereas the CRO has not taken the appropriate or responsible measures to rectify his errors. Whereas the CRO is making decisions against the best interests of the students. Whereas this unresolved situation is hindering the MASU’s ability to move forward. Be it resolved: That council unappoint the CRO Rayan Bouhlel so that the Deputy Returning Officer (DRO) can choose the best course of action with regards to the current MASU presidential election situation.”

While the motion has been circulated, there’s no guarantee that it will move ahead as is. Councillors could opt to amend, reject or accept it.

Bouhlel did not comment on the motion before press time.

Part A reads, “One week notice of the motion to remove a MASU non-contract staff person shall be given to Council and the staff person in question.”

Part C says that a staff member who has “neglected” their duties can be fired if two-thirds of councillors approve.

The problems may have led to Wooley-Berry’s victory. The ability to abstain in any round of a MASU vote is guaranteed by bylaw.

With files from Richard Kent and Kevin Levangie.