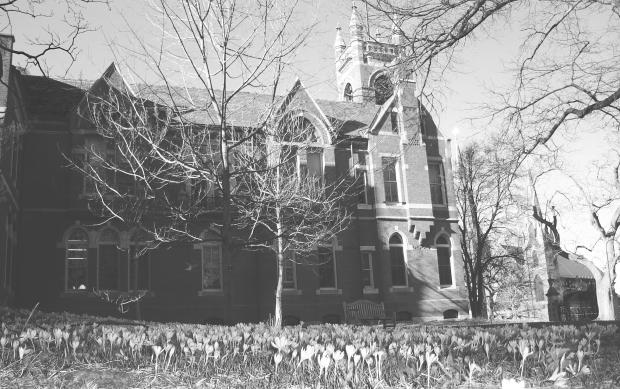 The concept of women’s colleges was conceived at a time when American universities, as well as those around the world, discriminated against a woman’s right to an education. This limited social mobility and financial independence. With this in mind, one could typically regard a women’s college as a haven of sorts for fostering an environment for women as intellectuals and scholars by creating a safe space for women to pursue higher education. However, do these colleges provide safe spaces for all women?

Smith College in Massachusetts – among other women’s colleges – has experienced backlash against their policies regarding transgender students. Particularly, Smith has come under fire due to the administration’s decision to deny acceptance to a transgender high school student, Calliope Wong.

Smith rejected Wong’s application because she is not legally or physically a woman, although she identifies as such. Under the college’s definition of its students, she cannot be admitted to the women’s college. This reasoning is absurd, given that Wong was able to present educational documents declaring her to be female despite one federal financial aid form that identified her as a male. The problem here is the college’s reliance on state and federal systems to define who is female and who is male. In many cases, it can be extremely difficult for transgender individuals to re-apply for passports and driver’s licenses that recognizes their self-identified gender.

One of the complications in a transgender person’s journey to acceptance at a women’s college is the college’s requirement to be considered legally female. What is particularly frustrating is the fact that legal definitions of who is deemed to be male or female can vary widely. For instance, in Connecticut, the only way to have legally transitioned is to undergo sexual confirmation surgery. Requirements like this may create a lasting barrier for many in transgender communities. Many transgender people may not have any desire to undergo surgeries which may have long-lasting complications. Some cannot simply afford to pay out-of-pocket for procedures that are not covered by many medical insurance plans and in many cases, cannot be accessed without a psychological diagnosis of gender dysphoria.

In an email to the New York Times, Audrey Smith, the vice president of enrollment at Smith College, tried to deflect blame from the college to federal programs by stating “We don’t define what constitutes a woman – we leave that to other entities or agencies to affirm.” This his seems like a cowardly path to take, as anyone can see that it is, by far, easier and quicker to change admissions policies than governmental policies.

Smith College also noted that they changed their admissions policy last year. Any document that does not pertain exclusively to admissions purposes will not be considered for admissions purposes. Thus, excluding federally-assigned documents such as financial aid forms and disability forms, among others. From this language, it would seem that Smith are making more allowances for transgender students than before. How will high schools factor into this equation? Smith College is allowing outside organizations to do their work for them, because they must be aware that many high schools will not change a student’s gender on their documents very easily, if they will change it at all.

Some women’s college admission policies tend to deflect the blame of exclusion onto other’s,  such as federal organizations. What this really should tell us is that our views on transgender issues need to be widened dramatically, because exclusions like the one faced by Calliope Wong, among many other transgender men and women, shouldn’t happen.