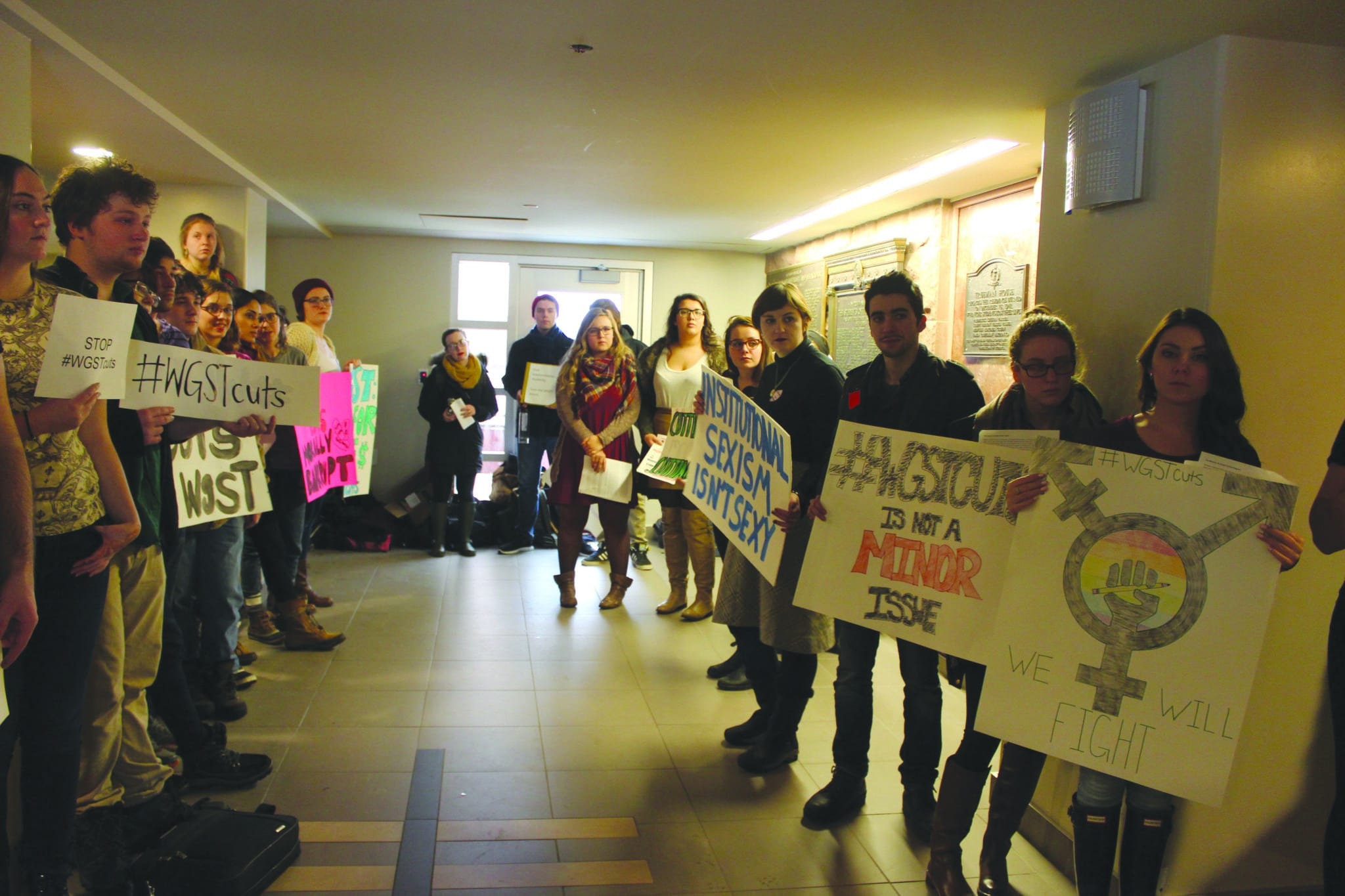 Women’s and gender studies (WGST) will have a full-time professor for the 2016-2017 year. This means the four core courses for the wgst program will be offered for the 2016-17 academic year. Students, including those who have not yet taken any WGST courses, can now declare minors in WGST.

Lisa Dawn Hamilton, acting director of the WGST program, had previously communicated to students enrolled in the minor that there was to be no staffing budget for the 2016-17 academic year. As such, none of the core WGST courses would have been offered.

Funding for a teaching position will be provided through the endowment fund—or more specifically through the creation of an additional McCain Fellowship. All other funding associated with the program (office supplies, photocopying, student assistants, general supplies) will continue on the same basis as previous years.

The full-time teaching position will be funded through the endowment fund for one year, which means it will not be a tenure-track position. The university planning committee will be reviewing proposals for tenuretrack positions from all departments, including WGST, in the fall of the next academic year.

In the past, the McCain Fellowship has funded three postdoctoral fellowships. A postdoctoral fellow professionally conducts research after the completion of their doctoral studies, teaching various classes as part of a temporary academic appointment.

In recent years, there has been enough money to fund only two positions. This year the endowment rebounded, and the extra funds will be allocated to the hiring of a WGST instructor.

According to Hamilton, the WGST program is allowed to accept applications from people working on their PhD, though applicants who already hold a PhD will most likely be given priority.

Before it was announced that the program was being fully funded, the WGST cuts were on the university Senate’s agenda. At the Feb. 16 Senate meeting, Hamilton presented a summary of what had happened in the past few weeks. She said, “A program should not be cut off of all resources without notice.” Hamilton also made reference to the process on vacancy positions, and noted that in the future, “it is important that this procedure [be] accessible to all department heads, for transparency.”

Mount Allison Students’ Union Vice-President Academic Affairs Mary Emma MacNeil read a statement on behalf of the WGST society. “Although this victory is exciting, it does not ensure the longterm sustainability of the WGST program beyond next year,” the statement read. “We can ensure that we will be as involved and present as we possibly can during those discussions in the coming months.”

At the end of MacNeil’s statement, Campbell stated that the administration took responsibility for the way the issue was handled.