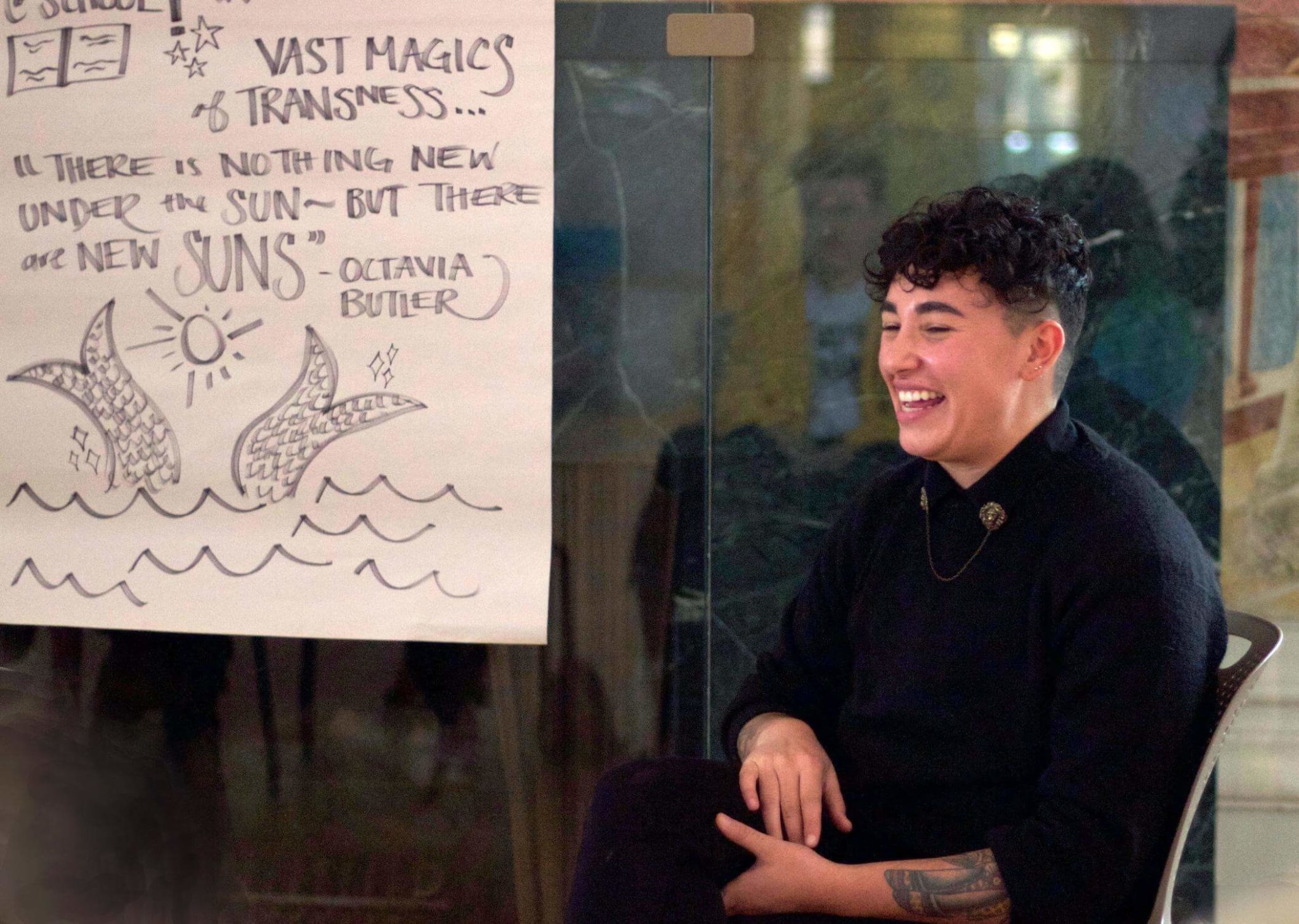 Workshop included speakers from Venus Envy, an education-based sex shop and bookstore out of Halifax

On Saturday, Jan. 11, SHARE and the Gender Affirmation Station held a gender-affirming gear workshop to help spread information about and support for the trans community.

Speakers from Venus Envy, an education-based sex shop and bookstore in Halifax, came to discuss attendees’ questions regarding gender, terminology, resources and expression. They also demonstrated and explained gender-affirming gear that they sell at their store and spoke about its safe use.

“Our mandate and mission is to talk about bodies in a non-biased way that gives people access to conversations that they may not have in current education systems,” said Carmel Farahbakhsh, one of the speakers from Venus Envy.

“Not knowing how to use gender-affirming gear safely is a massive problem. A lot of people use other materials such as duct tape or bandages, which comes with a lot of health risks,” said Eli Wood, founder of the Gender Affirmation Station and the MASU gender and sexual diversity representative.

The Gender Affirmation Station is a project Wood started with the help of a grant by Rising Youth. The goal of this project is to support trans people in the Sackville community.

“My main goal with coming to this workshop was to learn ways to become a better trans ally and an ally to the LGBTQ+ community in general, but specifically focusing on helping the trans community,” said Laren Bedgood, a fourth-year student. “I got some questions clarified regarding appropriate terminology to use with trans people and also [learned about] resources.”

“It’s really important to understand and see how in the future [trans awareness] can be more integrated in the university experience,” said Olivia Corrigan, a third-year student.

Wood explained that one of the best ways to support trans students is to realize that “It’s constantly a learning groove. Just being willing and open-minded to learning about things is critical. Being engaged and learning is the most important way to support peers and others in the community.”

“Everyone can learn how to be an ally. SHARE does work with Catalyst and the Gender Affirmation Station to try to offer what we call positive space workshops,” said SHARE advisor Melody Petlock. “The big focus of that is allyship.”

It was noted at the event that the Gender Affirmation Station is one of the only resources that trans students have in New Brunswick. “There’s not a lot of resources for trans students or trans people in general,” said Wood.

The Gender Affirmation Station provides services to address the needs of community members as well as students. “We provide services for trans folks in the form of gender-affirming gear such as binders and gaffs, holding events, as well as providing social support,” said Wood.

The Gender Affirmation Station also helps to financially support students so that they can purchase gender-affirming gear. Mt. A offers support that students may need via counselling.