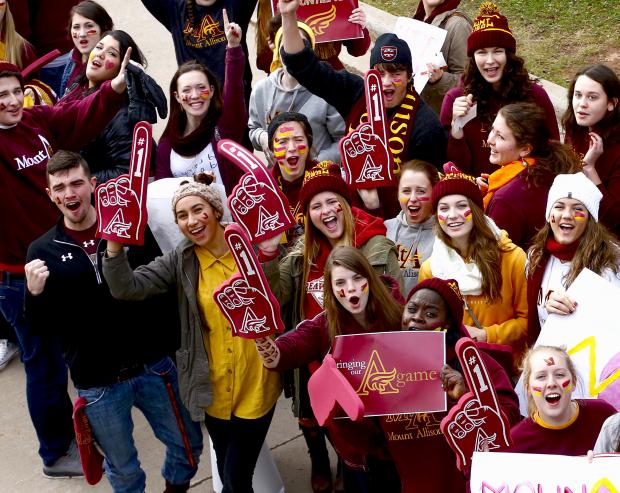 Mount Allison University’s first Uteck Bowl saw nearly 4,000 attendants, around 1,000 of whom were students. Tickets were regularly fifteen dollars, but students were able to purchase tickets for only five dollars due to donations from the Campbell-Verduyn Fund and the Mount Allison Student Union (MASU).

Josh Outerbridge, MASU vice-president, finance and operations announced at the Nov. 18 council meeting that these subsidies cost the union $5,000.

The Campbell-Verduyn Fund gave MASU only an hour to agree to an offer, promising to match MASU donations up to $5,000. The Campbell-Verduyn Fund received a private donation covering the costs of its subsidy just a week before the Uteck Bowl, and one hour before tickets went on sale. Outerbridge and a few executive members agreed to the expenditure within an hour, with little time for consulting others. Together, the fund and the MASU made donations worth $10,000, and 1,000 tickets were made available to students at a ten dollar discount.

During the council meeting Outerbridge explained that “the MASU was approached by the administration, specifically Dr. Campbell, and they gave us this offer: ‘We will match any donation you guys will make up until $5,000.’”

Vice-President, Campus Life Heather Webster elaborated, saying that “I went to a meeting Tuesday at noon, and they said ‘Can we have $5,000?” and I said ‘Well, the [MASU executive] needs to vote on it tonight at our meeting.’ They replied ‘No we need to know right now, because tickets are going on sale in an hour.’”

Outerbridge encouraged any councillors with concerns about the process to draft a bylaw, and that he would “create a new bylaw that allows the Executive to use funds from the surplus with council approval” for events of this nature.

Several councillors were concerned about the ability of the executive to spend MASU money without consulting council, though no one voiced public dissent about this particular donation. Councillor Dylan Wooley-Berry proposed a motion that tasked the Operations Committee with proposing a way to limit the ways in which the Executive can spend money by the second council meeting in January. The motion passed with sixteen in favour and seven opposed.

During the meeting, Outerbridge said that he felt the money would directly benefit students, adding that “given the gravity of the event, had we had more time we could have convened council.”

Fourth-year student Elizabeth MacDonald said that the subsidy “doesn’t seem appropriate [though] what they did …  ended up being cheaper for students.” Macdonald added, “in my experience, sometimes Mt. A does sneaky things for appearances.” In order to avoid this happening again, she suggested better communication between the executive and councillors.

Ron Byrne, Mt. A’s Vice-President International and Student Affairs spoke on behalf of the Campbell-Verduyn Fund, saying that “given the tradition of students being able to get into varsity events without charge, we just thought [of] the local tradition and history [and] we looked at ways to reduce the impact for students.”

As far as the students’ union being asked to spend a hefty sum with little consultation, Byrne said it was up to the union to make that decision in line with their procedures.

“I’m sure you’re going to get some opinions about what someone should and shouldn’t have done, as long as they followed the protocols and given the time frame involved … we needed to have decisions made quickly,” Byrne said. “For our part, we were thrilled that MASU was able to respond so quickly.”

Outerbridge responded to criticism in a different way saying, “the MASU has a lot of services and some of them cost a lot of money.” Outerbridge suggested it was a cost effective measure.

“We saw that $5,000 was going to benefit forty per cent of the student body directly. That is how we justified it,” he said.

MASU was also given two signs field side free of charge by AUS, because “they were so impressed with the students’ union’s involvement,” Webster said.