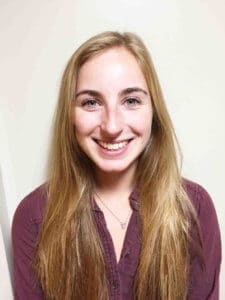 “I am an environmental science student minoring in political science. I love to play outside and am interested in human impacts on the environment. My honours project looks at microplastics and their export into New Brunswick rivers under the supervision of Dr. Joshua Kurek. Microplastics are tiny plastics that come from a variety of sources and have negative consequences that work through the food web. I’m excited about my work because it has enabled me to learn new skills both in the field and the lab and will hopefully affect how microplastics are managed in wastewater treatment facilities!” 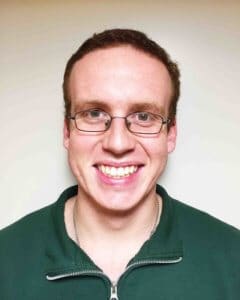 Colin Robertson is a fourth-year honours student in the history department.

“For my research this year I am working with Dr. Lundell to examine the way two talented Christian exegetes understood Paul’s Letter to the Romans. Martin Luther and Erasmus of Rotterdam were the two most influential thinkers of the early 16th century, but they came from different backgrounds and reached radically different conclusions about Christian doctrine. Luther was a nominalist-trained reformer with an extremely sharp mind who delivered a series of lectures on Romans in 1515 and 1516. Erasmus, a reform-minded humanist known for his unsurpassed eloquence and philological skills, published his Paraphrase of Romans in 1517. I am very excited to be working on these two men who had such a profound effect on the history of Christianity, especially on the 500th anniversary of the start of the Reformation.”