Skip to content
In pursuit of connection: The first interdisciplinary conversation of the year

Professors from various disciplines present their take on a common theme

A philosopher, a pianist and a psychologist walk into a theatre. What sounds like the opener of a bad joke was actually the first of six interdisciplinary conversations happening on campus this year. This is the fourth year that these conversations are taking place at Mount Allison.

Due to a scheduling conflict, the first talk took place in the Motyer-Fancy Theatre as opposed to the Owens Art Gallery. This minor disturbance did not prevent a healthy crowd of roughly 20 to 30 people from attending the talk. The audience included students, professors representing multiple disciplines and various members of the local community.

The first 30 minutes of these talks are divided evenly between three speakers, usually professors. After the brief lectures, the other 30 minutes are dedicated to a lively discussion between the panelists and the audience. Guiding these lectures and questions is a theme for each year’s conversations. The greater theme of this year’s dialogues is “connections.”

The unique trait of these talks is how each presenter interprets this broad theme. The three panelist for this round of talks were Dr. David Rogosin of the music department, Dr. Lisa Hamilton of the psychology department and Dr. Roopen Majithia of the philosophy department. Each panelist brought their own experiences, research and flavour to the event.

Rogosin opened the event by speaking on his relationship with music and Aikido, a martial art focused on deflecting attacks and one’s own self-connection. His focus was the interpersonal and personal connections within his life’s two passions, aikido and musical performance. Rogosin specifically spoke to the deep internal connection every performer feels as they attempt to execute their craft perfectly. Also, a major point of focus was that it is important to not only listen to others, but also to your own body and soul.

Following Rogosin, Hamilton discussed the connection between the emerging field of social neuroscience and social justice. Her talk was composed of topics pertinent for the present day, such as the malleability of “in-groups and out-groups.” In-groups refer to the social groups that an individual identifies themself as a member of and out-groups are those with which the individual does not identify. Research in the field of social neuroscience has shown that they are defined by social context, not simply biological hardwiring.

Finishing the series was Majithia, who spoke on the connections between the Global East and the West in an age of growing global tension. One of the points he emphasized was for the people of the world to find common problems that can be overcome together. “Conversations have lagged, and it is good to see them revived again in this way,” Majithia said on interdisciplinary conversations.

Sandy MacIver, a member of the ad hoc committee behind the talks, emphasized that these talks “can be a community, that we can create community amongst all of us if we can get us together in this same room and have these kinds of conversations.”

The next interdisciplinary talk is set to take place on Oct. 18, from 4:30 to 5:20 p.m., most likely in the Owens Art Gallery as usual. All are welcome to join the next session of dialogue and, of course, connection. 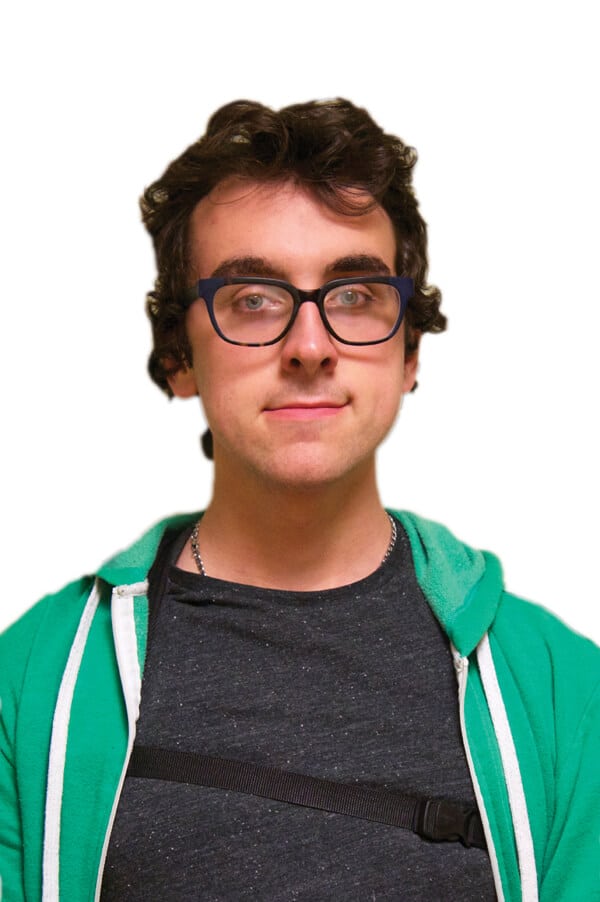