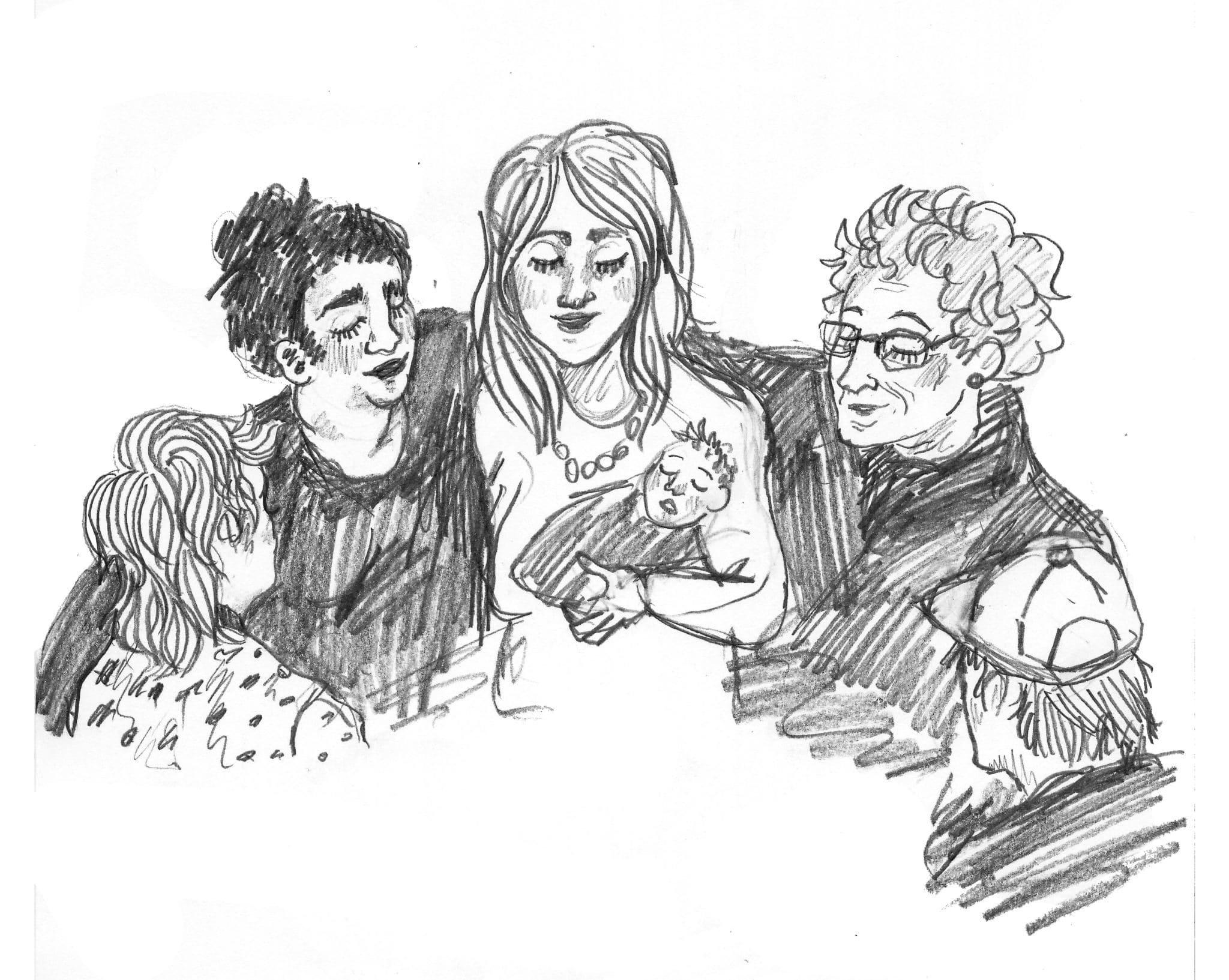 On Monday night at the Sackville Commons, women and people of all genders gathered to discuss womanhood and its impact on mental health. Organized by Julia Feltham, executive director of the Sackville Commons, the conversation circle sought to provide a supportive space for women to discuss their personal experiences and guidance on how to use our passions in actions.

Roughly 20 people were in attendance, most of whom identified as women, and every age, from toddlers to retired Sackville residents, was represented.

Elizabeth Copeland, a writer and mature student at Mount Allison, attended the event.

“I think we have to get together, get out of our little echo chambers, and come together with all of our differences, fears and hopes,” Copeland said.

Copeland, who moved to Sackville in July, said it was an important event to form an intergenerational sense of community in the town.

The conversation circle covered a variety of topics, from the socialization of young girls to the difficulties women face in taking on leadership roles.

Motherhood was a central topic of discussion for the many mothers who attended the event, including the value and necessity of raising feminist children, how to talk to daughters about sexism and finding value in motherhood beyond economic productivity.

Hanna Longard, a third-year biology student, emphasized the importance of the intergenerational element of this event relative to many of the events hosted at Mt. A.

“We like to think [at Mt. A] that we’re super progressive and diverse, but we’re pretty homogenous in the grand scheme of things. It’s nice to ground yourself in a community of people who have lived here their whole lives, as community connections are really important to my mental health.”

Some older women also discussed how heartbroken they have been to see progress in their lifetime only to see drastic setbacks in the past few years. Discussions surrounding the election of Donald Trump, a man who has bragged about sexual assault in the past, were particularly emotional.

A petition created by the Women’s and Gender Studies Society circulated. The petition asked for an investigation into Judge Gregory Lenehan’s statement that a “drunk can consent” in a recent rape case in Halifax.

Sharon Strong, a long-time Sackville resident, said she “came to see what was [available] to support women, to get more support and to feel included in women’s issues.

“Growing up and coming from a poor family, none of that was really discussed, so this is all a new platform even for me,” she said.

Participants were also encouraged to brainstorm actions that could be taken in the Sackville community to support feminist goals. Participants said that having educational feminist conversations, fighting for trauma-informed sexual violence response services and advocating for improved mental health services for survivors were all necessary actions.

Feltham said that her goal was to create a toolkit for parents and educators to talk to their children about women’s issues, provide support for women and discuss how feminism has changed throughout the participants’ lifetimes in an accessible, gender-inclusive way.

According to Feltham, women supporting women is itself a radical action.

Feltham also said that there would likely be follow-up events in the future to provide ongoing support for women in the community. There will also be a conversation circle on the topic of masculinity and mental health at the Commons on March 27 at 3 p.m.

Whether a third-generation feminist, a recent immigrant who wishes to form a sense of community in Sackville or a grandmother who wants a better future for her granddaughter, all participants expressed the value and importance of the conversation circle.