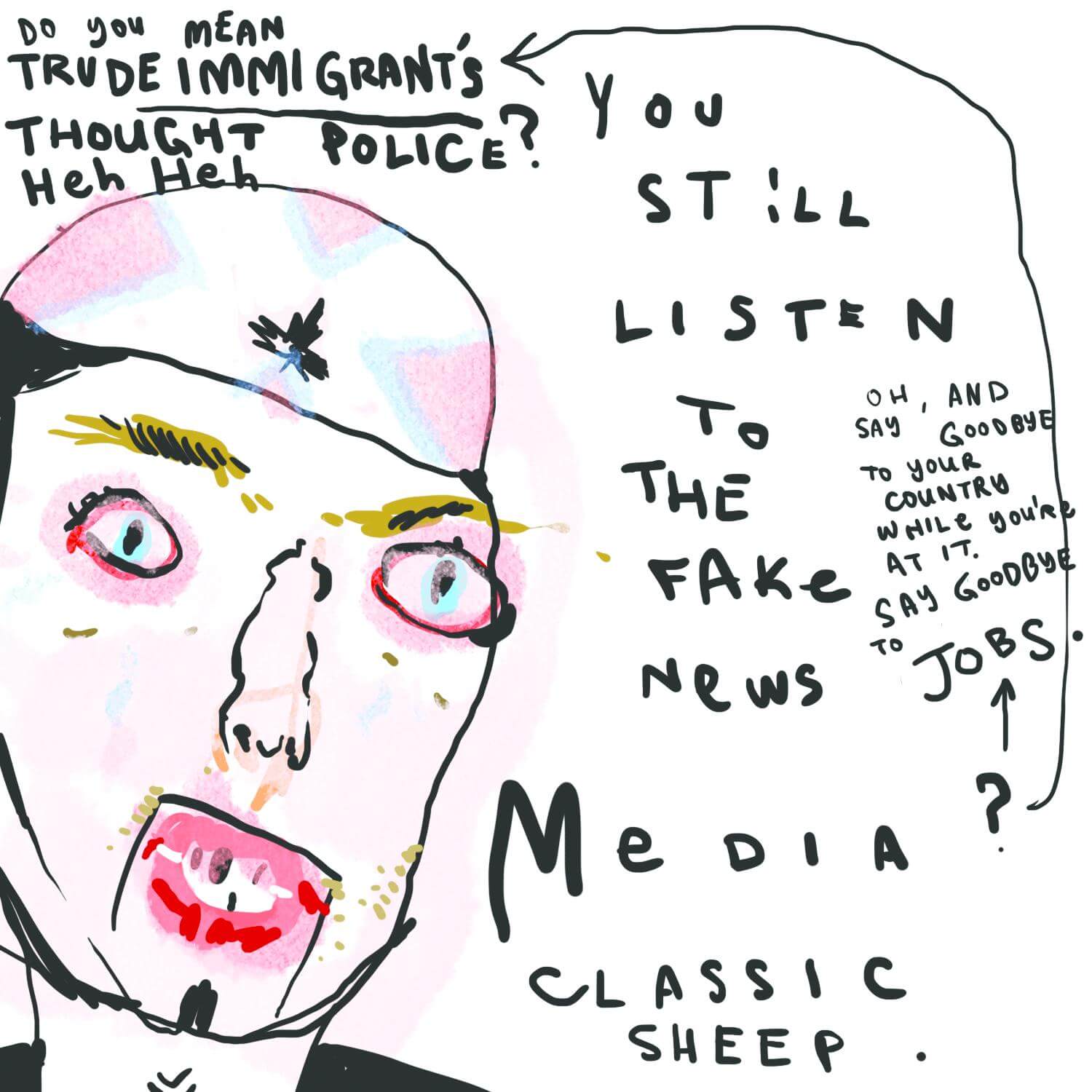 Catherine Cano speaks to the Mt. A community about the decline of free press and democracy

“There’s a strong link between government influence over the media and the erosion of democracy,” said Catherine Cano, journalist and president of the Cable Public Affairs Channel. “As democracy has declined in the last few years, media ranking has also suffered.… There is so much information that is not mandated and not checked, that is either wrong or misleading, or unclear.”

Cano, a guest speaker for the political science department, gave a talk on Feb. 25 about the importance of independent media’s role in combating the rise of misinformation and disinformation currently challenging democracy.

CPAC is a Canadian television service created by a consortium of cable companies. On their website, they self-identify as “Canada’s only privately-owned, commercial-free, not-for-profit, bilingual licensed television service … [that] provides a window on Parliament, politics and public affairs in Canada and around the world.”

“CPAC is considered non-biased [and] neutral,” said Cano. “We present every view. It is not about a debate of the right or debate of the left. We present all of them … so people can make up their own minds.”

Cano discussed how the emergence of the Internet has changed the ways people receive information. Some economists called it “a new golden age for free speech” when it was first emerging, but Cano pointed out that in recent years, the negative side of the Internet and its effect on free media has become clear.

Free media, or the freedom of the press, is defined by the Merriam-Webster dictionary as “the right of newspapers, magazines, etc., to report the news without being controlled by the government.” Free press is generally acknowledged as a pillar of any democratic country, as the alternative is censorship.

“Democracy dies in darkness,” Cano said, quoting the Washington Post’s tagline. “I think it’s fair to say that we may be overreacting but … [then] you realize there is a retreat globally from the right to choose in free and fair elections and the freedom of the press across the globe.”

When asked about the possible ramifications of a decline in free media, James Devine, head of Mount Allison’s politics and international relations department, said, “[The democracy] we have now may not be perfect but if we don’t have any sort of freedom of the press then we’re going to lose what we have and there won’t be any hope of going forward.”

Cano said that this global retreat from free media has added to a decline in global democracy since 2006. Freedom House, a non-governmental organization that conducts research on democracy, found that “In 2017 it was the 12th consecutive year in which political rights and civil liberties had been declining all over the world,” she said.

Cano noted that the Democracy Index, a study from the Economist, found that 89 out of 167 countries received lower scores in 2017 than they had the year before. “Overall, the index that studies 60 indicators across five categories … found that less than five per cent of the world population currently lives in a full democracy,” she said.

Cano also said that some political scientists right now are referring to it as a “democratic recession.”

Devine agreed with this idea: “You can see it in the United States. What’s happening with the Trump administration is a direct assault on the democratic institutions of the state and the idea and principle of the division of powers. He doesn’t want to accept the checks and balances on his own personal power.”

Devine also noted that it’s not just the United States. “It’s easy for us in Canada to look at the US and be completely captivated by what’s happening there, but you see the same thing in Europe, in Brazil – the rise of right-wing populist political figures who are challenging the democratic principles of their state,” she said. “They’re using democratic institutions to get in power but once they’re there they clearly don’t respect democratic principles.”

Devine added that he thinks we will see this phenomenon in Canada too. “You can see it with some politicians already,” he said. “It hasn’t been able to break through at the national level yet but we’ve got a federal election coming up [so] we’re going to see.”

Near the end of the talk, Cano asked the audience, “How can [the media] do better?”

One person answered that we can’t address important issues when leaders on both sides of the political spectrum never have to answer tough questions: “What media should be doing is it should be putting leaders and candidates in positions where they have to answer tough questions that they’re not allowed to dodge because … a lot of federal leaders like an environment where they can totally control discourse.”

Cano also emphasized why it’s important for students to learn more and express their own opinions regarding public policy, the media and understanding their democracy. “Whatever is decided in Ottawa does matter,” she said, “because that’s your life, that’s what you’re going to experience in the years ahead of you.”