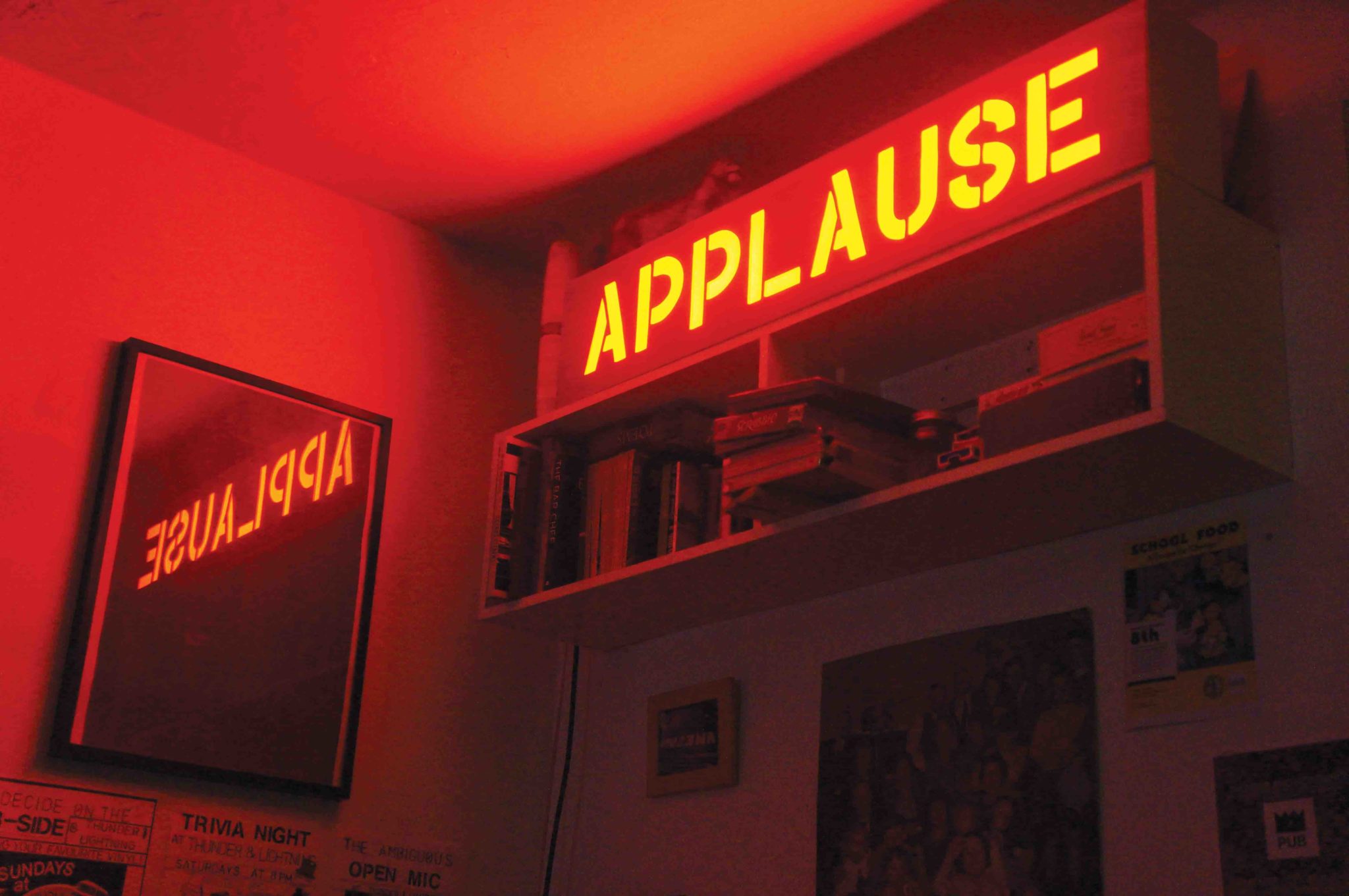 Local bar Thunder and Lightning has recently been hit with several petty thefts. Owner Glenn Barrington, who purchased the bar in August 2016, decorates the bar with his own personal effects. Recently, some small prints were stolen from the bathrooms. Barrington finds that small thefts occur every few months, though items are also often taken and moved to different locations within the bar. “It’s just dumb things that drunk people do,” he said.

“If it is deliberate, I don’t know why,” Barrington continued. “I don’t like to think that people would dislike this bar to the point of wanting to take things from it.”

Thunder and Lightning is currently using their second sidewalk sign, as the first was taken from its place just outside of the bar. The two signs were both made for the bar by a friend of the owner. A robbery from the cash register occurred earlier this year in March.

Barrington connects the thefts to “mob mentality,” and blames the thefts on the drunken escapades of non-regulars to the bar, as he doesn’t believe a regular patron would be a likely culprit.

Shannon Power, a fourth-year Mount Allison student, said, “It is certainly not the first time things have been stolen from the bar. It is sad considering they make an effort to show off artwork and other interesting things, only to be stolen.”

A former UNB student and regular to the bar, who wished only to be identified as Justin said, “I don’t live here, but I’m always here.  Sackville is such a small community, and you’re affecting a lot of people when you give yourself free range as a ‘drunken joke’ to steal things.”

Barrington added that this past October, a group of young, intoxicated women ran down Bridge Street ripping flowers from the town’s planters. He stated that without a doubt, the drinking culture at Mount Allison has had a great effect on the Town of Sackville, and that extends beyond the petty thefts that have occurred within his bar.

Barrington emphasized that students are responsible for “learning to respect the town, and appreciating how cool and unique Sackville is.” He expressed how disheartening it is to come in and see that things have been taken.