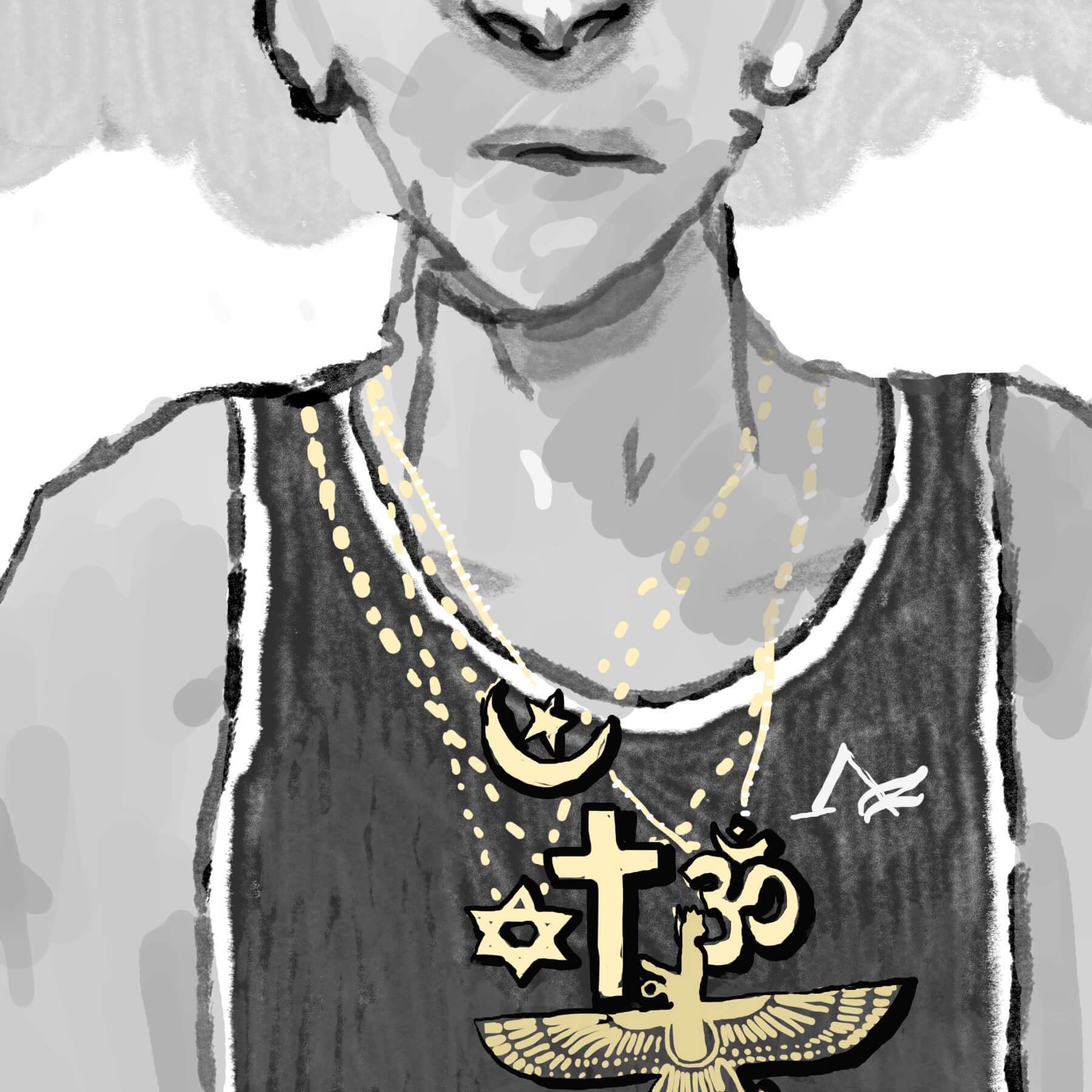 Students share their personal experiences of practicing religion away from home

Young adulthood is a time when values and beliefs are questioned and explored. Mount Allison is home to students coming from diverse faith backgrounds, many of whom are grappling with how to navigate and balance student life and spiritual life.

Hannah Ingalls, a third-year psychology student, found that her faith has been especially important to her since coming to university: “I can’t remember a time where going to church wasn’t important to me.… It’s always been a big part of my life.”

In her first year, she became involved with the Inter-Varsity Christian Fellowship group, which provided an opportunity to gain a deeper understanding through conversations and discussions. She’s also gotten the chance to connect with the greater Sackville community through a student lunch program at her local church, where members host students on Sundays.

Gultaj Sangha, a fifth-year psychology student, has found himself embracing Sikhism more than before he came to university. “Even now I am not the epitome of a Sikh man,” he said. “However as the physical distance between myself and India has grown, along with taking some religion courses and a growing understanding of the world, I have found myself growing closer to Sikhism.”

Fourth-year PPE student Tierra Stokes grew up in a Christian community. “My family itself isn’t super religious but everyone I knew was Christian,” said Stokes.

Through taking philosophy classes, she began to reassess her religious identity. “I don’t really identify as a Christian.… I don’t necessarily believe in one God but I’m more spiritual in general,” said Stokes.

Many feel apprehensive about speaking about their faith or allowing people to know that they are religious. Stokes felt like she had to hide her religious identity because of the negative stereotypes around Christianity. “It was always a really important part of my life, but coming here I felt uncomfortable about it,” said Stokes. “Kind of aggressive questions about Christianity and people saying you’re wrong… I felt like I had to become the spokesperson here for all the things I didn’t know.”

There can also be the challenge of finding a space to practice your faith. Third-year international relations student Kira Gill-Mayer didn’t find a group to practice with until the end of her first term of university. “People are afraid to ask people because if they ask someone, it means they’ll know I’m a Christian and that’ll break your cover,” said Gill-Mayer.

When she did find a group, she was afraid that she wouldn’t be accepted because she has two moms, but was happy to find that people were open and accepting.

Many shared this apprehension about sharing their religious identity out of fear of no longer being taken seriously. “It was a fear of people not thinking you’re intelligent or that you didn’t understand anything,” said Stokes. “It felt a lot like ‘Oh, you still believe in Santa’ kind of thing.”

Rev. John Perkin, the University chaplain, can be a resource for students looking for a faith community on campus. “One of the things they can do is they can come to me,” Perkin said. “We have a chapel … [that is] intended to be denominationally inclusive.”

The chapel is open every day and is available as a quiet space for anyone. There are multifaith prayer spaces on campus, including one in the Student Centre and one in the basement of the Chapel, that are open to anyone, religious or not. Perkin works with students of diverse faith backgrounds to ensure people have spaces to practice on campus.