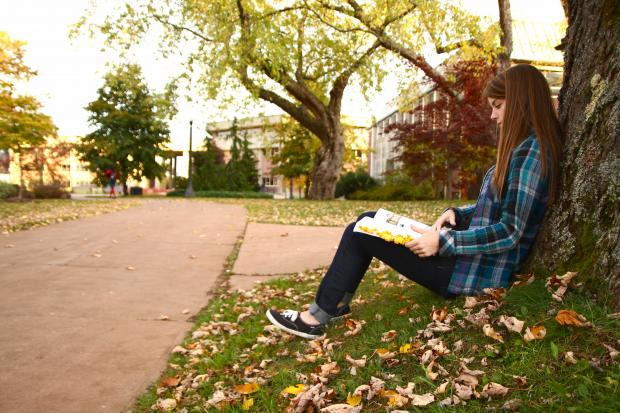 The Mount Allison Students’ Union (MASU) recently passed policies endorsing the creation of a fall reading week, as well as increasing the importance of Student Evaluations of Teaching. MASU Vice-President, Academic Affairs Ryan Harley proposed both of the policies at the October 7 Students’ Administrative Council meeting. Both policies are aimed at enhancing—among other things—the quality of students’ academic experience.

The policy motion about a fall reading week focused particularly on “student mental health,” given that it “is a growing concern in the post-secondary education system.”

In an interview, Harley cited “an emerging realization that there’s no meaningful difference between the work load of a spring semester and the workload of a fall semester.”

“Spring break came about because of Seasonal Affective Disorder, but what a lot of research is finding is that time off in the fall semester can have just as much of a positive effect on student wellbeing and success,” he said.

Karen Grant, Mt. A’s provost and vice-president academic, explained a university senate committee prepared a report about such a break last year. Despite what she called, “general support for the concept,” Faculty Council had concerns about “the impact of a fall break(s) on courses and labs that are only offered once per week.” As such, the committee’s deliberations are ongoing, and the matter has not yet “been referred back to the Faculty Council and Senate.”

Kyle Forbes, a third-year Fine Arts student, said he supported the break, explaining, “no real difference exists between Fall Semester and Winter Semester, so it makes no sense to only have one break. It would be a valuable mental health break between midterm seasons.”

Others expressed concern about the effects of a rearranged schedule. At the council meeting, Arts Councillor Kyle Nimmrichter expressed his reservations, saying, “[t]his break would take away from classroom time that either would have to be made up or deleted altogether.”

“If it were made up, at the end of the summer break, that’s time that people spend working, and a few days taken from that would really impact students, especially those who are not financially well-off,” Nimmrichter continued.

Harley responded by arguing  that “most fall reading weeks in the country are added onto Thanksgiving or Remembrance Day,” or created by “shuffling independent study days.”

According to the policy document, the MASU now promotes a university teaching policy in which SETs are “seriously considered in making decisions about hiring, tenure, and promotion,” and recommends that the results be made available for “viewing and publication.”

Harley emphasized that greater reliance on SETs “is not supposed to be punitive,” but, “first and foremost [a tool for] professional development.”

“There is no mechanism in place for the results of evaluations to be made available to students and their representatives. This is common practice at many other universities across Canada,” said Grant.

Grant explained that work is ongoing with SETs, which became mandatory for Mt. A courses in 2006: “The university has advanced new contract language that would see the incorporation of students’ evaluations of teaching as part of evaluative processes at Mount Allison,” she said.