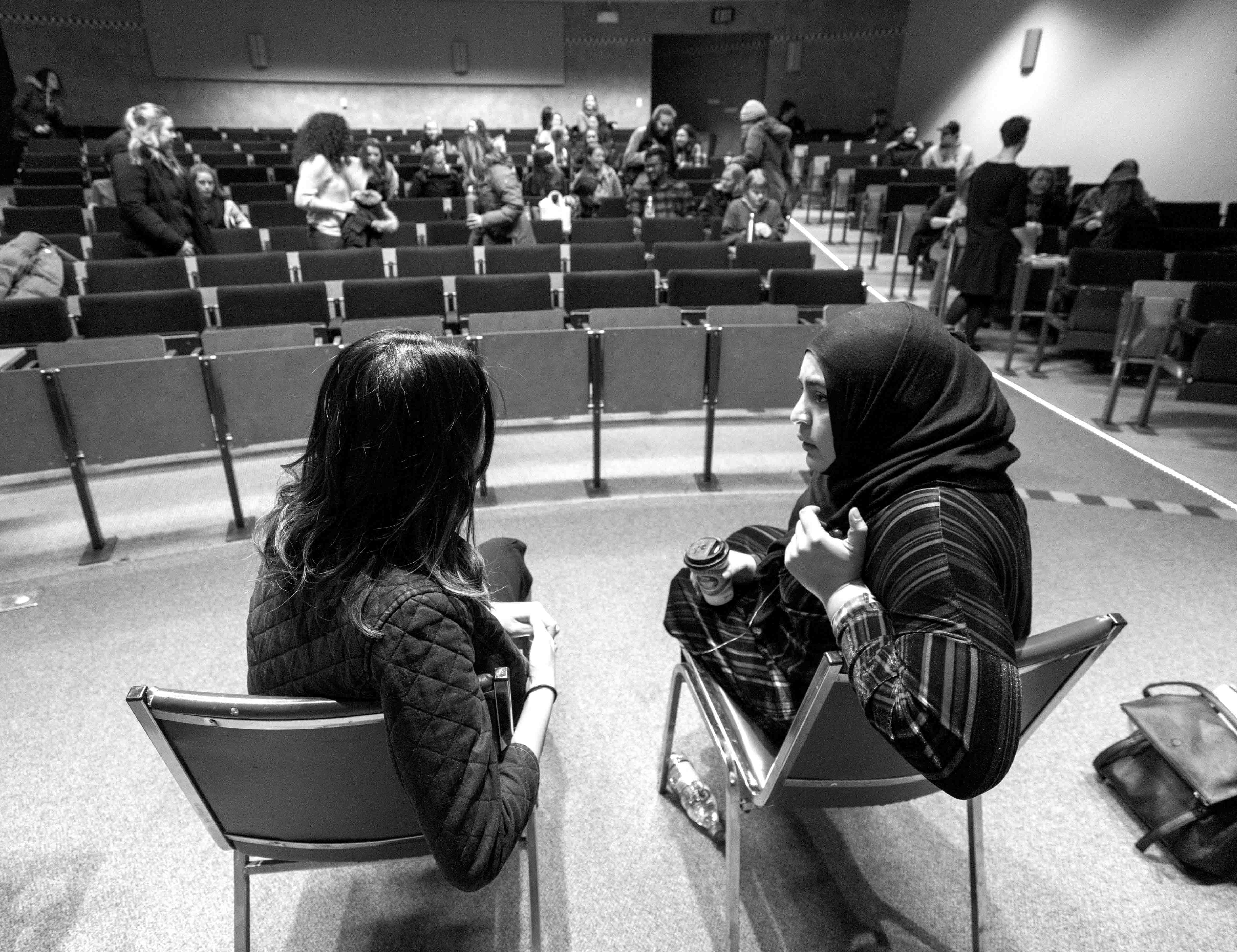 Centre for International Studies organizes a public conversation between Khan and Mt. A student Tina Oh

To her critics, Masuma Khan says, “I’m just a human being, a person who is fed up – someone’s kid.”

As an Afghan-Muslim and racialized woman growing up in Halifax, Khan said she is no stranger to discrimination and systemic racism. As the vice-president academic and external for the Dalhousie Student Union, outgoing president of Dalhousie’s Muslim Association, leader of Dalhousie’s protest of high tuition fees last year and organizer of the public vigil after the Quebec City mosque shooting, Khan has often faced the judgement of her peers. However, in the past year as her story left Dalhousie, Khan has come under international scrutiny.

Last June, in an effort to support Canada’s Indigenous communities and reject what she considered to be a celebration of colonization and genocide, Khan moved that the Dalhousie Student Union not participate in Canada 150. On March 5, Mount Allison’s Centre for International Studies hosted Khan to speak about her experiences.

After her motion was made public, there was an immediate backlash that led Khan to make a Facebook post about how little she was concerned about white fragility. Khan was then investigated by Dalhousie after a complaint was filed by another student stating that “Targeting ‘white people’ who celebrate Canada Day is blatant discrimination.”

Dalhousie decided to take disciplinary action after Khan rejected the initial offer of undergoing counselling and writing a reflective essay.

Khan says she just wants the conversation around these events to return to being about the colonizing and discriminatory nature of so much of what we still do as settler-Canadians. She spent the majority of her talk with Tina Oh and the question period that followed speaking on the topic of Indigenous rights.

Her identity as an ally and accomplice to other marginalized communities is central to Khan’s activism. Khan feels it is her duty as a settler to include Canada’s Indigenous communities in her efforts. “You can’t talk about activism or movement or liberation on this land without involving Indigenous people – it can’t happen anymore. It is so disrespectful to not centre them when talking about liberating others in their territory. I won’t partake in anything that doesn’t have Indigenous women at the forefront,” she said.

When an audience member criticised Khan for dismissing the concept of “white genocide” – something a white supremacist website accused her of supporting – and by extension the attempted Acadian genocide and playing into a “victim game” when centring Indigenous genocide, Khan’s response was met with applause.

“When we’re talking about genocide, when we’re talking about Indigenous people, it’s because Indigenous people are still being displaced, still going through intergenerational trauma, the 60s scoop, the residential schools still active until 1996, Indigenous children being the highest represented in the foster care system, Indigenous people making up less than three per cent of the population and yet being the highest represented within incarceration and policing systems. So it is important to recognise no one is denying that Acadians went through what they went through, but you can’t talk about that without talking about whose land you’re on, because this land you’re talking about is based off of the understanding that our relationship would be one of peace and friendship and that was not honoured, still is not being honoured – Tina Fontaine is happening right now, Colten Boushie is happening right now.”

Despite a year of death threats, racial slurs, accusations of being “anti-Canadian” and appearing on American white supremacy sites as a terrorist, Khan is currently running for re-election as vice-president academic and external for the Dalhousie Student Union. “I decided I’m just gonna do it, because the work never stops, and Dalhousie is extremely oppressive, as are all institutions,” she said. “I’m so scared of someone coming into the position and not being survivor-centric, not understanding racialized issues, grad student issues, international student issues, not understanding their settler identity and the duty they have ­– because that’s not in the constitution.”