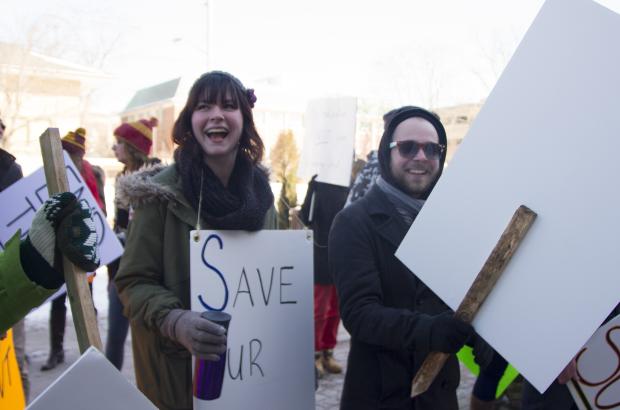 During the faculty strike that put a stop to regular classes for three weeks, MASU found itself in a rather precarious position: representing the interests of a student body with diverse opinions regarding the conflict between MAFA and the administration.

Throughout the strike, MASU held a neutral position. Ryan Harley, MASU vice-president, academic affairs, said that this push-back from students was unfortunate.

“The conversation around neutrality was so misinterpreted,” Harley said. “Our neutrality extended only to the fact that we weren’t willing to endorse one negotiating party over another.”

A week into the strike, MASU released a statement that its neutral stance was “pro-solution,” which meant that they wanted a return to class as soon as possible. This stance resulted in a significant backlash against the association.

Alex Thomas, a founding member of the Student Strike Headquarters, said the neutral position of the MASU was unacceptable. Citing tuition as a central issue, he expressed his resentment toward the MASU for not taking an early stance on the matter.

“I really wish they had taken a stance on tuition,” Thomas said. “When the strike was on the horizon, they could’ve said ‘hold onto your tuition’ and that would’ve given us a lot more leverage when it came to a tuition rebate.”

While many students were not satisfied with MASU’s neutral stance, a number of students seemed to empathize with MASU, pointing to the difficulty of its position in the situation.

“I have to commend them for remaining as natural as possible,” said Martha Kerr, a third-year sociology student. “MASU made it clear that they were in favour of going back to classes as quickly as possible.”

Mélanie Leblanc, a third-year French student, said that MASU seemed too careful in choosing their stance.

“I think they really tried to follow what seemed to be right in the situation. However, I don’t think they did a bad job at representing us.”

While students criticized the union for remaining neutral, MASU claimed its stance was always in the best interest of its students.

“I’m confident that myself and my colleagues did exactly what we thought was best at the time. At the end of the day, all I could do was what I thought was best,” said Harley.