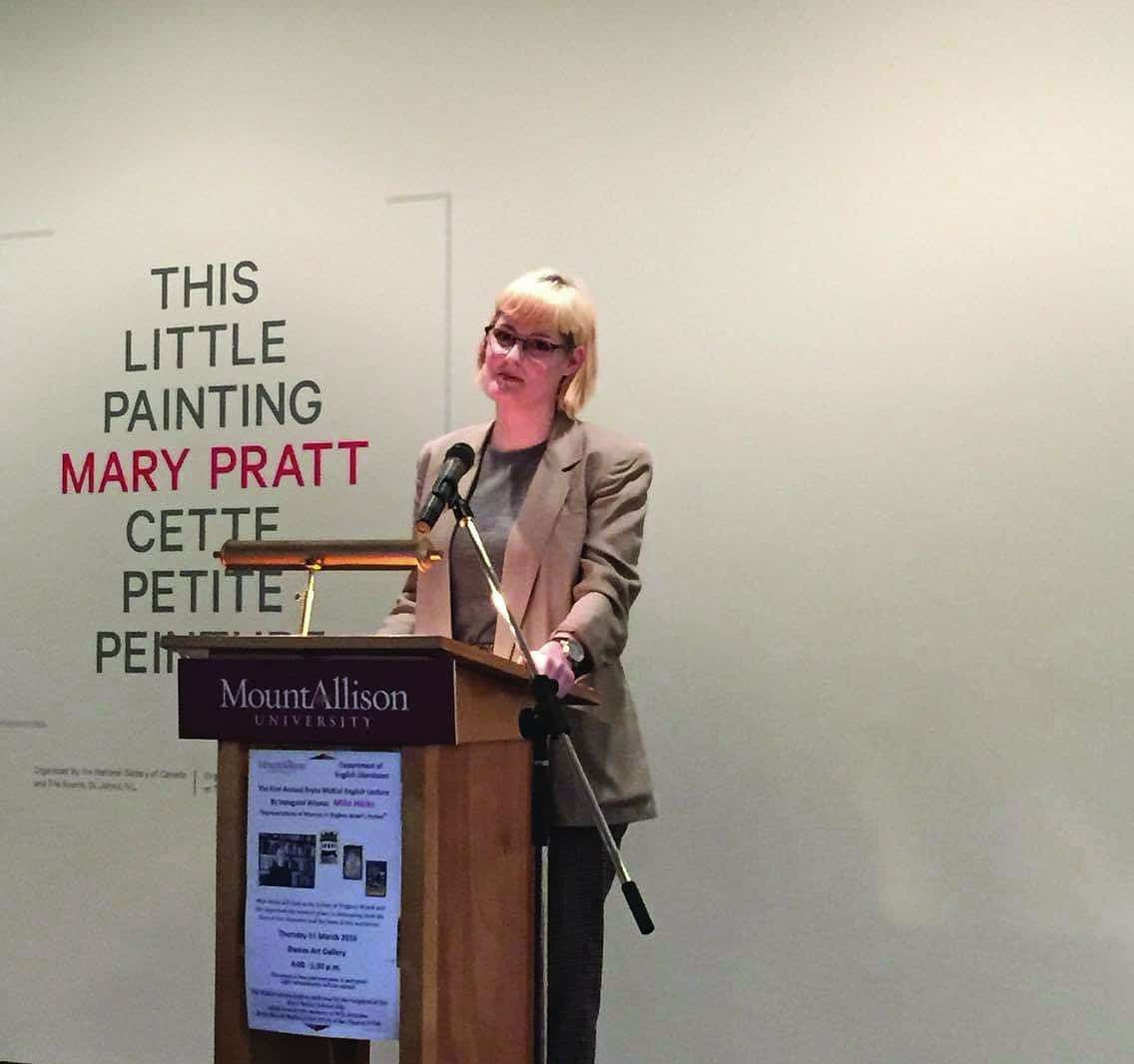 Fourth-year English honours student Milo Hicks presented her thesis work on Virginia Woolf’s representation of memory at the first Bryce McKiel English Lecture on March 31. Hicks is the first recipient of this English department scholarship. Robert Lapp, head of the English department, was teary-eyed as he introduced Hicks.

Lapp said, “[The McKeil Scholarship] honours a student who has performed well academically in third year […] and embodies the spirit of the department.” Hicks has served as the co-editor of 7 Mondays, has worked in various teaching assistant positions, and presented papers at multiple conferences.

Hicks presented the audience of her lecture with multiple different ways Woolf uses memory, one of the most distinct being the power of art and imagination in To the Lighthouse.

“It is not art itself that creates these imaginative spaces, it is memory. Memory is able to connect the past and present in meaningful ways,” said Hicks. “Art is a means of establishing a harmony between the actual and ideal.”

Hicks incorporated character sketches of characters from Woolf’s novels which she wrote in her creative writing class with Geordie Miller in pamphlets which were given out before her lecture.

The Bryce McKiel Scholarship and Lecture were created in the name of Bryce Garrett McKeil, who attended Mount Allison from 1947 to 1951, and his aunt and uncle, who both taught at the university. McKeil passed away in 2014 from cancer.

“[McKeil] established and then led a group of friends to help him carry on a successful program […] that year after year made thousands of books and recordings available to persons in [Toronto] whose comprised health and financial resources would have otherwise denied them and their families access to such material,” said Carolle de Ste. Croix, the director of alumni and development, as part of her introduction to the McKeil scholarship.

McKeil’s aunt and uncle were also important members of the Mt. A community. McKeil’s aunt,  Christian McKeil, attended the ladies’ college and went on to become the first women to receive professorship at Mt. A. She worked in the fine arts department. McKeil’s uncle, Harold Wilson McKeil, was a professor of mechanical engineering and became the dean of science and later the first vice-president of Mt. A.

“This award is made possible by his remembered gratitude to his relatives for their kindness to him when he was a student at Mount Allison,” said de Ste. Croix, “and by his enduring affection and respect in which he held Mount Allison for more than six decades.”