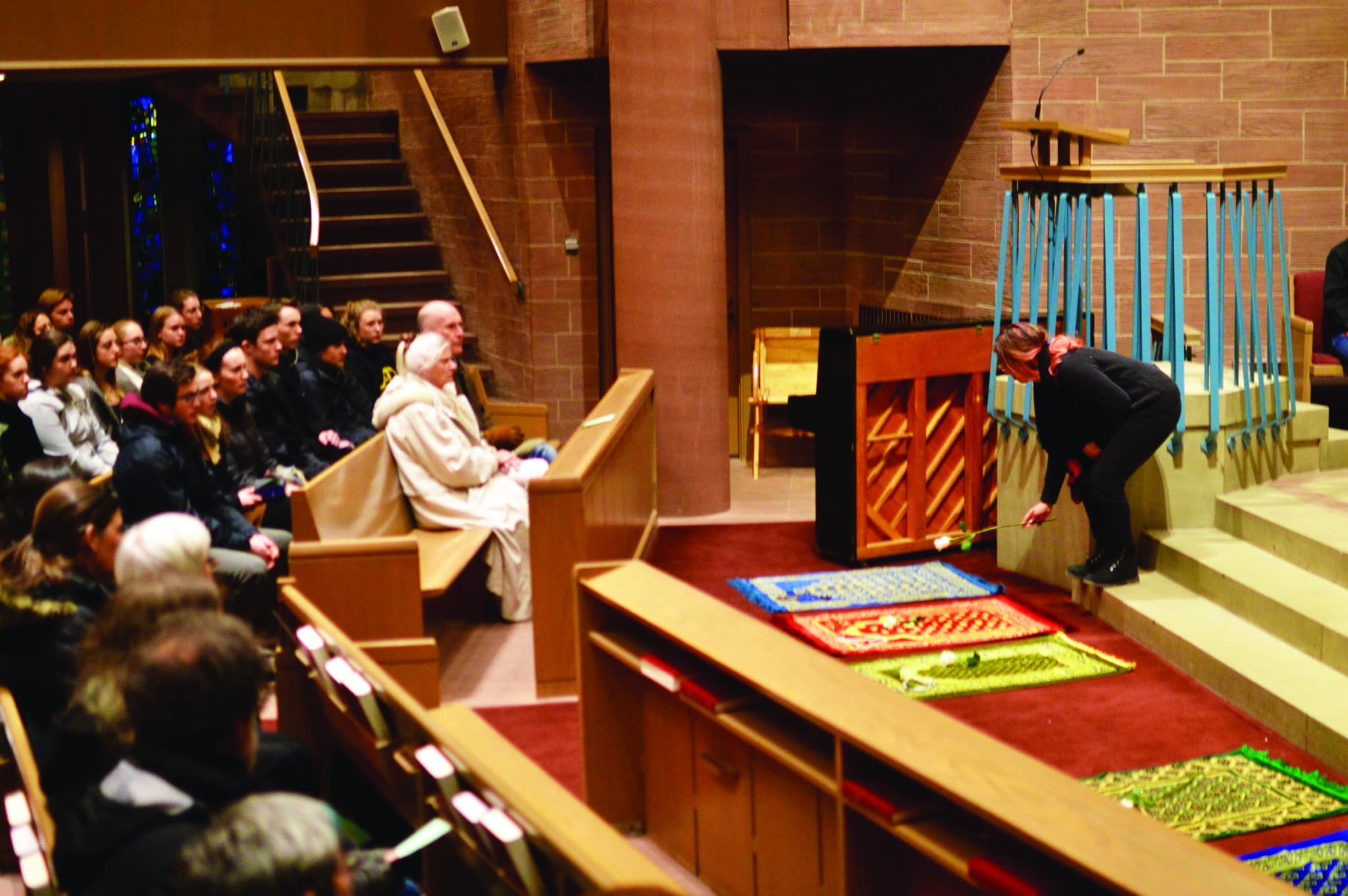 A vigil of solidarity and friendship for Muslim communities took place in the Mount Allison chapel on Sunday, Feb. 12. Planned by the Chaplain’s Office in partnership with the Chaplaincy Advisory Group and the Sackville Clergy, the vigil gave the Sackville community an opportunity to mourn the victims of the Quebec City mosque shooting and show its support to Muslims in our communities.

Reverend John Perkin began the ceremony with an address: “We gather this evening in an act of solid remembrance, in display of solidarity, and as an act of hope. We come together to say that the Canada we know is a Canada that stands in unity in its mosaic. In its diversity of peoples and religions, races and ideas, there is strength. We come together as a community to mourn, to memorialize, to express solidarity and friendship, especially to our Muslim friends and neighbours, to signal hope.”

Community members shared excerpts from sacred texts from many different traditions, prayers for peace and understanding, and words of consolation and solidarity. Attendees also wrote messages of love and care, which were then posted around the chapel.

Fourth-year student Maureen Adegbidi shared her thoughts on the problems within Canada that have been highlighted by the horrific Quebec City shooting. “Canada often acts like we’re exempt or above this kind of violence, but the mosque shooting was a reminder that that’s simply untrue,” she said. “Islamophobia is a Canadian problem, not one magically created by the American right.”

Third-year student Bridget Melnyk also attended the vigil. “I think the vigil did a beautiful job of reminding us to see each other complexly, instead of [making assumptions]. Some of us are new to religion, or left it, or converted; some of us believe in God [and] some of us don’t, but there are things about all of us that you’ll only know if you ask,” she said. Melnyk added that she felt inspired by the number of people who gathered for the vigil. “It’s so easy to feel like everyone is against you these days, but the chapel was full of people from a hundred different little boxes, all striving to do better and be a community,” she said.

Third-year student Ehsan Noori recognized that more needs to be done to address this type of terrorist violence. “I think vigils are good starting points in fighting xenophobia and racism,” Noori said. “However, this is not the end of our task. We must continue to fight racism and bigotry.”

”Here in Canada, here in Sackville,” Perkin said, “we respond and we stand together to affirm welcome, understanding, appreciation, friendship and community with all.”