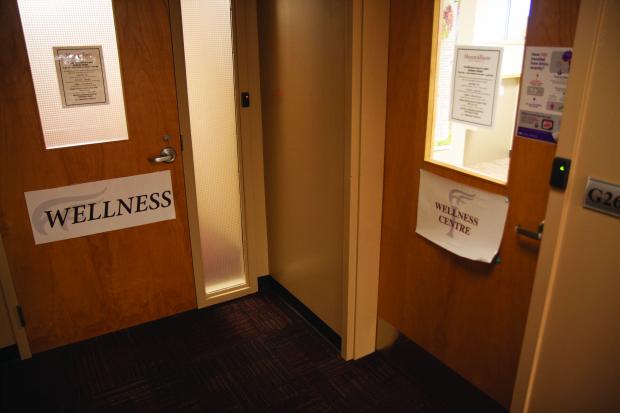 Mount Allison University and Mount Allison Students’ Union made substantial progress this week toward providing adequate mental health care. Starting on Oct. 22, a psychologist will be available to students every week by appointment.

On Oct. 22, Ron Byrne, vice-president of international and student affairs for Mount Allison, and Heather Webster, MASU president, announced a partnership between their organizations and Emmrys, Dawe, Parlee & Associates.

“The university saw that some [student’s] mental health issues were unable to be addressed by our counsellors,” said Webster.

“Students who had to seek these services off campus are now able to have them delivered on campus which is a huge convenience for everyone involved,” said Gayle Churchill, director of student life for Mount Allison.

The plan was originally to have a psychologist available for one half-day every month. “I really didn’t think that was enough,” said Webster. Professional therapy and assessment services will now be provided in the Wellness Centre every Wednesday by appointment.

After years in obscurity, mental health awareness and accessible services have been popular causes for the Mount Allison Students’ Union and student groups across the country. Many first year, north-side, and south side councillor candidates referenced it as a priority while campaigning. At the Annual General Meeting on Sept. 11., Andrew Johnston, the union’s vice-president campus life, spoke about the plans for adding psychologist services. Johnston also hosted a discussion group on mental health where students were able to explore future ideas for mental health awareness campaigns.

Change Your Mind, a student led organization that promotes mental health and aims to decrease the stigma at Mt. A, already hosts many of these awareness campaigns, such as ‘Elephant in the Room.’

“Mental healthcare is important because it impacts all other aspects of your life,” said Williams “When you’re a student, you’re here to learn and to study, if your mental health is not in a good place, it makes it hard to perform at the level you would normally be capable of.”

Both the university and MASU had received reports that the currently provided services were insufficient. Before these new psychologist services, access to a psychologist was only available outside of Sackville, requiring students with needs to travel to places like Moncton in order to receive help.