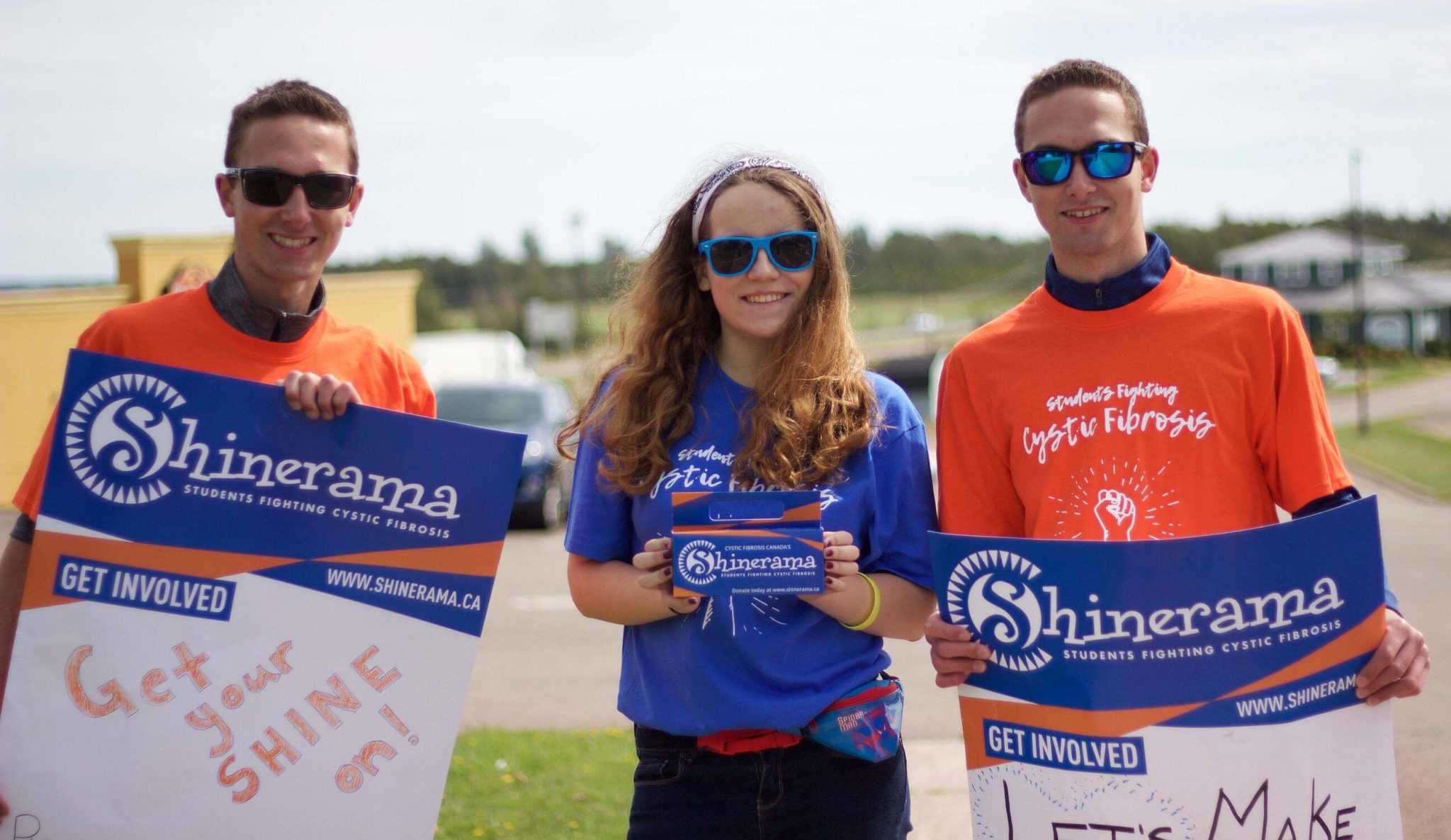 Students and community members come together for annual Shinerama fundraiser

This Saturday, Mount Allison participated in the annual Shine Day fundraiser. Mt. A students held car washes, bagged groceries and collected donations across southeast New Brunswick and in Amherst, N.S. Mount Allison has won Best Overall Shine Campaign for the past two years and has raised the most money of all the schools east of Quebec.

Shine Day is the biggest event put on by Shinerama, an organization that raises funds for cystic fibrosis (CF) research. More than 35,000 students at 55 universities across Canada volunteer every year. Mt. A has approximately 50 or 60 sites around the area, where hundreds of students go to support the cause.

CF is a hereditary genetic disease that mainly affects the digestive system and the lungs. According to Cystic Fibrosis Canada, CF causes a consistent infection of the lungs which causes them to deteriorate and eventually stop working, which results in the deaths of those affected by this disease.

“Cystic Fibrosis wasn’t something that [was] talked about, and now that it is, I think it is something that more people need to hear about,” said Em Doucette, a second-year student and Shinerama site leader.

“We [at Mount Allison] stand out because so many people get involved,” said Micci Davy, Mt. A’s Shine campaign chair and fourth-year student. “The majority of our first years come to Shine Day.”

“Everyone is so into it and so supportive and so lovely,” said Daisy Graham, a second-year student and Windsor Shinerama representative.

Davy said that Shinerama stands out as a charity because “You can see exactly where the money is going and exactly how much it is benefiting.”

Along with the cause, Shinerama gives students the opportunity to interact with their peers and members of their community. “It is a way to get to know the awesome people at Mount Allison,” said Tess Casher, a first-year student. Margaret Grant, a second-year Edward Shine representative, said, “I have made a few new friends today.” Cameron Roberts, a first-year student, said, “The best part is the community being involved.”

Along with Shine Day, Shinerama holds other fundraisers throughout the year. Mt. A’s biggest Shine fundraiser this past summer was a formal garden party held at Mt. A president Dr. Boudreau’s house, where they made “just over a thousand dollars in one night,” said Davy.