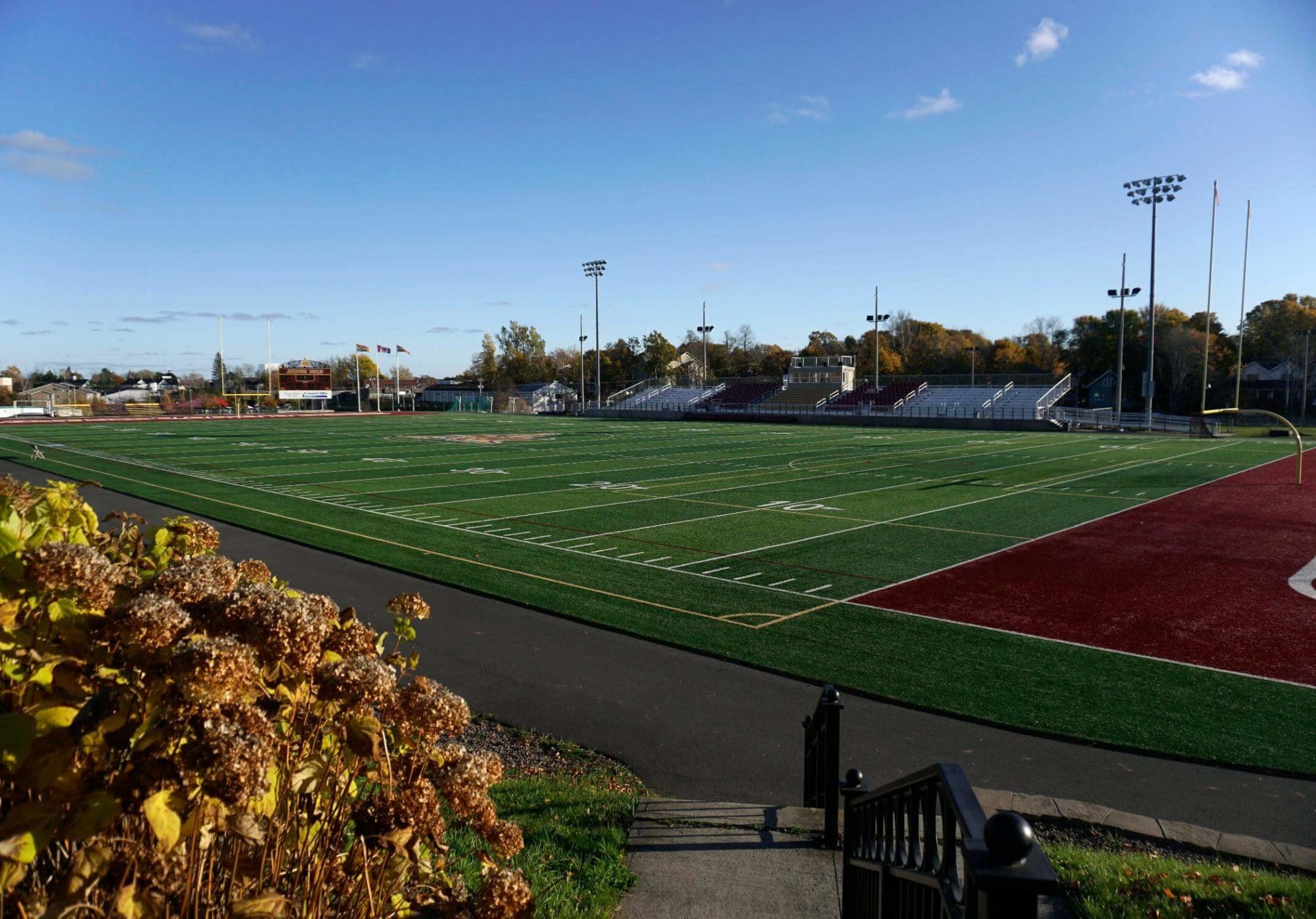 The Mounties football team played their final game of the regular season against the Acadia Axemen last Saturday, Oct. 26 in Sackville. Despite a final score that may disappoint Mountie fans – 33-31 for Acadia – the Mounties have managed to clinch a playoff position for the first time since 2014.

The last time Mt. A faced Acadia was in a pre-season game on Aug. 17, which the Mounties won. In the season that followed, Mt. A only managed to win one out of their five games, while Acadia won every game they played. Last weekend’s matchup against undefeated Acadia presented a tough challenge.

“We view [Acadia] the same as any other opponent. We need to focus on executing our plays and being composed and physical like we have been all season,” head coach Peter Fraser said ahead of the game. “We are definitely looking forward to the challenge.”

Though Mt. A lost to Acadia, qualifying for a spot in the playoffs was still cause for excitement. “I think we will have a ton of momentum behind our team and the sky is the limit. I can’t wait to see what our players can do with that opportunity,” said Fraser.

Mt. A will face Bishop’s University in the semifinal game of the playoffs on Nov. 2. The playoffs will determine which team wins the Atlantic University Sport Football Conference, also known as the Loney Bowl.

Third-year linebacker Graeme Stevens is looking forward to the playoff game against the Bishop’s University Gaiters. “The team is fired up. We played great against the number 5 team in the country and we know we can beat those guys,” said about their close game against Acadia. “We can’t start thinking about the Loney Bowl right now because Bishop’s is a great team and they’ll be ready for us. We’re going to give it everything we’ve got to beat them.” This will be Stevens’ first playoff round with the Mounties.

First-year defensive back Daniel Bell gained three total interceptions for the team prior to the Acadia matchup. He was also named the week nine Player of the Week along with kicker James Parker for the Mounties.

“Defensive Player of the Week is definitely an accomplishment I’m honoured to get,” said Bell. “It means a great deal to me personally and shows some of the reward that hard work and determination can get you.” When asked about his adjustment to the team as a first-year player, Bell said, “[Being a first year] has been a crazy experience. I’ve met so many new friends, been in different environments and even met a new level of responsibility. The other first years and I have fit in great with the rest of the team and now it has become our second family.”

Saturday’s matchup against Acadia was also the annual game played in honour of Craig’s Cause, an awareness campaign for pancreatic cancer. Craig’s Cause Pancreatic Cancer Society was established in 2006, following the passing of Craig Schurman Condon at age 63, eight weeks after his diagnosis. The Mounties partner with the campaign annually for a game in honour of the cause and feature apparel to be purchased to raise money, as well as purple tape for the players to raise awareness and pancreatic cancer towels for fans to be part of the movement. The organization has developed and grown into a large-scale education and awareness campaign across the country. “Pancreatic cancer is the third-leading type of cancer causing death in Canada,” said the announcer during the game, adding that World Pancreatic Cancer Day is Nov. 21, 2019.

“Our team has worked very hard for this success we have been having and all the credit goes to our players’ work ethic and how well our assistant coaches prepare them,” said Fraser. “It’s been fun to be a part of such a high-character group of young men.”

The Mounties will face the Gaiters at Bishop’s University in the playoff semifinals on Nov. 2.