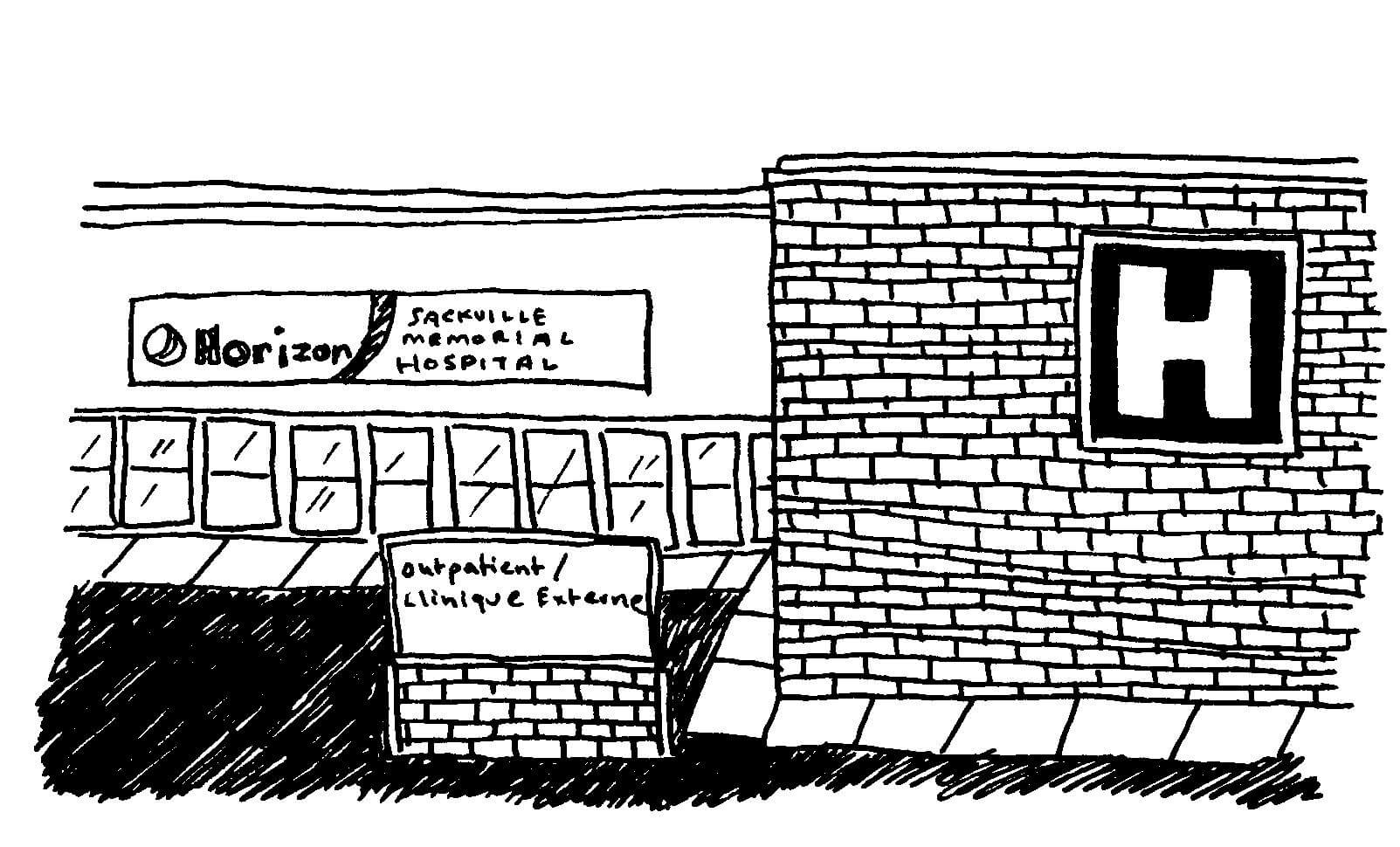 Kellie Mattatall discusses ‘long-term mismanagement’ of N.B. health-care system which led to the proposed closure of overnight ER at the Sackville Memorial Hospital

Last month, the Sackville Memorial Hospital was among six rural hospitals set to close their emergency rooms during overnight hours, with no patients admitted after 10 p.m. The ER closures accompanied a long list of health-care changes announced on Feb. 11 by Health Minister Hugh Flemming and the CEOs of the province’s two health networks, Vitalité Health Network and Horizon Health Network. Community hospitals in Perth-Andover, Sussex, Caraquet, Ste-Anne-de-Kent and Grand Falls were also affected.

In addition to the closures, the province proposed that some of the hospitals’ acute care beds be converted to long-term care beds. The towns would also receive more mental health and addiction services.

These changes were proposed in order to address New Brunswick’s more significant health-care challenges, which include “a severe shortage of medical professionals, an aging population and increasing mental health needs,” said Gilles Lanteigne, CEO of the Vitalité Health Network, in the Feb. 11 news release.

According to the news release, the emergency departments that were set for overnight closures only see an average of five patients per evening, most of whom do not require emergency care. “These changes will allow physicians and nurse practitioners to see more patients in the daytime, in their community practice,” said Karen McGrath, the CEO of Horizon Health Network.

The shortage of medical professionals is severe; approximately 35 per cent of physicians, 40 per cent of nurses and 40 per cent of medical laboratory technologists will be eligible for retirement in the next five years. The statement indicates that this staffing shortage “cannot be managed through recruitment alone,” but rather by moving “underutilized” services to more central locations.

In advance of the official announcement of the ER cuts, Kellie Mattatall, a Sackville resident and administrative assistant for the departments of mathematics and computer science, physics and aviation at Mount Allison, created an online petition calling on the government to reverse the changes. Since the petition started, over 11,000 signatures have been collected. This figure is double that of the Sackville population.

“A quick meeting with many of the town’s stakeholders made us realize that we also needed an official government petition to go forward, so I worked with our MLA and wrote that, and am now coordinating over 50 volunteers plus businesses who are getting signatures on that,” said Mattatall.

Mattatall said that the shortage of medical professionals stems from a long-term mismanagement of New Brunswick’s health-care system. She also said that removing rural services will only lead to more of a backlog in urban centres: “Rural health care is different than urban health care, and we need our health authorities to understand that and take it into account when making decisions.”

Mattatall said that people with a low or limited income are most likely to suffer, including many seniors and students. “When you only have a limited budget for a roof over your head or food for the month, you are more likely to eschew calling an ambulance to take you to emergency in Moncton. And not dealing with concerns right away will lead to larger costs in the long term. How are you supposed to get home after a visit to emergency if you don’t have a vehicle? The average cost of a cab from Moncton is, I believe, $80.”

Although the six overnight ERs were set to close on March 11, a statement released from the premier’s office on Feb. 16 announced that the closures would be “cancelled to allow for community consultations.” The premier’s statement outlined plans to conduct meetings with the affected communities in April and May, as well as a health-care summit in June “with the goal of developing a strategy to ensure sustainable and reliable public health-care system for the future.” Findings from the meetings and the summit will be released in the fall.

Mattatall is not convinced that the announcement means a true reconsideration of the changes. “I, myself, believe that the government is thinking that their plan is completely viable and that they just need a better implementation,” she said. “The petition we are sending to the legislature in March requests full reversal of the four changes they want to implement.”

On Family Day, the day after the cancellation was announced, more than 500 people from the Sackville region took part in a community rally to oppose the cuts. Memramcook-Tantramar MLA Megan Mitton, Sackville Mayor John Higham, former senator Marilyn Trenholme Counsell, and local physician Dr. Allison Dysart were all in attendance.

“The rally was very inspiring,” said Shelley Chase, a long-time Sackville resident who came out to the rally to show her support. “To see many factions of our community come together in solidarity was quite something. Dr. Dysart was particularly great. He was speaking despite his contract with Horizon that forbids him to. That shows how important this is.”

Chase, who has elderly parents in the Sackville region, is concerned that seniors who encounter emergency situations such as falls and heart attacks will suffer because of the cuts. “These types of emergencies can be fatal if minutes are lost in transit,” she said. She also worries about the consequences of isolating recovering seniors in urban hospitals, away from their friends and family.

Students are also grappling with what the cuts would mean to them. Joseph Caswell, a second-year student living in Windsor Hall, has been actively supporting the fight against the cuts. Caswell argues that any reduction in hospital services will be “disastrous” for Mt. A students. “Mt. A will be the only university in the Maritimes without a 24-hour hospital in town,” he said. “Especially for students coming from far away without cars or an established support system in town, this could play a big part in their decision-making process.”

Mattatall agrees that student recruitment will be affected by the cuts. “What parent wants to hear that their child won’t receive immediate service in the event of an emergency? None.” She added that moving overnight emergency services out of Sackville will mean that students might be isolated from friends or residence staff who could be able to advocate for them in the case of an emergency. “The health outcomes for that alone are enormous.”

For now, the Mt. A community and the residents of the six affected towns will wait as the provincial government holds regional consultations. “We are on a mission to save New Brunswick,” said Premier Higgs in the Feb. 16 statement. “An aging demographic coupled with a growing labour force shortage is hampering our ability to provide the right care, in the right place, at the right time. But we need people in this province to be part of the solution and that must start with hearing from the people most impacted.”