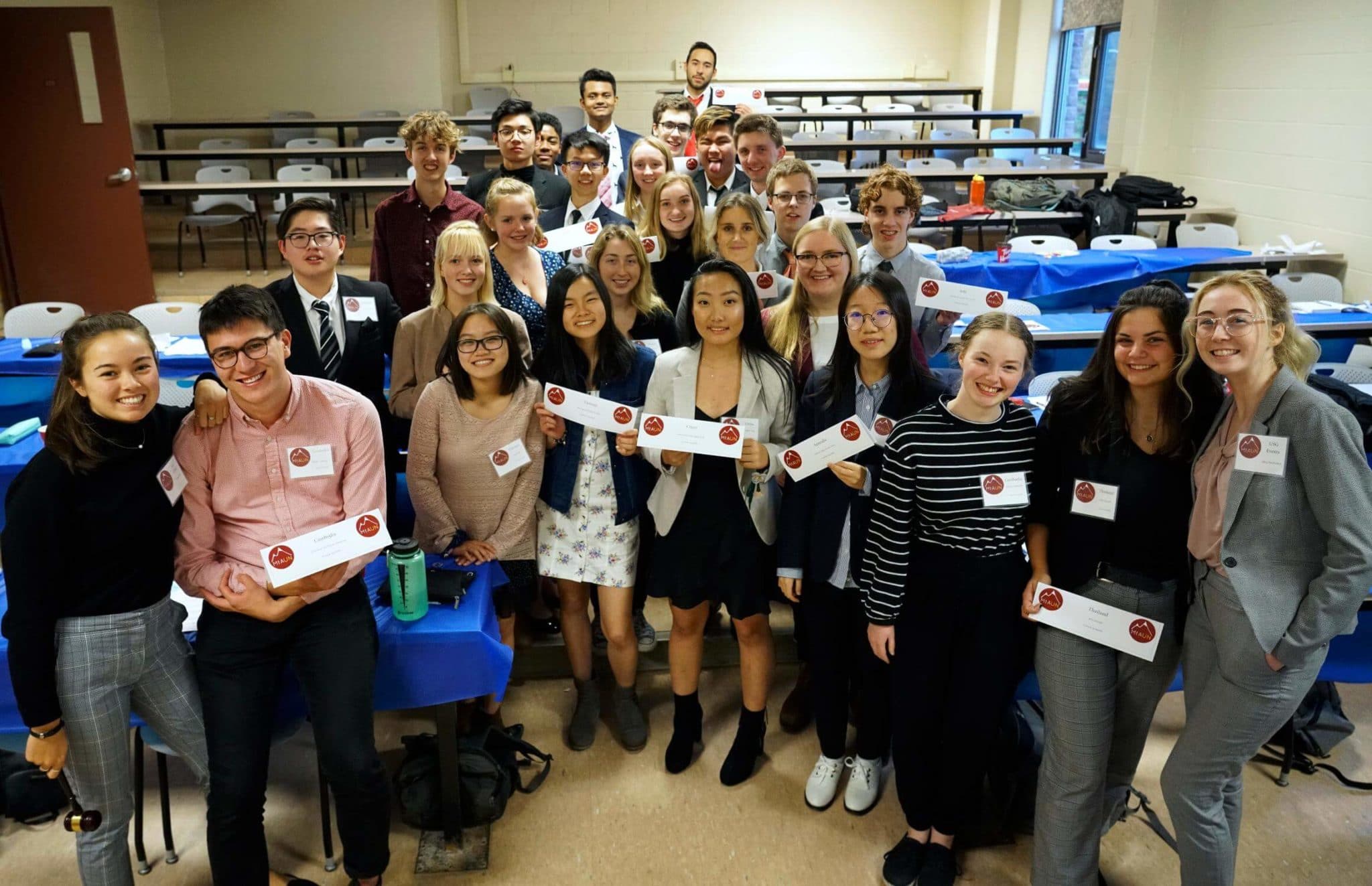 A weekend of discussion and fun

This past weekend, the Mount Allison Model United Nations organization (MTAUN) held its fourth annual Model UN conference at Mount Allison. Along with the conferences themselves, there were also social events including a wine-and-cheese night and an after-party.

“We’ve been planning since the beginning of the winter semester last year,” said Ian Richardson, a second-year student who is MTAUN’s undersecretary general of operations. “It’s been quite a process and we’re really glad to finally be here.”

The conference began on Friday night and then resumed again on Saturday. Participants were split into three groups: General Assembly (GA), Economic and Social Council (ECOSOC) and a crisis simulation. These councils happened simultaneously.

The General Assembly’s topic for this conference was fast fashion. Participants discussed this issue from the perspective of their assigned country.

First-time model UN participants typically start in the GA. “We asked at the beginning how many people had done model UN before,” said Sydney Orr, a fourth-year student who co-chaired the GA. “Only four people raised their hand out of 25.”

The GA is more accepting for beginners because “You can have a double delegation, which means that you have a partner,” said Mary MacFarlane, a fourth-year student and the undersecretary general of events who co-chaired the GA with Orr.

ECOSOC is for more experienced participants. Their topic was social media and the way it affects the world. Meredith Kent, a second-year student and chargeé d’affaires, and Spencer Coy, a third-year student, co-chaired this group.

“I love what everyone brings to the table,” said Kent. “Everyone is obviously going to have different viewpoints coming into it. There’s a really lovely cohesion that comes with it. Everyone makes great friends.”

“It’s just a really fun experience,” said Coy. “I like the interaction with people, role playing as countries, doing research and then having a structured debate.”

The last group was the crisis simulation. This faster-paced debate for experienced participants simulates a crisis with real-time facts that participants can’t prepare for beforehand. Their topic was the disappearance of North Korean Leader Kim Jong Un.

MTAUN is a newer club at Mount Allison, starting in 2016. For the first two years, only Mount Allison students attended the model UN conferences held on campus. “Last year, we invited another school, Dalhousie, and we had a wonderful time, so we invited them back and we invited a few more schools,” said Johnathan Ferguson, MTAUN’s secretary general.

“We’ve never had this many students before,” said Ferguson. “We have over 50 students, more than half being from outside Mt. A, which is pretty incredible for something that is so young.”

MTAUN members attend a conference at McGill University in the winter term, as well as organizing and participating in their own.

Mt. A students can get involved in Model UN by attending the weekly meetings, held on Wednesdays at 6 p.m. in Avard-Dixon 111. For more information go to mtaun.org.