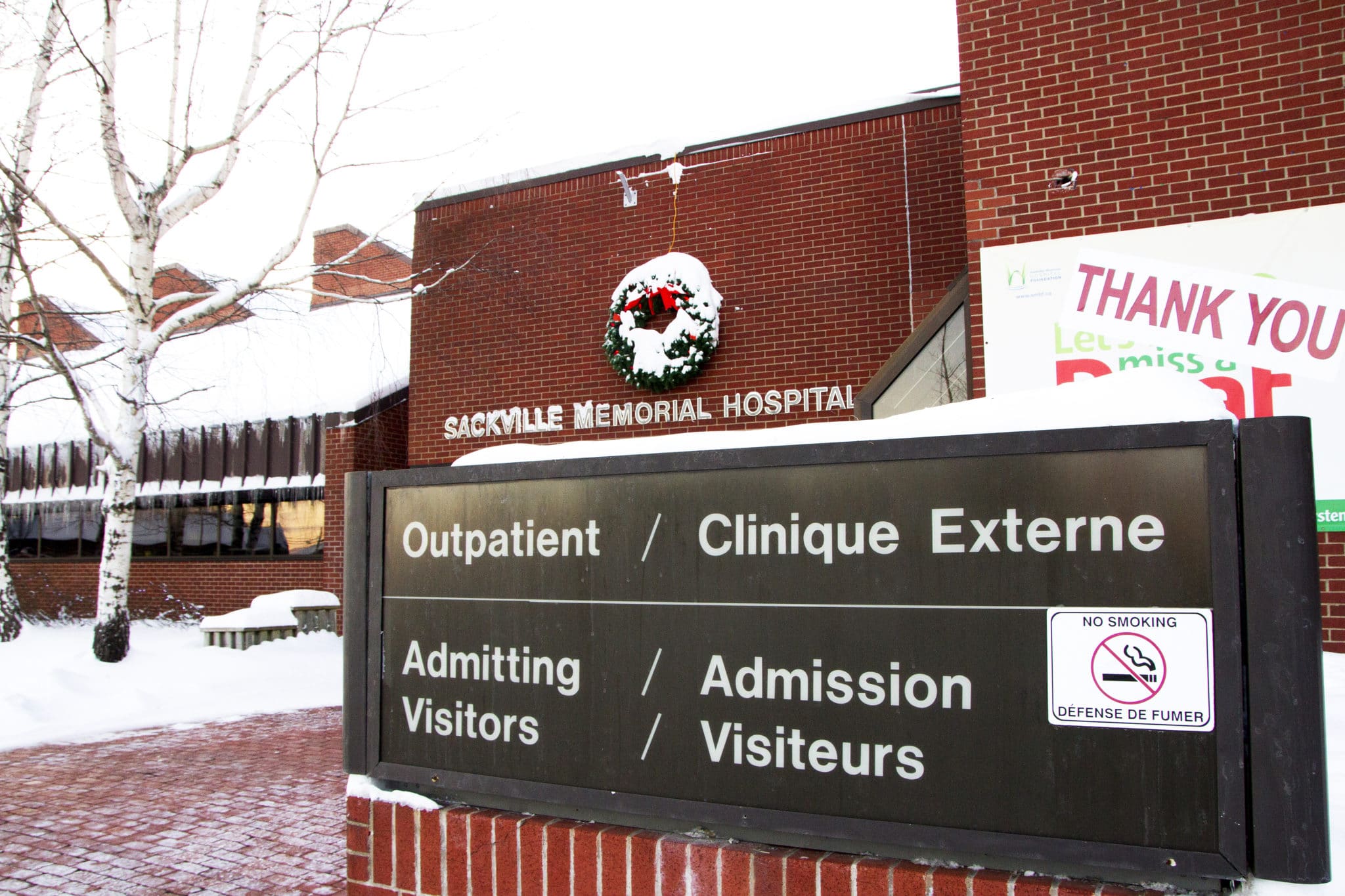 Sackville Mayor Robert Berry called a public meeting on Wednesday, Jan. 20 in response to the mounting concern over the future of the Sackville memorial hospital. As many as 10 New Brunswick hospitals face closures due to the provincial budget, which will be released on Feb. 2.

The Memorial Hospital is run by Horizon Health Network, a Crown corporation which operates most medical facilities in New Brunswick.

Local family doctor Allison Dysart, providing context for the situation, referenced a commentary written by John McGarry, the president and CEO of Horizon Health Network. The commentary addresses the budgetary challenge which the province and Horizon are facing. One suggestion made in McGarry’s commentary, which can be found on Horizon’s website, is the “repurposing” of small hospitals.

The meeting, held in the council chambers at Sackville’s Town Hall, was filled with a crowd of concerned citizens comprising what was one of the largest gatherings in the chambers in recent history, said Berry. Presenting at the meeting were Memramcook-Tantramar MLA Bernard LeBlanc and Dysart.

Dysart and McGarry discussed how possible modifications to the hospital changes could include the closure of the emergency room or a reduction of its hours. Beds at the hospital would be reserved for long-term care and would no longer be open to acute-care patients. These changes would redirect medical emergencies to Moncton or Amherst, said Dysart, the latter case of which sees money leaving the province.

Restricted ER hours would impact those who seek medical help in the middle of the night. A significant number of these cases involve Mount Allison students, he said. Hospitalization for illnesses like pneumonia, common among older patients, would also be directed to Moncton, said Dysart.

Emergency rooms in Moncton and Amherst, in low-acuity cases, have average wait times of 4-8 and 6-10 hours, respectively. Dysart said the steady erosion of local control over health care means “the days when we thought that the people in charge were going to look out for us are gone.”

Dysart proposed that the community “organize, plan and execute” a response, and said the plan must “flex [the town’s] political muscle” and provide good financial reasoning for keeping the hospital open.

Member of Legislative Assembly Bernard LeBlanc spoke about his advocacy for the hospital, which he said has been ongoing since initial concerns around hospital closures were raised last year. LeBlanc said the hospital is “key” to the riding. He also said he has been speaking with the minister of health about keeping the hospital open and enhancing the services it provides. LeBlanc reminded the crowd of the dire financial situation of the province but said he is “very confident that [the] hospital will be protected.”

The podium was opened to community members who wished to speak. Many expressed their concern for the implications of a “repurposed” hospital, particularly in regard to the emergency room service.

MASU President Dylan Wooley-Berry told the stories of two students whose vision and life were saved thanks to the school’s close proximity to the hospital. Fourth-year student Jenna MacKinnon, speaking on behalf of student volunteers to the hospital, echoed Wooley-Berry in saying that the hospital is valued by and essential to students.

A recording of the meeting is available on the Town of Sackville website.