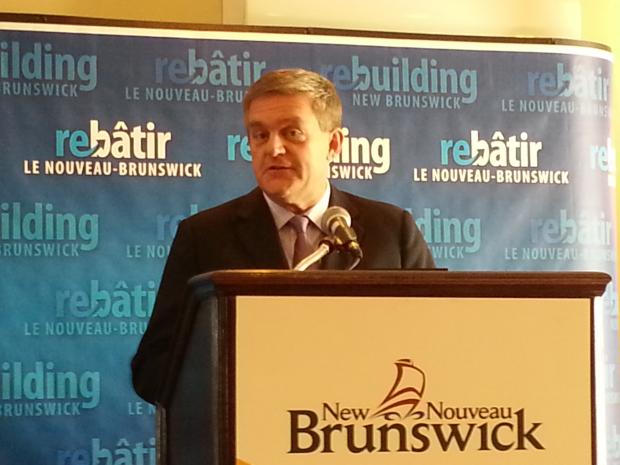 Students in New Brunswick will continue to pay a premium to continue their education inside the province. The provincial government announced last Wednesday that tuition is set to increase by three per cent annually for the next three years.

“This is the first time government has provided a concrete funding commitment in advance of the yearly provincial budget announcement,” said Premier David Alward.

“Adopting a tuition policy means that institutions and students can better plan their respective budgets and investments,” he said.

Pat Joyce, executive director of the New Brunswick Students Alliance, was disappointed by the announcement. “Government has a responsibility to adequately fund universities in order to keep tuition affordable for students, but unfortunately, students are the ones absorbing the brunt of the university costs,” he said.

“One of the challenges we will face when it comes to this commitment is that fact that there will be a new legislative session starting next year. There will be an election and we don’t know who will end up in office after that,” Joyce said. “How stable this announcement is remains to be seen.”

Joyce said that while having a tuition cap is a good thing, three per cent is too high.

In 2010, Alward pledged to make university funding predictable and less volatile. When asked in a media scrum following the press conference about why it took so long to live up to that promise, Alward said “hasn’t always been easy.”

St. Thomas University in Fredericton is exempt from the announced tuition cap, due to a recent agreement with the government.

In an effort to raise tuition to the provincial average at St. Thomas, the administration raised tuition $484 last year. This was well over the government cap of $150 a year. The government has agreed to grant St. Thomas an extra $225,000, which gives students a $184 credit on their tuition. The university had planned to raise tuition over three years, but because of the government’s intervention, they will have to raise it over a five-year period.

St. Thomas will still receive the initial amount of $484 from students, and the government will pay for the increase.

The case raises concerns about what would prevent New Brunswick educational institutions have from surpassing the tuition cap. Even with the additional government funding, St. Thomas’ tuition increases remain over the cap. With tuition levels higher than ever before, the checks and balances that are in place to keep tuition fees low seem to be obsolete.

With files from The Canadian University Press.