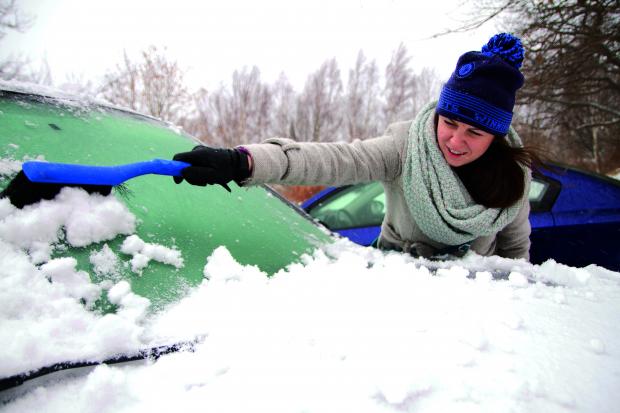 Snow and extreme cold awaited students travelling back to Sackville after the holidays. The university decided to open residences on Saturday, Jan. 3, a day early, providing students with a window to beat the storm.

The initiative was well received by students. “People felt safe, people felt that the university really cared about making sure students got back on time,” said Michelle Strain, director of administrative services.

Though residences were open, the dining hall remained closed.

“To open the dining hall would be a logistical difficulty,” said Strain. Students who had registered to come back early were told to bring food.

Upon seeing the forecast, Dylan Wooley-Berry, Harper Hall president, contacted fellow house presidents along with MASU president Heather Webster, seeking their support in asking the university to open housing facilities early. Efforts culminated in an email sent to the administration. A copy of the email obtained by The Argosy read, “On behalf of all students currently living in residence, I am requesting that all Mount Allison Residences be opened on Saturday Jan. 3. This request is being made due to the impending storm on Sunday, which will result in unsafe road conditions. […]”

The email was co-signed by all house presidents, assistant dons and senior RAs at Mount Allison.

Wooley-Berry said that Webster’s email ultimately led to the final decision from the administration. Michelle Strain, director of administrative services, said that the university had already largely considered the issue.

“The majority of students who go to Mount Allison do live in the Maritimes – within a five-hour driving distance – and were able to take advantage of it. I think quite a few did, considering the short nature of the situation,” said Wooley-Berry.

The announcement was released through a mass email, sent to students in the early afternoon on Friday, Jan. 2. Students who decided to take advantage of the early opening had to register through the university’s facilities management department.

“I booked my tickets in the summer, because I looked at the schedule and I knew that residences only opened a day before class. They sent an email out on Friday [regarding the early opening], but by then the storm had already hit. It’s $100 for me to change my flight,” said David Taplin, a second year student from Calgary.

The university generally allows students to re-enter their residences only on the day before classes. The 2010-2011 and 2011-2012 academic years stand as exceptions, when students were allowed to move in two days before classes began.

The provisional calendar for next year is following this year’s formula, with residences opening the day before classes begin.