Rev. Hay leaves a legacy and inspires generations of change 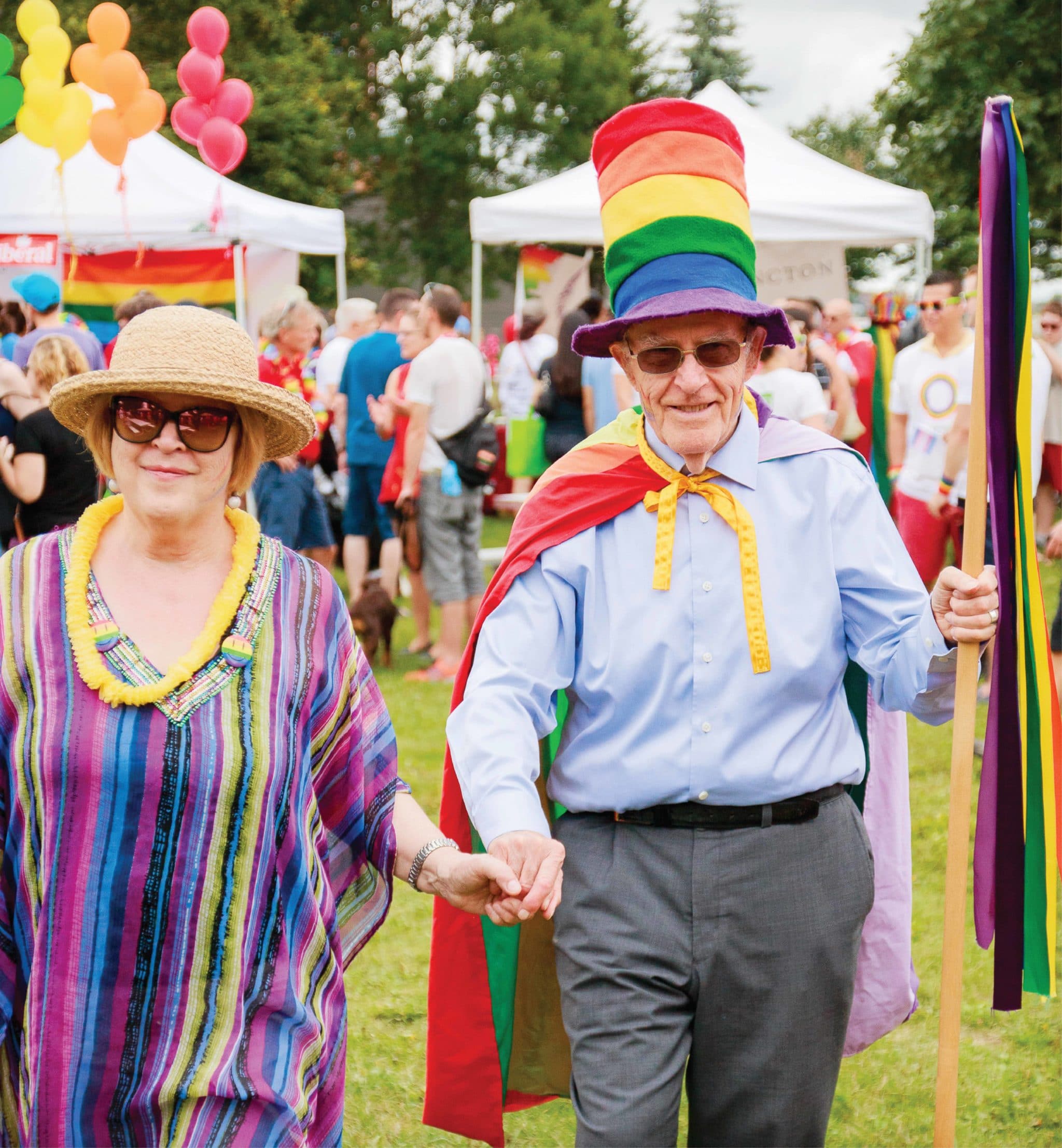 Mt. A professor emeritus and human rights activist passes away at age 85

In the late 1980s, Greg Daborn, a young and closeted homosexual, opened the pages of the Amherst Citizen and stumbled upon an article he hadn’t expected to see. Written by a United Church minister and university professor, Eldon Hay, the article declared itself in support of gay rights, a remarkable move for its time.

Eldon Hay was a Mount Allison professor and ordained minister of the United Church, and began to use his positions of authority to actively defend queer rights when his son came out to him in the mid-1980s. Hay’s human rights activism did not end there: He was also outspoken on behalf of the feminist and pro-choice movements and in his condemnation against anti-Francophone sentiments and discriminatory movements such as anti-Semitism.

To Daborn, who was “still living in fear” of someone discovering his sexuality, a local man publically declaring himself an ally to the gay rights movement was intensely meaningful. “All I had ever heard of was condemnation and unacceptance,” he said. After reading Hay’s article, Daborn immediately looked him up and called him, but hung up as soon as he answered. “I couldn’t make any words, I was still afraid,” he said.

Over the next decade, while Daborn continued on a personal journey of self-acceptance, Reverend Hay’s activism grew from writing newspaper articles to founding the two first maritime PFLAG (Parents, Families and Friends of Lesbian, Gay, Bisexual, Transgendered and Queer People) chapters in 1996. In 1997, Hay won the Human Rights Award from the New Brunswick Human Rights Commission for his work for the organization and the community.

A member of Hay’s former congregation at the Central United Church in Moncton, Sheila Lewis, said, “Eldon moved us forward in our thinking on social justice, particularly regarding the LGBTQ+ community, by demonstrating that it was ultimately a human rights issue.” It was Hay who laid the groundwork for a journey that led, albeit years later, to Central United becoming an Affirming Congregation (one that officially supports inclusion of the queer community in their life and ministry), the only one in New Brunswick at that time.

In 2003, Hay was inducted into the Order of Canada for making activism and the promotion of tolerance his life’s work.

In addition to the work he did on a larger scale, Hay also took the time to counsel many young people who were having difficulty finding their way in an oppressive and heteronormative society. After Hay’s death, his role as a community leader and personal mentor is what Greg Daborn is the most vocal about.

A decade after reading it, Hay’s article had not left Daborn’s mind. When he sought support within the local queer community in 1999, he found Hay. In the spring of the next year, Daborn got involved in the organization of the very first Moncton pride parade. By June, Hay was out in front, acting as their inaugural Pride Parade marshall. “From that point,” Daborn recalled, “Eldon became my personal mentor. In the last 17 years of my life, he made me a better person.… My involvement each day after the first Pride Parade has never really been about me, it’s been about what can I do to help others, so that the youth of tomorrow wouldn’t have to go through what I went through. That’s what has been my driver and I think that’s what drove Eldon.”

Hay lived his life as an example of the significant impact an individual can make on the whole. He inspired people like Daborn to continue his work: “[Hay] brought me up, lifted me up and helped me become this activist and mentor I am today.”

This year, when the Sackville Tribune Post asked him about his legacy, Hay said, “I hope, if anything, I left the idea that we must pay attention to the outsider, the person we sometimes like the least, and have the most difficulty with, they are the most important; they are all children of God.”

On Sept. 17, Rev. Eldon Hay passed away at the age of 85. The month prior, on Aug. 26, he attended Moncton’s 17th River of Pride parade sporting the rainbow top hat he wore every year.

Looking to the future, Daborn said, “We have to think about the next generation. Yes, we’ve come a long way, we have improved things tremendously, but there’s still people out there in our society that are having very difficult times.… We should be thinking, how can we be the next Eldon Hay? The world still needs an Eldon. And Eldon’s not here to do it – it’s up to us now.”