Students and community members gather for the annual LGBTQ+ celebration

“I think we forget, or are never even aware, that Pride has a very violent history,” said Ada Clevinger to the students and community members gathered around the Mount Allison flagpole for Sackville’s fourth annual Pride Parade. Clevinger, the president of campus LGBT2Q+ group Catalyst, continued, “We are reminded that we are not alone, and seeing injustice means we can and should do something.”

Sackville’s fifth annual Pride Parade took place on Sept. 12 with an incredible number of participants including Mt. A students showing their support. The Parade was just one of the many activities organized by MASU, Catalyst, Mt. A Shinerama and the town of Sackville as part of Pride Week.

More guest speakers, including Mt. A students and President Jean-Paul Boudreau, also spoke about the history of Pride and why it is so important to continue the celebration of the LGBT2Q+ community in Sackville.

“It hasn’t been very long that the town [of Sackville] has welcomed diversity, educating people,” said John Higham, the mayor of Sackville. “It has really been the prompting of the people at Mt. A that have brought it forward and gave us an opportunity to become a more inclusive and welcoming community.”

“I’d like to thank all the friends and family who have been there for me, throughout my struggle and apprehension,” said Dawne Boorne, president of PFLAG Sackville, an organization advocating respect and support for the LGBT2Q+ community. “It’s not easy questioning yourself, being closeted or coming out for that matter.… So kudos to all the LGBTQ+ for being the brave souls that you are.”

After the guest speakers, the rainbow flag was raised, followed by the Pride Parade walk to Sackville’s Town Hall for a second flag-raising.

“Pride is about recognizing that you deserve to be loved,” said Cecilia Watt, a Mt. A student who works with SHARE, an on-campus service that deals with sexual violence and harassment. “We have a positive space campaign which is about protecting the human rights of members of the rainbow community and creating a positive and safe space for them both in the Mount Allison community and in the Sackville community. [We want] to teach students to be allies to the LGBTQ+ community.” 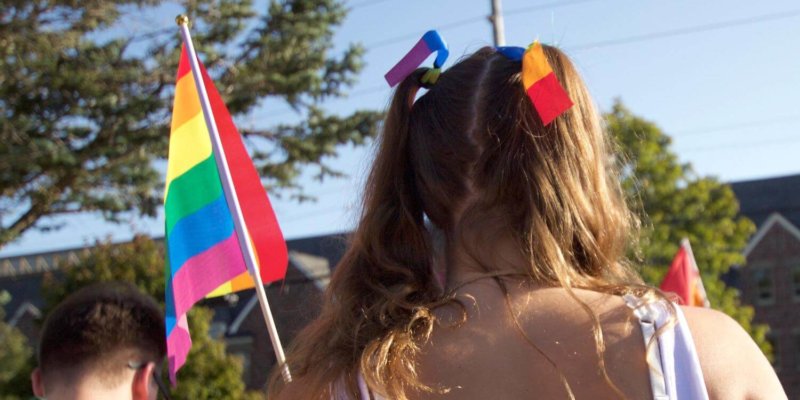 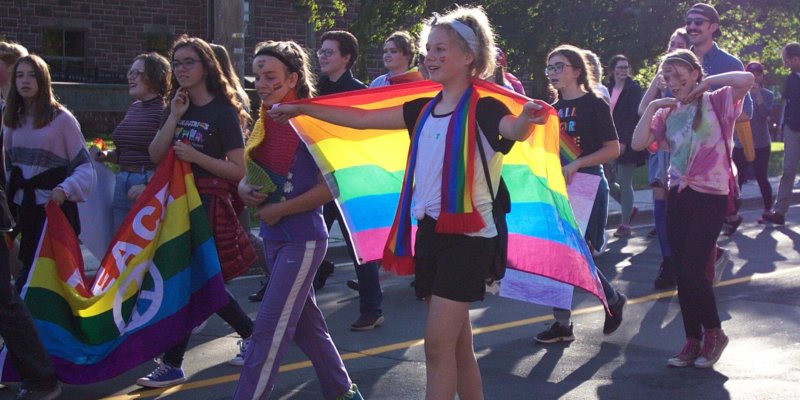 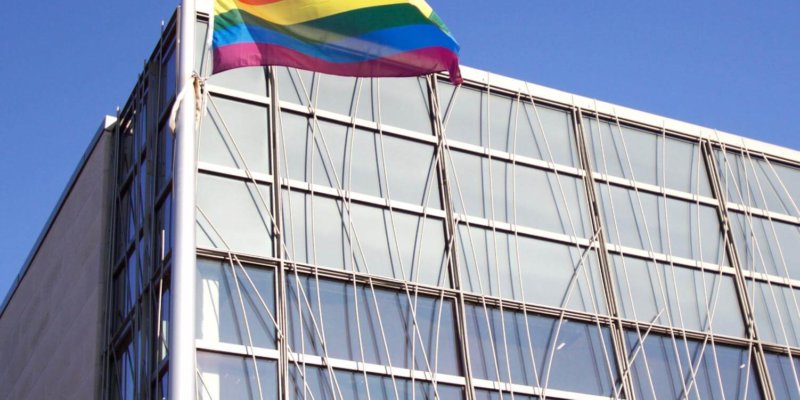 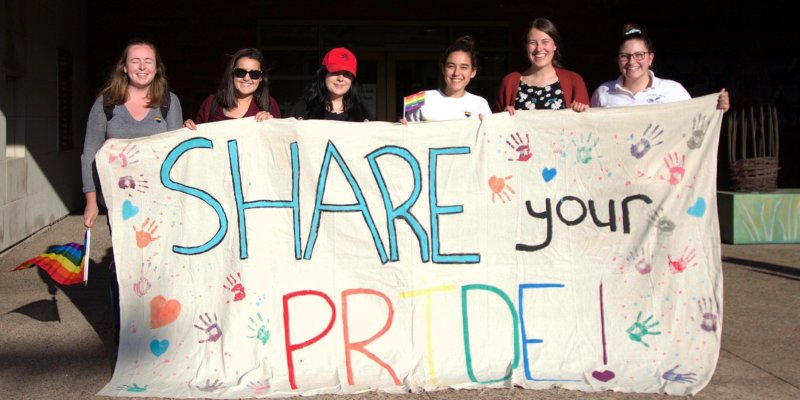 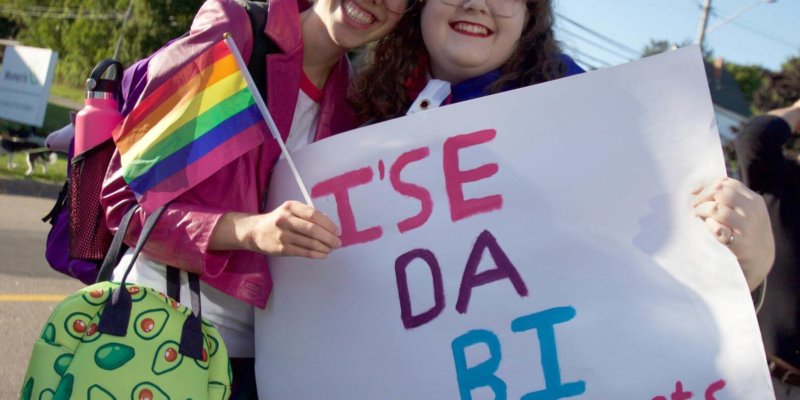 “I think it’s super important for anyone who is LGBT or questioning especially. It’s a basis for a safe space for anyone,” said Mt. A student Emily Clarke on the community’s efforts to make Pride Week a success. “I mean, you can see how many people showed up to this. So seeing that support, even for people who haven’t come out, just seeing [the Pride Parade] could reassure them. There’s no time limit, there’s no due date where you have to say anything by, but just know that Mount Allison has acceptance.”

In the past, Mt. A and Sackville have only participated in the one-day Pride Parade followed by a few activities, but Venna Penney really wanted to use her platform as the MASU VP of student life to make Pride an entire weeklong celebration. “Why not do a whole week? What’s stopping us if we can allocate the funds and work with the town?” said Penney. “I think it’s super important for Mt. A to celebrate, to show our support for every student here – every student no matter who they are or how they identify.”

Penney also credited the others who worked hard planning this week. “It has not just been the MASU by any means. Catalyst Mt. A has been a huge help in planning this, as well as Dawne Boorne,” said Penney. “It’s been a very large collaborative effort and we’re very grateful.”

Ultimately, as Clevinger said to the gathered crowd, “We are still here, and we are only getting louder.”