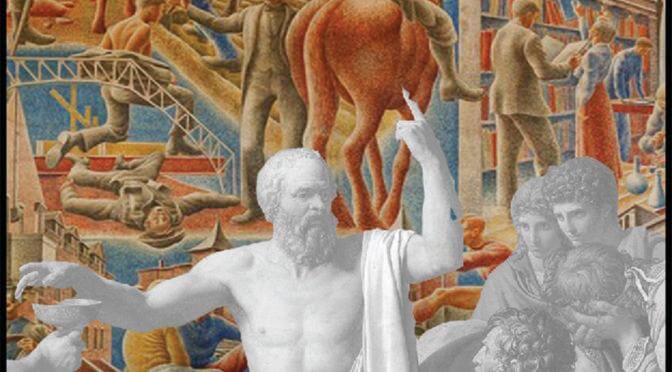 The meeting began with Boudreau thanking his colleagues for a good first year as university president. “This is my second year at Mount Allison and I want to thank Senate and all my colleagues in this room for your support in my first year at Mount Allison. I certainly look forward to my second,” said Boudreau. “I have a chronicle of information from the feedback I’ve received from this community.… I look forward to moving from that listening year to a year where we can begin to bring into implementation some of those items.”

Boudreau also spoke about the incoming class of 2023, saying that it was the largest international class in years. Boudreau praised the Orientation Committee: “I thought it was a very dynamic Orientation. There was so much energy, so much commitment, and I think we can all be proud of the ways in which our students are student leaders who welcomed the new student class to this University.”

Boudreau then spoke about internal engagement, including the search for a new provost and academic deans. Boudreau stated that, in the meantime, Provost Jeff Ollerhead will extend his position and Nurse will be interim dean of arts.

A new committee was also announced. “I’m announcing here today for Senate that I will be striking a presidential advisory committee on academic program innovation,” said Boudreau. According to Boudreau, the mandate of the committee is to “act as an ideas hub for new academic program initiatives that can respond to emerging internal and external needs.” The committee will include three deans, two faculty and the MASU VP academic.

Boudreau also announced the President’s Ideas Fund, which will provide $500 to $2,000 for small start-up ideas from faculty.

The President’s Speaker Series was advertised as well. The topic of this year’s series is Ideas Without Borders.

There was also a report from the University Planning Committee. Provost Ollerhead said that the external review summaries from the University Planning Committee are now publicly available on the Mt. A website. This year the planning committee will be doing external reviews on the Canadian studies, fine arts and geography and environment departments.

The planning committee received a few new requests for tenure-track or long-term positions. Dr. James Devine, the politics and international relations department head, asked how many positions are available for tenure. To this, Ollerhead said, “We don’t have a particularly good sense at this moment.… We’re cautiously optimistic about that. Enrolments are looking healthy and so that will probably inform the decision-making.”

Senate ended with the new Discover Mt. A segment, where senators talked about events and news coming from the Mt. A community. During this segment Sam Unger, the MASU VP of academic affairs, told Senate that during the fall reading week there will be an opportunity for mental health first aid training for all faculty and staff. “Me and the Meighen Centre definitely encourage all professors to get this training,” he said. “I think we can all agree that student mental health and faculty mental health is incredibly important and should be supported as best it can.”

The next Senate meeting will be on Oct. 15 at 4 p.m. in the Windsor Hall Grand Room.