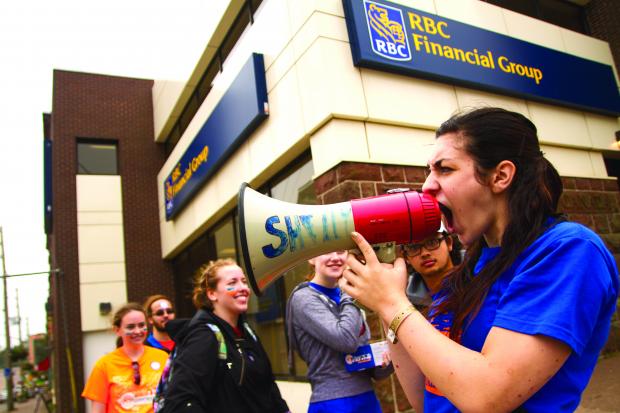 Students from the Mount Allison community once again participated in Shinerama, Canada’s largest post-secondary fundraiser and a cornerstone of the activities surrounding the arrival of first year students to Sackville. It took students as far as Amherst and Moncton to raise money by shining shoes, busking, washing cars, or just asking for donations.

Held annually on the first Saturday of September, Shinerama fundraises for cystic fibrosis research, a fatal, genetically-transmitted disease that appears in children. The disease typically affects the lungs, digestive system and various other organs. According to the Cystic Fibrosis Canada website, “the persistence and ongoing infection in the lungs, with destruction of lungs and loss of lung function, eventually causes death in the majority of people who have cystic fibrosis.”

“There’s something about Mount Allison that’s hard to explain. For a school of our size, we shouldn’t be able to do what we do. We have an insane amount of passion to go out and get involved in these things,” said Harding.

Mount Allison consistently ranks in the top six schools in the country for Shinerama fundraising, along with schools that have much larger student bodies, like Carleton and Laurier universities in Ontario.