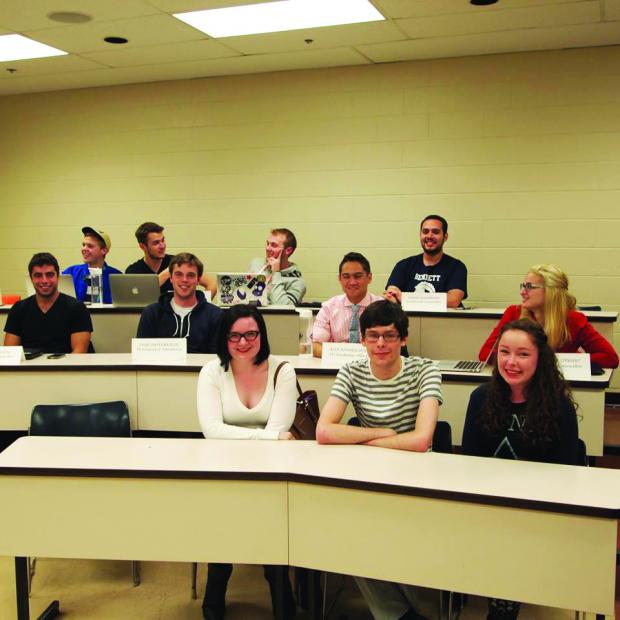 Student council has proclaimed the 2014-2015 school year as the year of Student’s Union Review. The Mount Allison’s Students’ Union is ”seeking opinions and feedback from members on its work thus far,” according to their website. MASU VP Communications Ryan Harley said council is seeking feedback on “anything and everything.”

What is the ‘SU Review’?

“I ran my campaign on saying that I wanted to fix student council,” said MASU President Heather Webster. Webster identified minor difficulties as the source of many of the problems with the students’ union.

Webster said that her end goal for the student union review would be having “the upcoming executive come in and do cool things for students instead of spending time fixing things.”

“I’m not expecting every student to want to know about student government,” Webster said, “but students should care because they are paying to be a part of this organization.”

MASU will be holding consultation sessions with students throughout the year, two of which were held on Oct. 24 and Oct. 26. The two student consultations were only attended by members of council and Argosy journalists. This year’s consultations are set to review anything of student concern, but also have specific aspects that have been laid out by executive to be reviewed.

“There’s a lot of students who don’t care or feel like they know enough to comment on anything,” said Webster on the low turnout. “I’m not expecting every student to want to know about student government.”

MASU has six off-campus and six on-campus councillors who are intended to maintain “regular communication of MASU policies and decisions to her/his constituents,” per their job description.

“The only problem [with the review] right now is that constituents aren’t participating,” said off-campus councillor Ryan LeBreton.

What is MASU doing?

Although NBSA and CASA membership, compensation, services, and executive restructures are among the issues already outlined by the review committee, MASU VP Communications Ryan Harley says they are seeking feedback concerning “anything and everything.”

“Currently there is no way for us to take a strong poll on where students as a whole stand in regards to particular issues,” said MASU VP Academic Affairs Kyle Nimmrichter, listing such issues as campus safety, mental health, and academia.

Other topics to be included on the survey include campus belonging and sense of community, level of discrimination in regards to sexual orientation, religious beliefs, race, or gender, feedback on whether the university is giving students the mental health services they need, and thoughts on whether degree requirements make sense.

MASU executive members encouraged student participation in the review. “I don’t know when a review like this is going to happen again,” Sherry said.