Take Back the Night Rally at Mount A 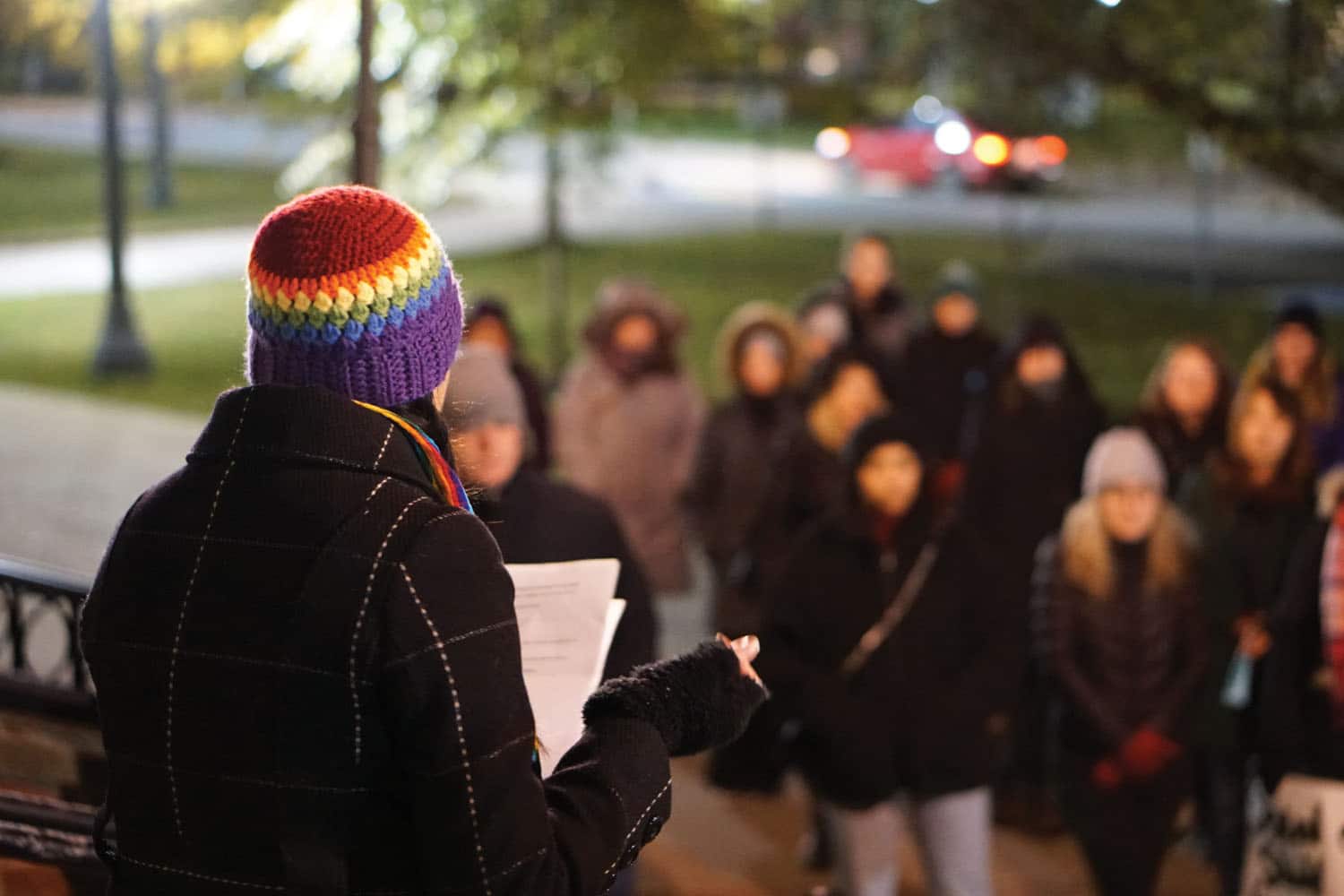 In freezing temperatures, a small crowd mostly made up of students gathered in front of the Student Centre Thursday night. The crowd was gathered for the second annual Take Back the Night rally, organized by Mount Allison’s women’s and gender studies (WGST) society.

The purpose of the rally was “not only to bring awareness [to issues of sexual violence] but to let people know that we’re there for them and that we believe them,” said Michelle Roy, a member of the WGST Society.

Speaking at the rally, Natalia Liste Colomina, the WGST Society president, said that Take Back the Night is important for “all people, especially those in marginalized or minority groups, since they are more likely to be assaulted or murdered. This event is for all that do not feel safe walking at night.”

Chantal Thanh De Alba, assistant director and outreach worker at the Beauséjour Family Crisis Resource Centre, was a guest speaker at the rally. “I was asked to say why events like tonight are important and I decided to share with you one of my spoken word [poems] about my experience,” she said.

Micah Godbout, another member of WGST Society, spoke next.

“From a very young age, girls and those who are socialized as female are taught never to walk at night, to be back before dark, to keep their phone on at all times and are taught where to hit someone in self-defence,” said Godbout. “We are taught to fear the dark and the people who stalk within it. Even after I disowned my status as a woman, that fear has never left me.” 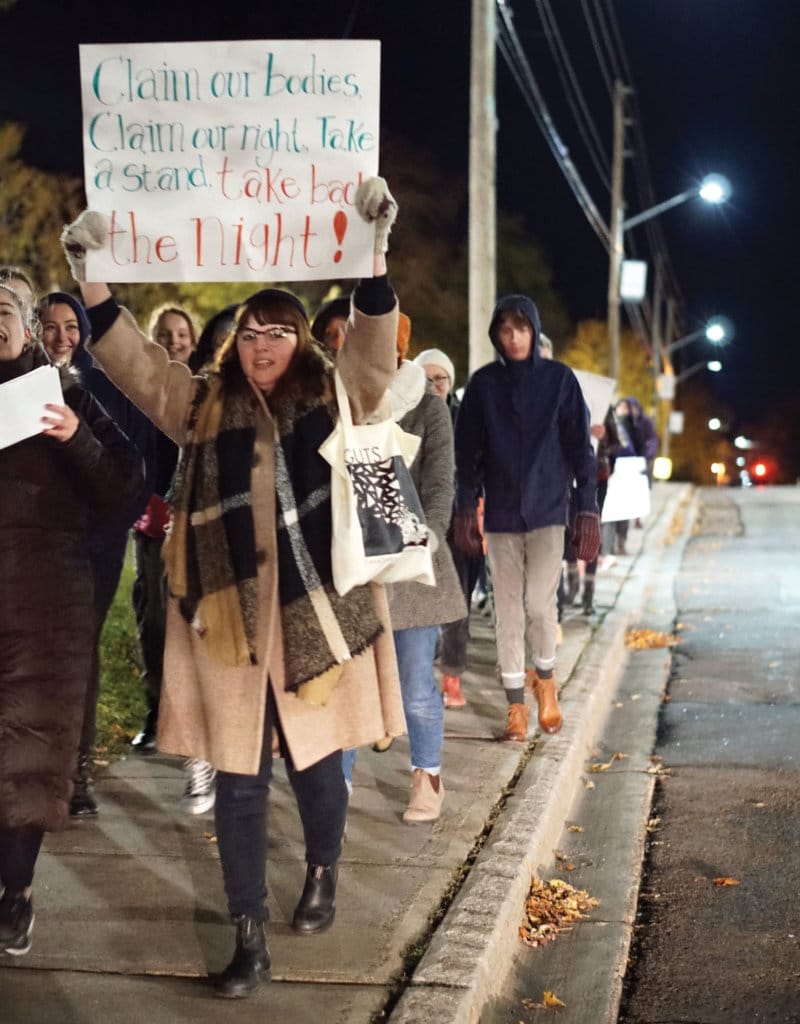 “I stand here today to remind you that we have not lost our voices and the world has not lost its ears.… Tonight we demand to be heard,” Godbout said, just before the march began. “Be loud, be fearless and make them listen.”

The route of the march took participants from the Student Centre, into downtown and then back up through campus, passing through both the north-side and south-side residence quads. People peered out their apartment and dorm windows at the sound of the group chanting, “The feminists united will never be defeated” and “Claim our bodies, claim our rights, take a stand, take back the night.” The pace of the march was quick, and many organizers and participants were hoarse and out of breath by the time the rally ended.

Participants generally reacted positively. “I just really wanted to be an ally. I want people to come out and show support,” said second-year student Ruth Curry on her reasons for attending.

Mika Gerrits, another second-year student, said she felt that she was able to find community in the march.

WGST Society organizers were glad that people were aware of the event. They allege that several days before the event their posters were being removed from bulletin boards on campus.

“We printed off 25 posters and I think the majority of them got taken down,” said Roy. “I was going to places they were taken down and putting up more and it seemed like they kept being taken down.”

“It was happening over and over and over, so we knew someone was taking them down. It was frustrating, but also goes to show that we need something like this because somebody on campus or some people on campus are trying to silence this,” said Godbout.

The WGST Society is looking ahead to the Trans Day of Remembrance. “Normally it’s kind of done last minute but we really want to make sure that there’s focus on it and there’s advertising done, because I think it’s a really important event,” said Godbout. The Trans Day of Remembrance is on Nov. 20 and the WGST Society event is planned for the same day.