To Ride or Not to Ride?: Will the change in the by-law actually affect where and when skateboarders ride? 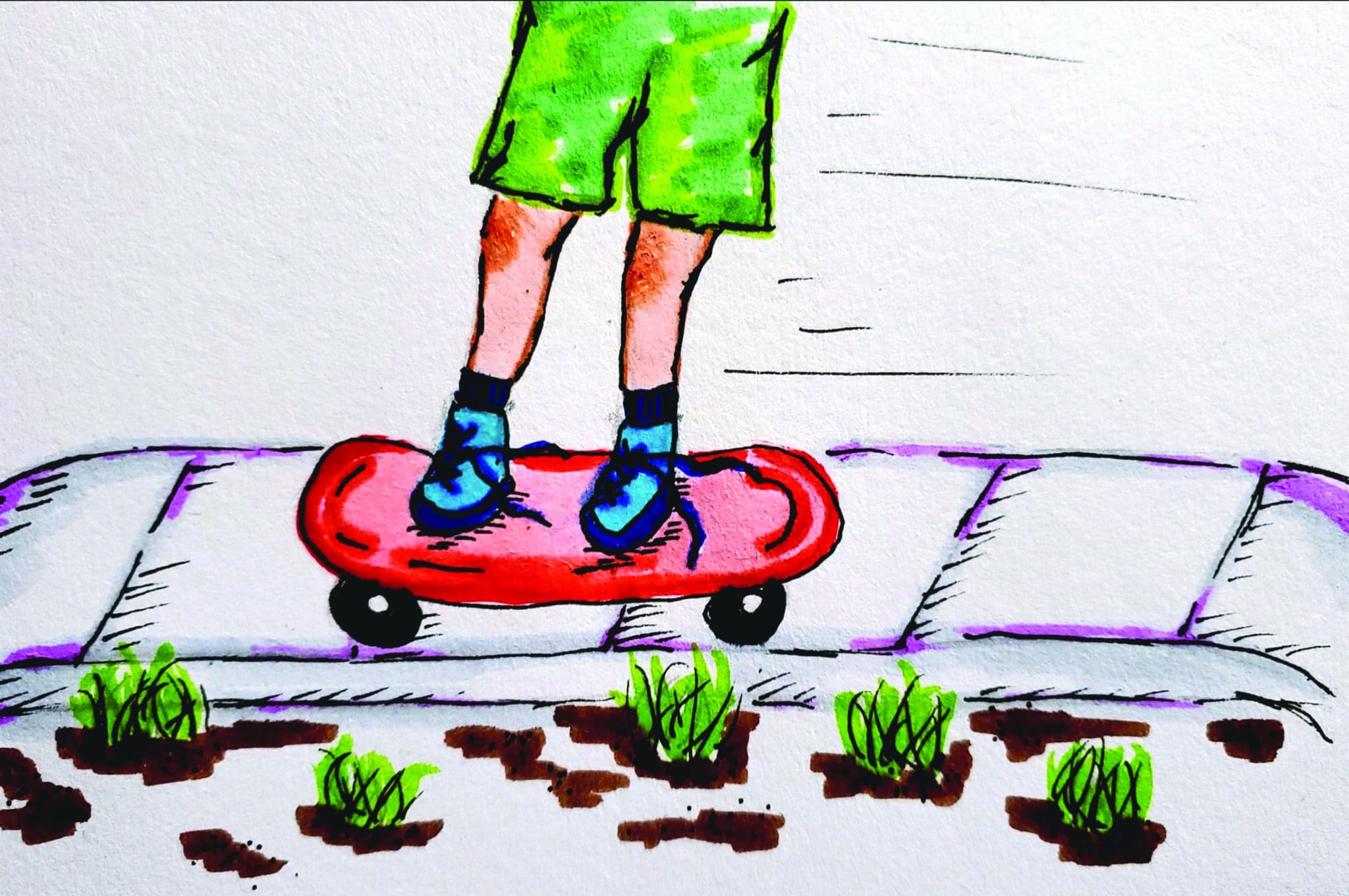 On September 13, it became legal to skateboard on Sackville’s streets for the first time in decades. The bylaw preventing riding in the street was altered but not without limits. Boards are still not permitted on sidewalks, but as long as helmets are worn at all times, reflectors are worn at night, and the rider exercises caution (not going too fast, yielding to pedestrians, etc.), they can be ridden on the street. However, tricks are still forbidden.

Town Mayor Shawn Misho explained that the council began to look into changing the bylaw because of interest from the community. For example, parents wondered where skateboarding was allowed; how could they make sure their child got to the skatepark if they were not able to use the board to get there? Consideration was also given to the use of skateboards as a method of transportation. The town considered the liabilities and eventually came up with this amendment to the bylaw.

However, the skateboarders themselves have different opinions on the issue. Mt. A student Eva Pesterin is glad to see the rule changed because she believes that skateboarding, while potentially dangerous, is something that helps a lot of people. “Although it might be dangerous in some manners, it helps a lot of people with anxiety or stress,” she said. Pesterin also finds that skating serves as an excellent form of exercise. “It’s not strange to skateboard by yourself you know? It’s a socially acceptable way to get out, listen to music, collect yourself, and it’s always there. So if there’s no one you can hang out with in that moment you can just go out and skate. On the flip side, skating with other people is also really fun, and it’s a good community to get into.”

Since the law has been changed, she believes that she will skate on the roads more often than before. Pesterin has had previous experiences of being yelled at while she was skateboarding, and the new bylaw may help with that in some way. “I think people will still yell at you,” she said, “but I think it just feels good to know that what you’re doing isn’t wrong.”

Other skateboarders, such as Mt. A student Joe Caswell, have a different perspective. “I just don’t care about the by-law, honestly. It’s goofy. Obviously they don’t want people doing tricks or damaging property, but isn’t that kinda what skateboarding is supposed to be?” says Caswell. He also claims that the law will not change anything about how or when he skateboards because he was already riding on the streets and intends to continue doing tricks regardless of what the bylaw says. Although Caswell is neutral about the rule change, he argues that powerslides (which is when a board in motion is turned to the side, making the wheels scrape) are an effective way to slow down on a board; banning them outright, he says, is shortsighted.

The new by-law changes restrictions around skateboarding but does not lift them. It is worth noting that neither Pesterin nor Caswell were ever prevented from skateboarding by a by-law officer. With varying perspectives, from Pesterin’s hope that it will bring more people to the sport and increase her confidence in skating to Caswell’s indifference, the question remains: Will this change mean anything for skateboarders in the long run?