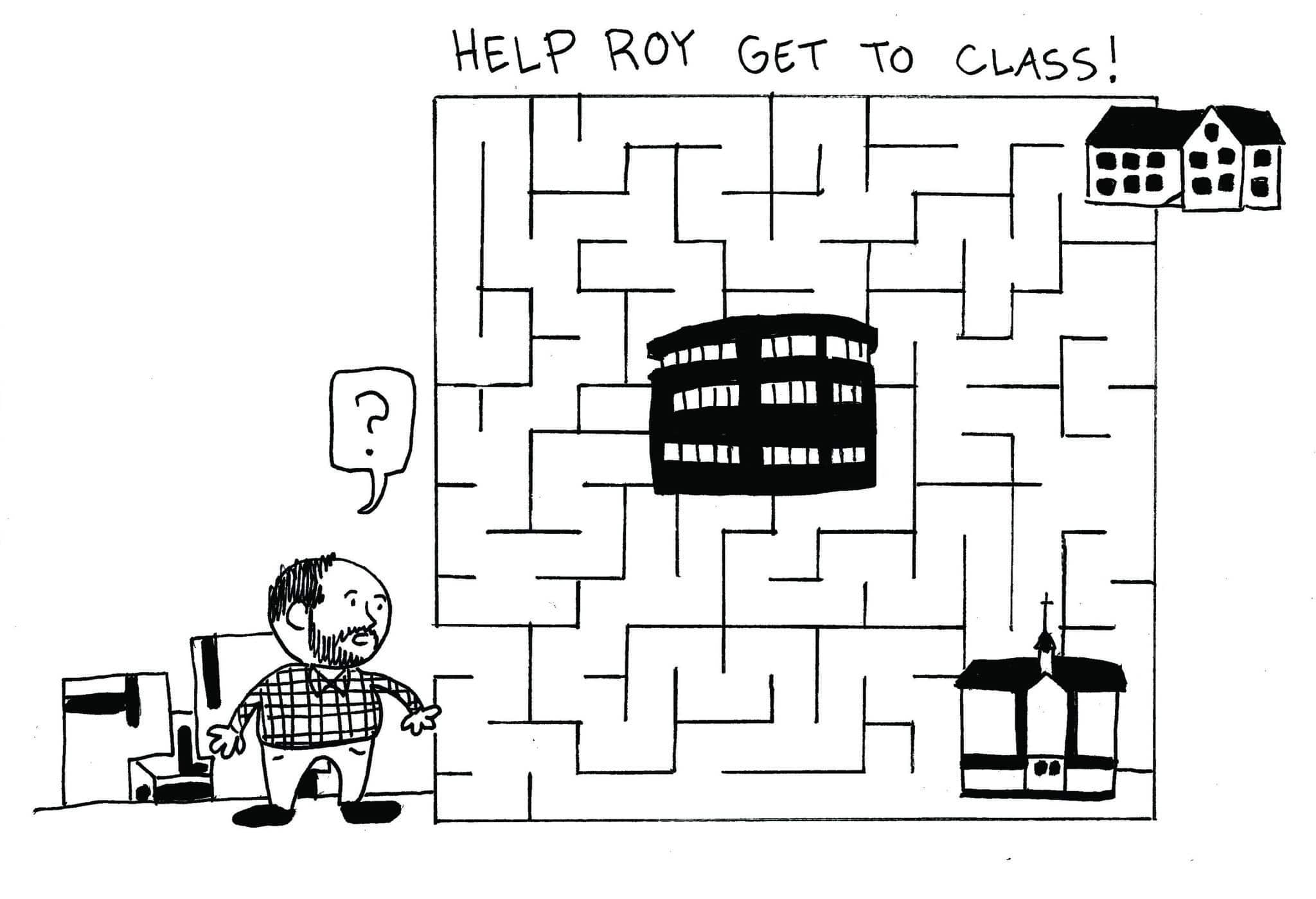 The campus master plan open house session took place on March 29 and 30. The open houses looked to provide feedback on how the university buildings are currently being used and what their uses in the future could be.

Mount Allison outsourced the development of the to Toronto-based company Educational Consulting Services (ECS), which focuses on the development of buildings, campuses, policies and planning. ECS gathered information on each building, the classrooms and laboratories.

Brian Barren, an ECS consultant, presented the basis on which these best uses and proposed uses were found. ECS focused on the current utilization of classrooms and laboratories, space requirements as well as the conditions and levels of accessibility of these buildings. According to Barren, accessibility in campus buildings was an essential part of the analysis.

Barren said the focus of the master plan is improving the infrastructure the university currently has. “Our goal is for the university to develop spaces that are equivalent in quality and facility, and functionality, to what you would get if you built new” said Barren.

Throughout both of the open houses some proposed changes were met with negative response and even confusion. A member of the alumni, who wishes to remain anonymous because of a potential conflict, spoke to the Argosy and said he left the open houses “not knowing just what the plan was.”

The open houses were set up with multiple placards which described the best and proposed uses of each building, and there was half an hour allocated for examining these. All of the information about the buildings and their proposed best and current uses appeared on the placards in a visual interpretation.

ECS determined that Barclay’s current uses were appropriate but suggested its best uses were for wet teaching and research labs, lab support space and department offices, which only excluded general purpose classrooms in its current uses. Wet teaching and research labs are generally described by ECS as biology, chemistry and biochemistry labs, whereas dry labs may be labs such as physics or computer sciences.

Flemington was determined to be inappropriate for its current uses as wet laboratory space primarily due to its cellular layout, referring to Flemington’s large number of small rooms, rather than an open format floor-plan. ECS determined that Flemington’s best uses would be as departmental offices and support space.

Additional propositions for both Barclay and Flemington include replacing the greenhouse between the two buildings with a new linking structure which would connect both buildings at each level, and include a new elevator and public stair.

“If you think of them together [Flemington and Barclay] you can provide full accessibility to Flemington if you integrated it more into Barclay, [we] might only need one elevator between two buildings,” said Barren.

The Gardiner building, which previously held the fine arts teaching studios, is currently not occupied. ECS determined that the best uses for this building would be wet teaching and research labs as well as lab support and office spaces. Gardiner’s proposed use for wet labs comes primarily from the building’s large open floor plan which with wide-span construction could easily accommodate activities that require a larger area. The accessibility to this building is limited, therefore ECS also proposed a new entrance at grade on York Street and an elevator which would provide access to every floor.

“Without making any value judgements, you say what needs big wide open spaces […] undergraduate biology lab would be ideal if it was in a big column-free kind of space,” said Barren.

Hart Hall was determined to be suitable for its current uses as predominantly office spaces. “It was a residential building right so it converts to office spaces quite nicely, its interiors are in fairly poor condition […] and it needs mechanical and electrical upgrades, so its use, probably suitable for academic departments, reading rooms, small seminar spaces – just a question of where it fits into the sequence of improvements and costs,” said Barren.

“Until Hart Hall is fully accessible it kind of compromises its capacity, so when does that get addressed, can Hart Hall provide the kinds of room people are starting to talk about […] they are quite small, they are probably not ideal for active learning sessions.”

Avard-Dixon was proposed to be used for classrooms, dry teaching and research labs as well as laboratory support and departmental offices, which differs little from Avard Dixon’s current uses.

Crabtree’s best uses also align with its current uses and was proposed to be used as animal quarters – which are used predominantly for psychology labs – teaching and research space. This is similar to its current use, although ECS determined that the basement had accessibility issues lacking easy access and natural light. ECS also proposed Crabtree could be used as a “swing space” while other buildings are under rejuvenation.  A swing space would be used to facilitate renovations to other academic buildings.

The issues and propositions for the library were addressed in a separate study which is currently still underway. To this point, ECS noted that high-level recommendations were made to improve the work environment for staff,  provide better storage and improve study spaces. One of these high-level recommendations entails reconfiguring and expanding the amount of space allocated to study stations.

Mt. A determined that study spaces were an important part of the student experience and therefore were highlighted as a priority.

“It’s going to be a long process,” said Inglis, “and this isn’t so much about specific spaces as it is about sequencing of maybe larger projects.”