What does it mean to be an ally? 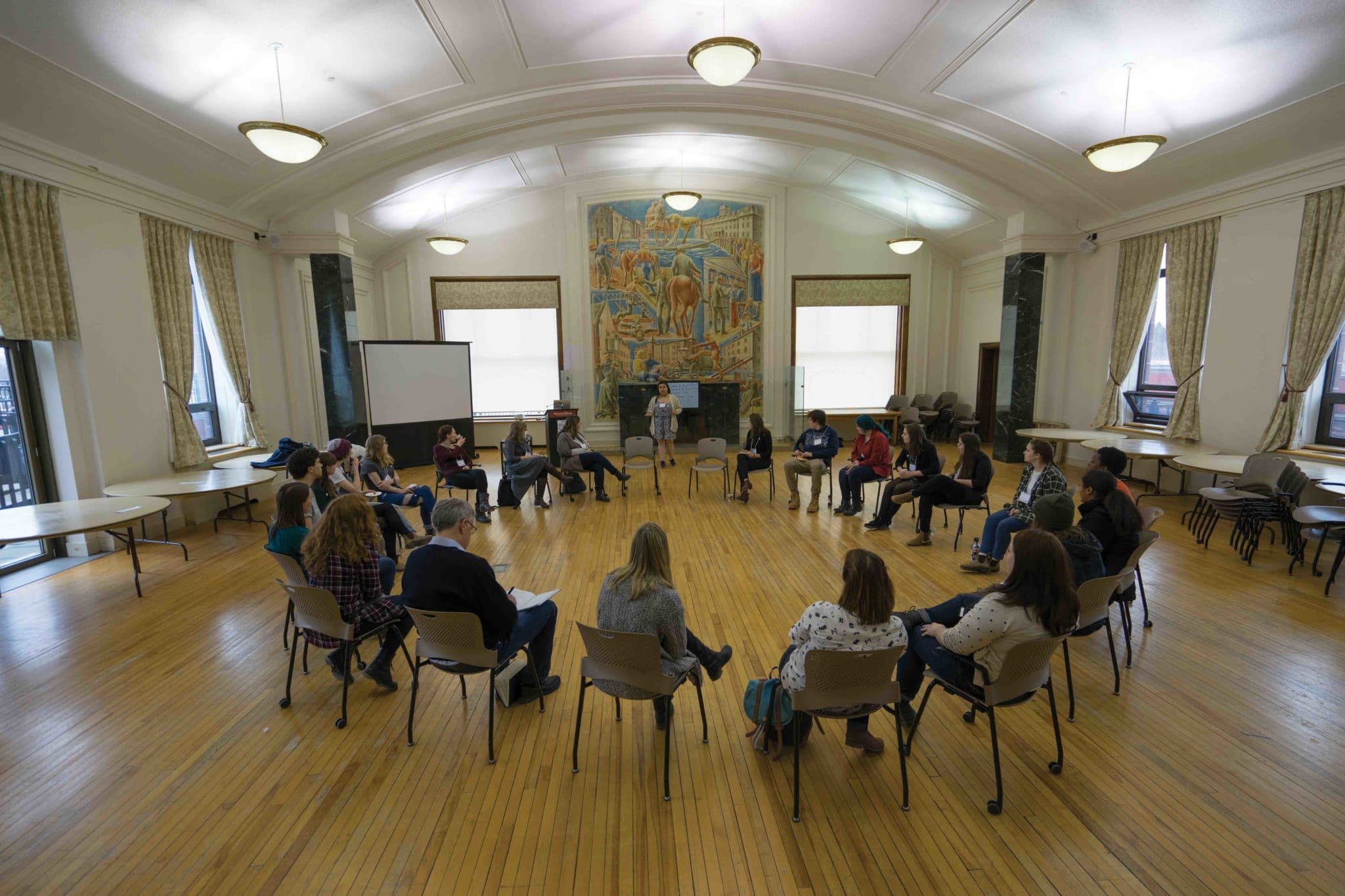 The fourth annual Feminist Leadership Conference took place this past weekend, providing spaces for members of the Mount Allison community to develop and hone their idea of allyship and active feminism.

On Saturday morning, student organizer Rebecca Zuk had the first word on allyship: “This is a really important theme for all of us who were organizing this.… We’re not here to get brownie points, we’re not here to check boxes – we’re here to really figure out what it means to be an ally, what we’re aiming for in allies and how we can grow and do better.”

Student development counsellor Melissa Currie chimed in with her key elements to allyship. Currie said good allyship begins with addressing your own privilege: “Ask yourself, when am I in a position of power?” The next step for Currie was education. “It is not the responsibility of the marginalized community to educate the allies – it is your responsibility to educate yourself,” she said. The final step that Currie wanted attendees to keep in mind as they participated in the conference was calling people in instead of calling people out. “If someone is saying something racist, we want to call them out on that. And we’re not just doing that for them, we’re also doing it for the other people in the room, so anyone who was listening who holds that belief knows it is incorrect and anyone who was hurt by that belief knows that there is an ally in the room,” said Currie. “But in this space we can agree that if you’re here we’re not going to call you out, we’re going to call you in.” Currie wanted to emphasize that attendees should speak up if someone is wrong, but do it compassionately.

At that afternoon’s panel on what allyship is, why it matters and how to be better allies at Mt. A, panelists were able to expand the definition of allyship a bit further.

Panelist Alex Anderson, a fifth-year history major, defined allyship as working together. “In my mind everyone is part of some community and allyship is working between the communities and the members of those communities. It’s particularly important because we are social beings and we need to understand each other in order to get along with each other in the most productive way possible,” said Anderson.

Fellow panelist and philosophy major Chelsea Doherty added that, for her, true allyship means “you take that extra step of being active about it as well … it is more than just wanting to know about somebody or someone’s experiences and understanding and being okay with it.”

An audience member’s question about the issue of allies using their voice to be louder than those they are allying with sparked an important clarification of an ally’s role.

Wa Kilele said, “When it comes to helping others you should take your heed from the person you’re helping … and realize that it’s not for you and not about you and you should fall in step with that person.” Wa Kilele also talked about focusing on helping the person being attacked rather than the attacker when diffusing a situation.

Anderson added that an ally is “more of the voice of support and less of the voice of authority,” and “If you just being there to support them means they can get their voice out, that would be ideal.”

Doherty admitted that it is not always as easy as it sounds. “It takes practice. I’ve definitely been in situations where I have spoken over people or said things I probably shouldn’t have said, but it’s about learning and stepping back when you have to step back and being okay with being wrong and being okay with being told to shut up,” she said, adding that when someone corrects you, you should always listen and re-evaluate.

Ultimately, the conference’s workshops and talks all rested on the idea that a personal interpretation of active allyship is something we all must develop in this current social and political climate.