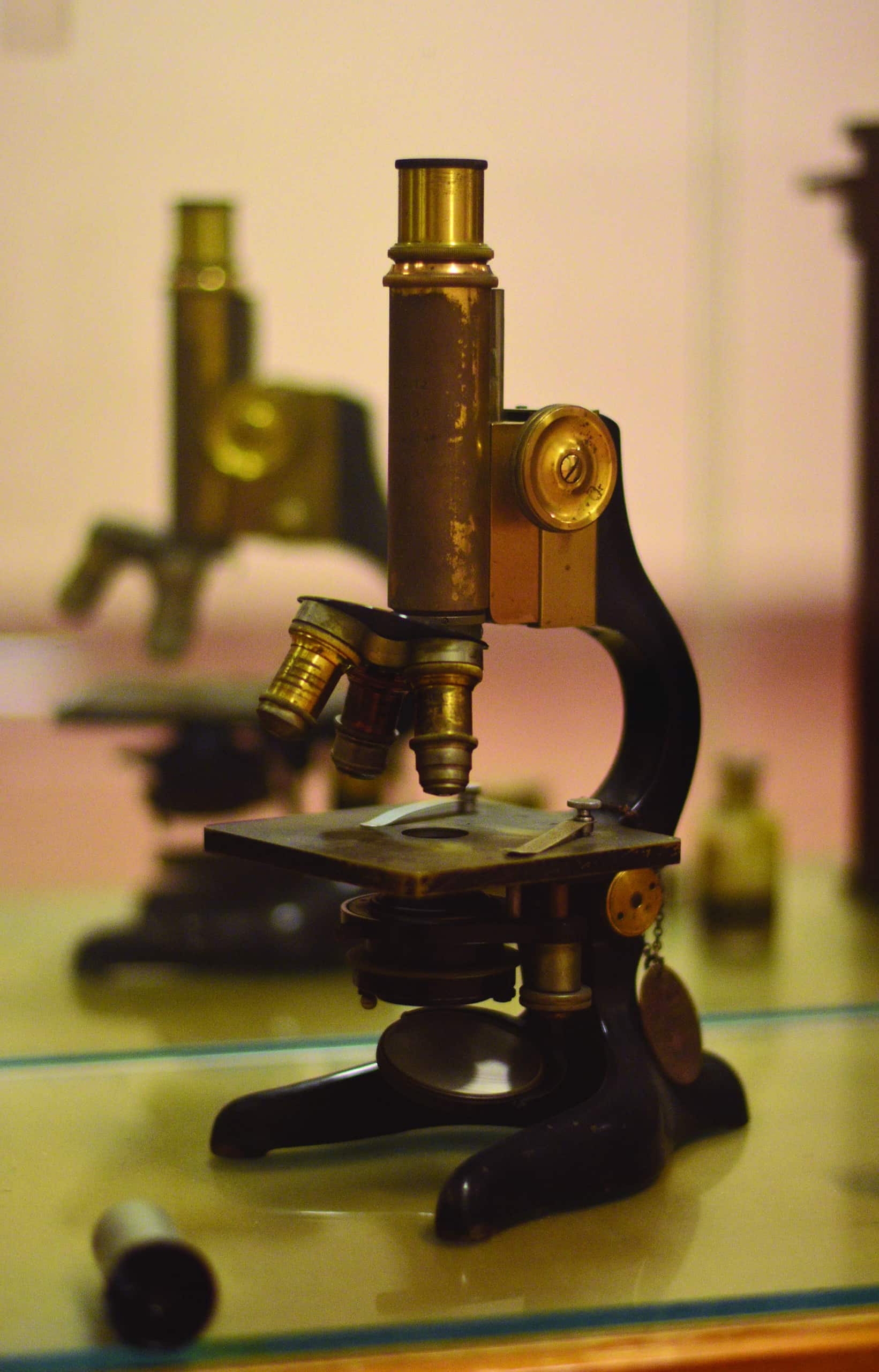 Every year, people across the world recognize World Diabetes Day—celebrated on November 14, Sir Frederick Banting’s day of birth—as a day for educating on diabetes and promoting affordable access to care for diabetics globally. This year also marks the 100 year anniversary of the discovery of insulin, which was first isolated by Canadian scientists Banting, Charles Best, and John Macleod in 1921.

“I think it’s wild,” said Diwan Minocha, a fourth-year biology student and type one diabetic. “There have been so many new advancements and new technologies in the past 100 years, that it’s crazy to think before insulin was made, diabetics just did what they could to survive.” Minocha has been diabetic since January 2008 and is one of the nearly eleven million Canadians living with some form of diabetes.

Mt. A has a small but special connection to one of the co-discoverers of insulin, sitting in a glass display case outside of Flemington 116. “The microscope in this case belonged to Banting when he was a medical student. It was donated to Mount Allison University by Lady Henrietta Banting,” reads the description accompanying the microscope. “Henrietta married Frederick Banting shortly before his death. She had studied biology at Mt. A and went on to obtain the position of director at the Cancer Detection Clinic in Toronto.”

According to the Diabetes Canada website, “Diabetes is a disease in which your body either can’t produce insulin, or can’t properly use insulin. Insulin is a hormone produced by your pancreas, which regulates the amount of glucose (sugar) in the blood.” Although glucose is an essential nutrient that is our main source of energy, having too much glucose in the bloodstream can lead to serious effects. “Having [chronic] high blood sugar can cause diabetes-related complications, like kidney disease, foot and leg problems, retinopathy that can lead to blindness, heart attack and stroke, anxiety, and nerve damage,” says the Diabetes Canada website.

There are two major types of diabetes. Type one diabetes, accounting for roughly 10 percent of all diabetics, is an autoimmune disease where genetic mutations cause the immune system to attack insulin-producing cells in the pancreas. Type two diabetes, accounting for 90 percent of all diabetics, commonly develops in adulthood and occurs when environmental and genetic factors limit the body’s ability to properly use insulin. Type one diabetics are known as “insulin-dependent,” requiring insulin through injection or a pump to manage blood sugar levels. Type two diabetes can sometimes be managed through diet and exercise alone, but insulin therapy may also be required.

Prior to the discovery of insulin, people diagnosed with diabetes were expected to live three years or less, living on restricted diets and experiencing rapid physical deterioration. In Canada today, the average life expectancy is now around 75 years old with a small number of diabetics living for over eight decades with the disease.

As World Diabetes Day approaches 100 years after the discovery of insulin, many people still hold misconceptions about diabetes. “I guess the hardest part is people understanding that T1D is an autoimmune disease, meaning my body’s immune system attacked my pancreas,” said Minocha. “I wish that people would understand that it doesn’t inhibit what I eat. As long as I do the right things I can eat whatever I choose!” Diabetes Canada reports that misinformation about the types, causes, and treatments of diabetes can lead to missed diagnoses and poorer health outcomes for diabetics of all types.

Despite the advances of modern healthcare, many of the world’s 460 million diabetics struggle to access affordable and adequate care, including access to insulin, diabetes education, psychological support, and self-monitoring equipment. This year’s global theme for World Diabetes Day—“Access to Diabetes Care: If not now, when?”—calls for improved access to diabetes care, particularly in some low- and middle-income countries where up to three-quarters of adults live with untreated diabetes.

“It’s important to recognize how important insulin is and that it can’t be gatekept by big pharmaceutical companies,” said Minocha. A 2016 analysis listed insulin as the sixth most expensive liquid per ounce in the world, with insulin prices continuing to rise globally. In 1923, insulin’s co-discoverers sold the patent for insulin to the University of Toronto for only $1. At the time, Banting explained he felt it was unethical for a doctor to profit off of a life-saving discovery: “Insulin belongs to the world, not to me.”