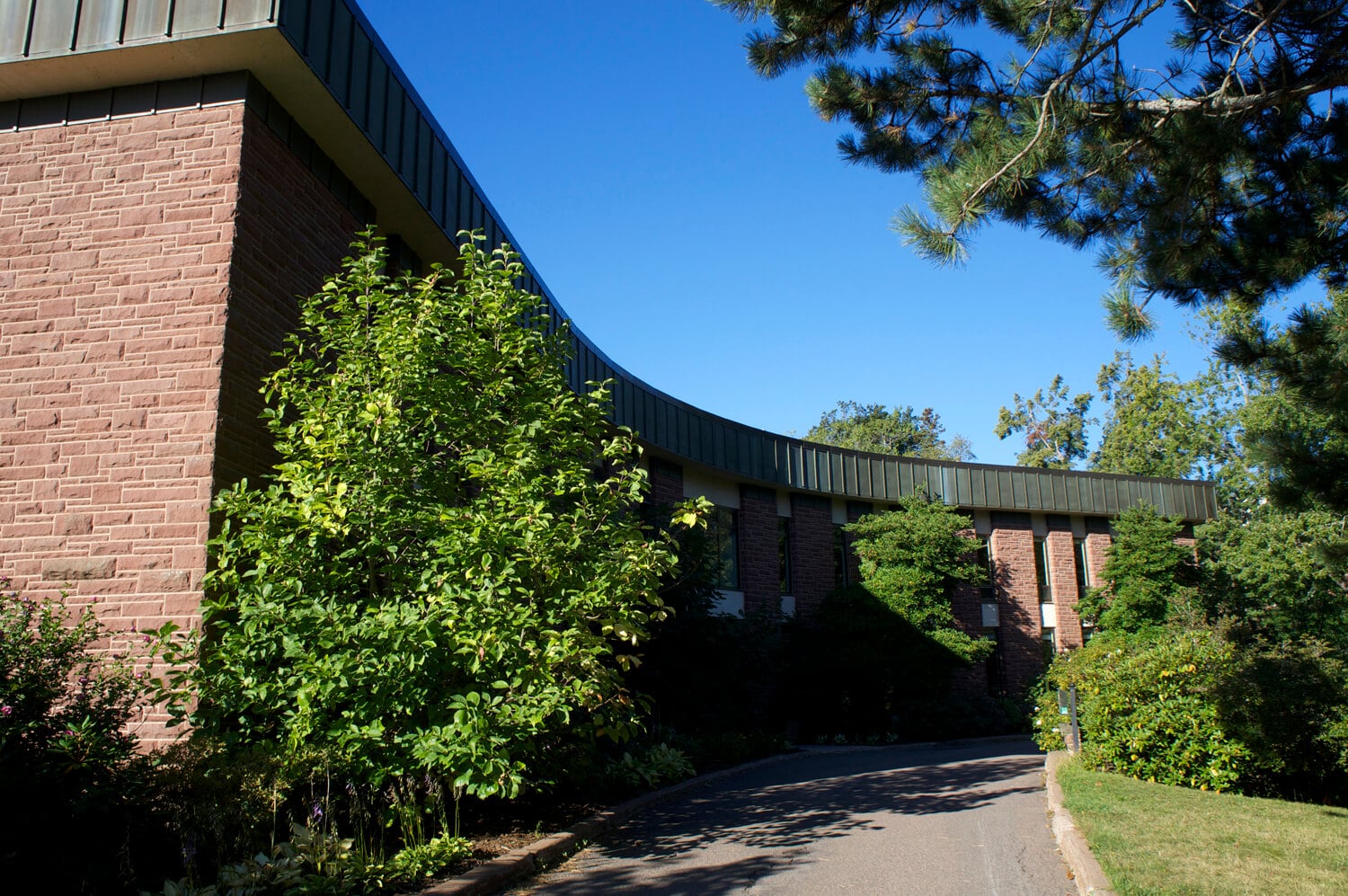 Alumna Deanna Musgrave returned last week as the music department’s first guest for Colloquium Musicum. Musgrave, who graduated in 2005 with a degree in fine arts, conveyed plenty of advice to the students in the audience while talking about her recent work. Her topic: visual music.

Accompanied throughout the show by four musicians – Karin Aurell on flute, James Kalyn on clarinet, Andrew Reed Miller on bass and Joël Cormier on percussion – Musgrave opened the talk by describing her approach to art. “Visual music can be a variety of interdisciplinary activities,” she said. “It can be visual art responding to music, like a painting to music as you see here. It can be music responding to visual arts.… It can be an artwork like a graphic score that musicians can read to create music.”

Musgrave talked about six works of art, three of which had accompanying  performances. The first was Circle of Fifths, a piece she created as artwork for musician Jordan Nobles’ album Möbius. The corresponding song was also called Circle of Fifths. With the artwork projected on the big screen, Musgrave introduced the piece: “The musicians are going to be surrounding you, and it’s sort of creating a real life circle of fifths. Think of it as surround sound.”

Despite the warning, half the audience jumped when the opening notes of the song played not from the stage but from the aisles. Heads swiveled to the back of the room where Aurell and Kalyn were positioned. The wail of the woodwinds, answered by the steady beat from the bass and percussion on stage. The resulting sound created a haunting call and response that left the audience silent, wondering if what they were hearing corresponded with the artwork they were seeing in front of them.

Musgrave discussed her process as she introduced her second piece, Sirens, to the crowd. When she paints, she uses different objects and pigments on her canvases and then sprays water over them to allow the colours to settle. “I feel water really reflects the quality of music,” she said, drawing a connection between the ripples in water to soundwaves in music. She spoke about the many circular concepts found in music – such as notes, the circle of fifths, instrument parts and pieces that are circular in nature – and mentioned that collaborations with musicians were the reason she was inspired to work with circular canvases. To the obvious delight of the music students in the crowd, she referred to musicians as team players as opposed to the often solitary artist, citing this as her reason for often collaborating with them.

Musgrave then showed a piece from her time at Mt. A, titled Stained Glass. Having been inspired by music on campus during her years here, choosing between art and music was a struggle. Making her art about music once she left was her way of not having to choose between the two.

She also listed four important things to remember: to be ready for anything, to speak from the heart, to not take rejection personally and to not fall for the “victim consciousness” – that is, to not listen to the voice in your head that blames others. She also advised the students in the crowd to take advantage of talking to their professors while they have the chance.

When asked about the talk, Joanie Godbout, a second-year music student, said that “actually being happy with what you want” was advice that stood out. “I liked that she brought it up because sometimes you get overwhelmed with everything happening around you and you don’t think about yourself – you mostly think about your work – and I thought that was super important.”

“[Art] is frozen in time; music is moving in time,” Musgrave said during the talk. Yet, she has still combined the two to create a fascinating performance where both the artist and the musician are needed.