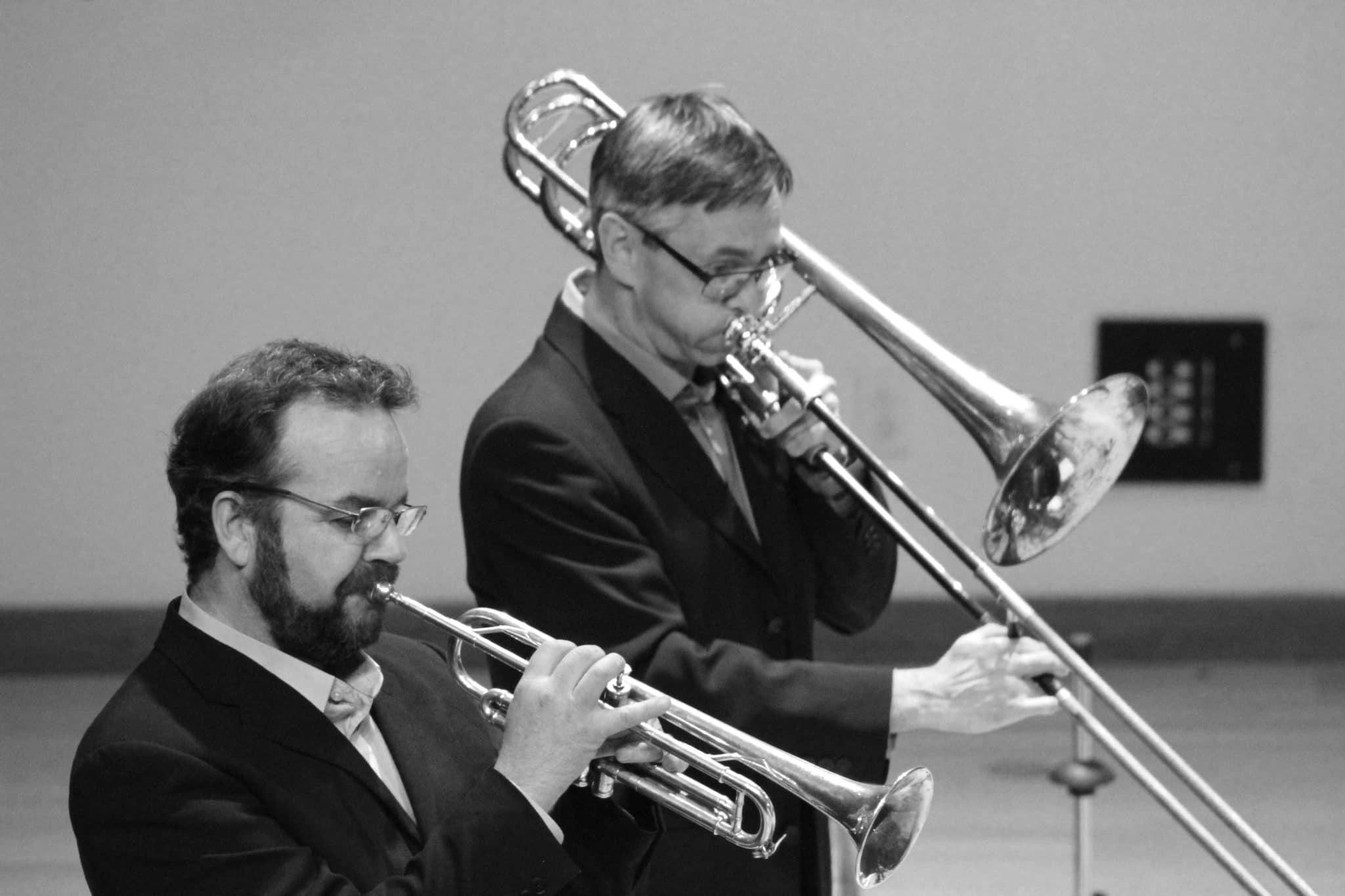 The Sackville community was recently treated to the extensive performing experience the Maritime Brass Quintet offers. On Jan. 17, this “Classics for Brass” concert of the Performing Arts Series delivered an overview of quintessential brass quintet works.

The program was balanced and engaging, accommodating a variety of musical tastes. The evening featured works by more well-recognized composers such as Samuel Scheidt and Claude Debussy, a few Canadian composers and some influential pieces within the development of brass quintet music. The diversity of arrangements added a unique twist overall, and the Quintet did a superb job of bringing out prominent elements in the original works.

During their first selection,  Scheidt’s Canzona Bergamesca, the Quintet’s musical experience evidently came through—a sample of their mastery of numerous styles. They accurately performed this work with the rhythmic precision and imitative motion characteristic of the Baroque era.

Another example of the Quintet’s rich knowledge was their performance of Debussy’s Trois Chansons, skilfully interpreted and arranged by the Quintet’s tubist and bass trombonist, Bob Nicholson. This ensemble has collaborated with top-notch choir composers and choirs, such as Paul Halley and the King’s College Choir, and it shows. The Quintet convincingly preserved key elements from the original choir version of this set of songs, while adding their own interpretation—including the majestic brass sounds in the first movement, Dieu! qu’il la fait bon regarder.

This piece was succeeded by several pieces from different styles and periods: a handful of the works contained intriguing stories associated with their composition. The Quintet designated the latter end of the concert for Canadian works, including melodies and folk tunes familiar to Canadians, such as Il est né le divin Enfant and Let Me Fish off Cape St. Mary. The ensemble captured the lightness in the refrain and more legato phrases in the French carol’s verses, as well as the seamless and calm melody in the traditional folk tune hailing from Newfoundland and Labrador.

The French carol appears in the Danse Villageoise movement of the Suite from the Monteregian Hills by Morley Calvert, recognized as a staple in brass quintet repertoire. Featuring contrasting movements, it begins with a bright atmosphere – though the story does not replicate that feeling – followed by reflective, slower and sublime phrases; preceded by an waltz, unusual in regards to its meter; and then ending with the French tune. In regards to the traditional folk tune, it is found in a piece titled A Newfoundland Sketch, which features three sea shanties.

Two of the last few selections ended the second half with a more a jazzy feel, including Song for Someone by Canadian jazz trumpeter Kenny Wheeler and Just a Closer Walk arranged by Don Gillis.

The Maritime Brass Quintet will complete their Debut Atlantic tour with two more performances in New Brunswick and Nova Scotia.