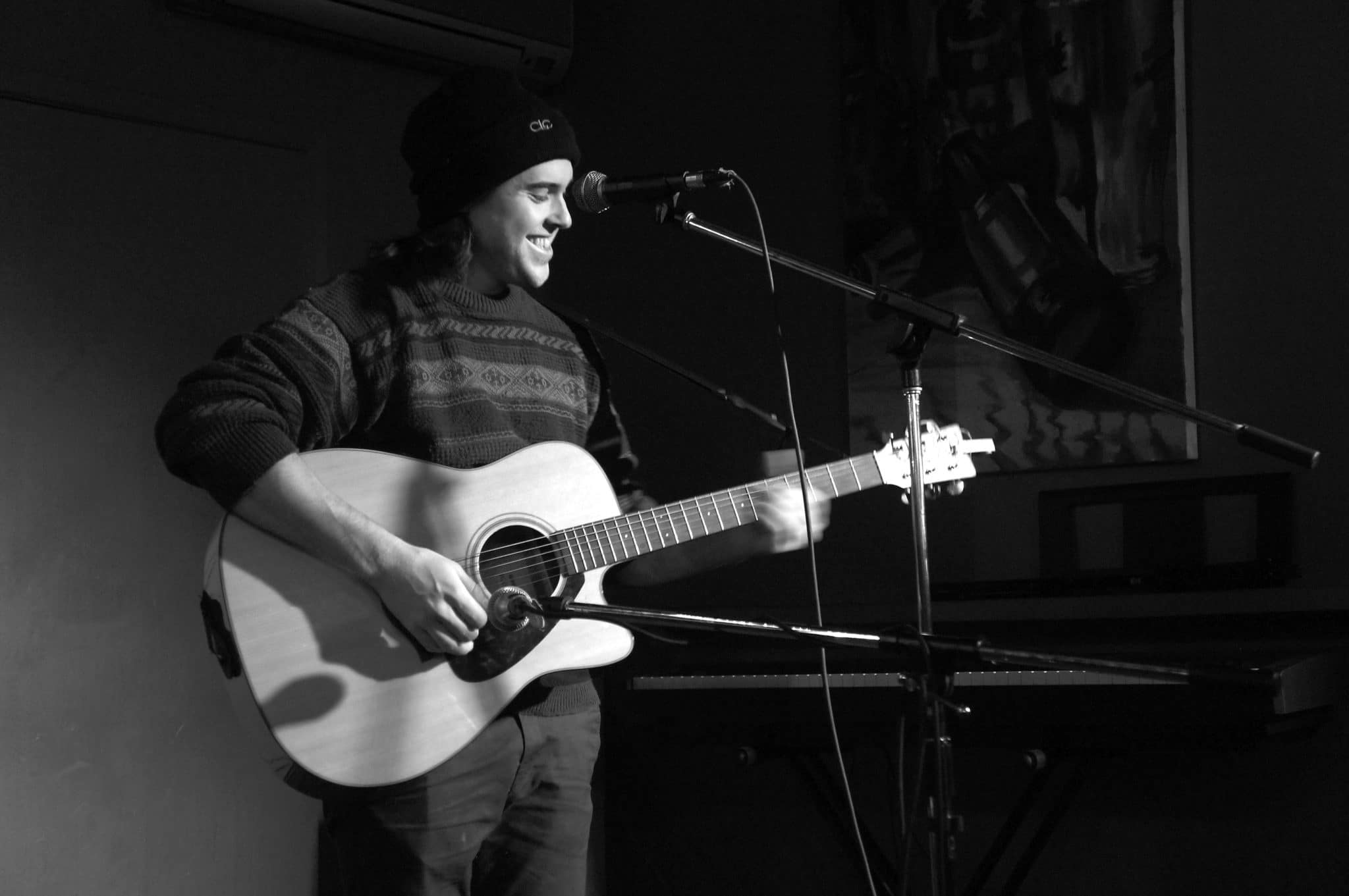 Local musicians perform at Ducky’s, offering a glimpse into this year’s CD compilation.

This past Thursday, Conduct Becoming hosted their first open mic night of the year. Students performed original songs as well as covers, which provided what Conduct Becoming co-producer Sadie Donahue called a “showcase of what’s on the CD.” Open mic nights allow students and community members to gain confidence in sharing their music. “Even if you’re not on the CD, you can play a song and network with those on it,” said Donahue.

Since its inception in 2001, Conduct Becoming has given students and community members a platform through which to share their original songs. The annual CD showcases local talents while raising money for the Canadian Cancer Society.

Conduct Becoming was founded to memorialize Mount Allison student Jason Abraham, a cancer victim. “2000 is kind of where the story began, because there was a guy working at the pub and I was the manager of the pub,” said Jonathan “Scooter” Clarke, one of the founders of Conduct Becoming.

“He called in sick on a Friday night toward the end of January,” Scooter said. Abraham had a stomach ache and “less than a week later he flew to Toronto and by then it was too late. They operated on him the next day and he passed away six weeks later.”

Abraham’s death impacted the entire community; as a fourth-year commerce student, a member of the varsity hockey team and an employee of the pub, everyone knew him. Scooter’s roommate at the time, Marc Carnes, and Mt. A student Drew Dudley “had been talking about putting together a CD of local artists,” said Scooter. The CD became a way to honour and remember Abraham.

The name of the initiative, Conduct Becoming, was a play on words imagined by Dudley. “If you did something bad, you had to go to the judicial committee and were fined,” said Scooter. “One of the charges for doing something stupid that wasn’t cut and dried like breaking a bottle was just ‘conduct unbecoming of a student.’ ”

In its first years, Conduct Becoming relied on donations and community support. The first three albums were recorded at Scooter’s house. Since then, Conduct Becoming has moved from Scooter’s basement to the CHMA offices. Production, headed this year by Donahue and Clare Maguire, is a lengthy process and involves compiling recordings of each artist’s voice and of any instrumentals they want to use.

“If a person has a song that is guitar and voice,” said Donahue, “we would do the guitar first and lay that down, and then do the voice.” The songs are recorded professionally and the producers often add other instruments such as “bass, drums and overdubs of other guitar, piano, violins, it all depends on the track,” said Donahue.

Chloe Budd, a fourth-year international relations student and this year’s Conduct Becoming manager, has been involved in the group since her second year. Conduct Becoming allowed her to record her original music in a professional environment for the first time, teaching her about music production and helping her develop as an artist. “Conduct Becoming creates an opportunity for the community to come together to support not only local musicians, but a cause that has touched everyone’s lives at some point,” said Budd.

To Scooter, Conduct Becoming’s current importance comes “not so much from the fact that it was designed to memorialize one person or that it’s a fundraiser for cancer research. It’s more just the sense of community. It gives a lot of local musicians the chance to do something for the first time that’s sort of semi-official and lets them work together and at the same time it is for a good cause.”

This year’s Conduct Becoming CD will be released in the spring of 2018.