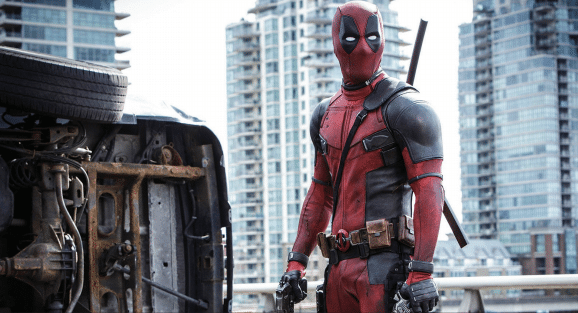 I love movies, but constantly evaluating them for their artistry, their cinematography, how “wellhelmed” they are, takes a lot of mental energy. Some days, I need a classic. Other times, I just need something which caters to my inner kid, something which makes me go “ooh, explosions.” Writers forget this sometimes, but it’s okay for your film to be just plain entertaining.

Deadpool did not make me contemplate the finer nuances of human existence, but I still loved it. This is a bloody, crude upheaval of superhero films which deserves every line of its hard-earned R-rating. Any other rating and this film would’ve flopped. It is propelled by its own irreverence; it proves that big budgets, big names and big audiences are not insufficient conditions for quality movie-going experiences.

The alter-ego of our titular antihero, Wade Wilson (played by Ryan Reynolds), is a mercenary picking off perverts in New York’s seedy underbelly (which looks suspiciously like downtown Vancouver). When Wilson gets cancer, he is approached by a man in a suit promising a miracle cure, only to be horribly disfigured by the procedure (“You look like an avocado had sex with an older avocado”). Fortunately, he also becomes invincible and can no longer feel pain, and thus Wilson dons his new nickname and red suit and heads out to avenge himself.

Deadpool is as much a comedy as it is an action film, and it never fails to deal out some of the smartest, raunchiest laughs I’ve heard in a long time. Rather than exploring the darker, more mature aspects of superhero lore à la The Dark Knight, Deadpool never takes itself too seriously, and with hysterical results. It is a satire that knows its target well, and is locked and loaded. The frequent franchise references and fourth-wall breaks (and even some fourth-wall-break breaks) turn Deadpool into a hilariously self-aware meta-film that delivers the genre a swift kick to the groin.

This one is delirious fun from start to finish, a nonstop gag-machine hell-bent on spitting in the face of convention and good taste. Even the opening credits are hilarious. Any instance of danger or peril is contrasted with Pool’s nonchalance, an understandable reaction from a guy who is not even fazed by bullet wounds. We know little about his backstory (apparently he hails from Saskatchewan), but that’s okay. He accounts for this with his sharp wit and a mouth that is rarely closed. This film isn’t an artistic experience. This is the stuff you go to for laughs and car chases. Leave your critical thinking caps at the door; let your id take the reins.

In fact, I didn’t feel the need to think a whole lot when watching Deadpool, because it sucked me into its world so quickly and with such boldly original style that it did the thinking for me. That, to me, is the sign of any good movie. Not all movie experiences are created equal, and for what it’s worth, Deadpool hit all the high notes.