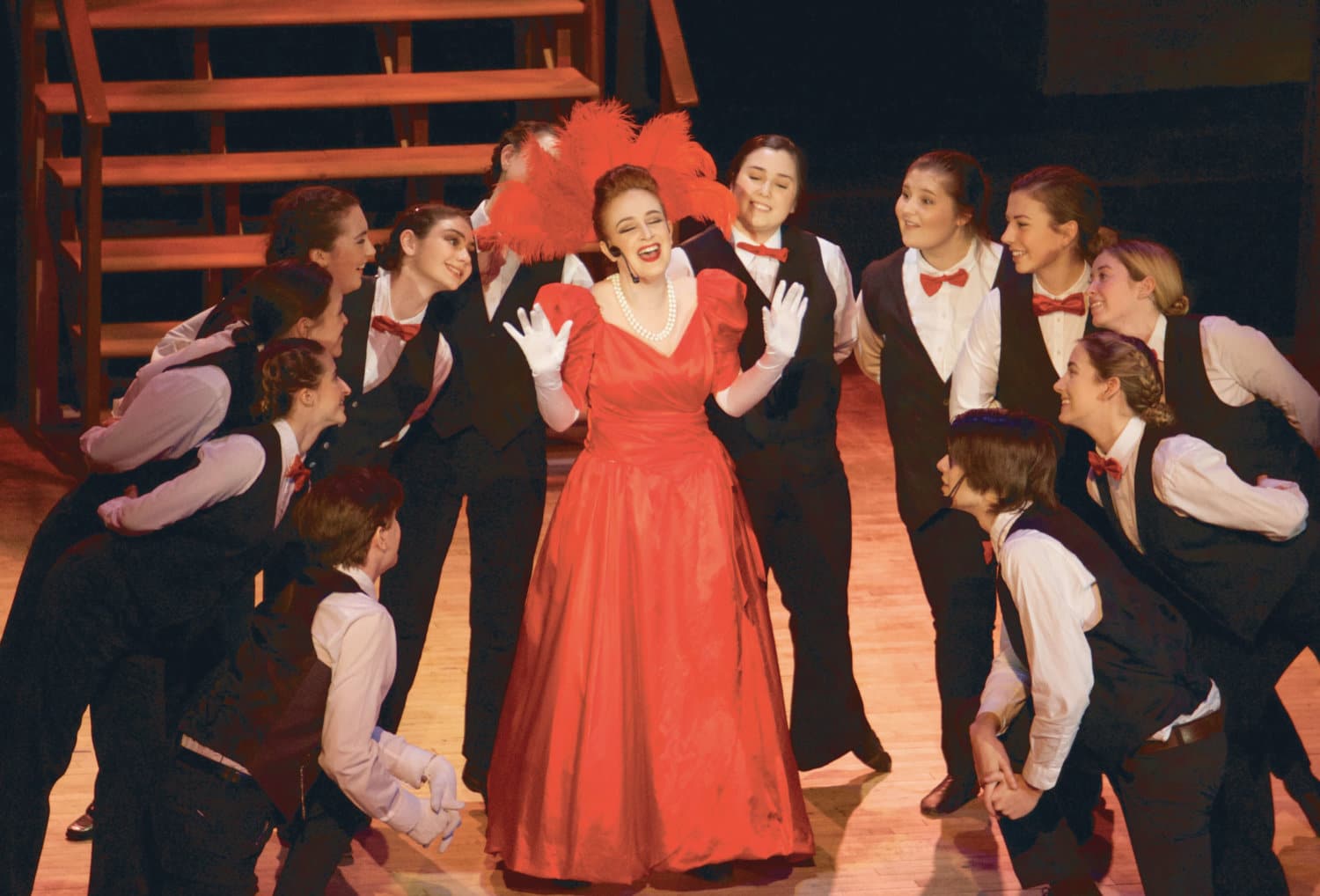 “Charming; funny; engaging,” said Karen Valanne, the director of Hello, Dolly!, when asked to describe the production in three words. “There’s an innocence to it in a way. Wholesome. It’s about love.” It’s a show that cannot be described in only three words.

The musical was performed last week from Thursday to Saturday to the delight of the Sackville community. I sat down with some of the show’s cast and crew earlier in the week to talk about the excitement of putting on such a large production and the reasons behind Garnet & Gold’s choice this year.

Hello, Dolly! first premiered on Broadway in 1964, and was revived in 2017. It follows the story of matchmaker Dolly Gallagher Levi as she travels to Yonkers, N.Y., to arrange a marriage for Horace Vandergelder, an ill-tempered widower; little does he know that she plans to marry him herself. With endearing charm and a slight tendency to meddle, Dolly helps others fall in love and evokes admiration from the people she meets. According to Valanne, “It’s a very lighthearted romantic comedy, with lots of great music, and it’s about Dolly and all of her adventures as she manipulates the characters into different relationships.”

Mirren Lithwick, fourth-year history and music major, starred as the titular character Dolly in Garnet & Gold’s production. Lithwick expressed admiration for her character, especially for her confidence and her likeability. “She’s a matchmaker, she gets paid to match people up, but she’s also just doing it because she wants to be that person,” said Lithwick. “She likes to meddle, to get into other people’s business. And she’s good at her job: she pulls all the strings she needs to pull, [and] she helps people fall in love.”

Keely McGill, fourth-year chemistry student, is the president of the Garnet & Gold Musical Theatre Society. McGill and the rest of the team had already made the decision to put on Hello, Dolly! before leaving for the summer last year. According to McGill, it was an easy decision to make. “We always look for something that has lots of opportunities for chorus, because that’s how most people start with their involvement with Garnet & Gold, and also [we wanted] something with a strong female lead, because we’re here at Mt. A where most of our gene pool is female,” said McGill. “We started looking at shows that fit that category and Dolly spoke to us in that sense.”

Garnet & Gold was founded in 1932, making it one of the oldest groups on campus, and with over 100 members involved, it is likely the largest as well. Michael McCracken, a fourth-year commerce student and G&G’s VP of marketing, notes how inclusive the society has been. “We have people that are doing their first show ever and they’re probably terrified as we get closer, and then we have people who have been doing theatre for 10, 15 plus years. So it’s a nice balance,” said McCracken, who also played Cornelius Hackl in the show.

The cast and crew have been rehearsing since October, following auditions in September. Valanne, Lithwick, McGill and McCracken unanimously said their favourite rehearsal moment was the day when the cast and the pit band first performed together. “We were all working in little groups, so to have the choreography, the pit band, the singing rehearsals, my rehearsals and all that stuff come together is really exciting,” Valanne explained. McGill added, “It’s just that goosebumps moment that makes it all worth it.”

They all agreed that the members of the cast and crew are supportive of each other, with Keely saying that her favourite thing about the society is the family dynamic. McCracken commented on the harmony he experienced with the cast and crew, saying, “Everyone cares about how everyone else is doing on the stage.” The four of them are confident that the society is being left in good hands for next year.