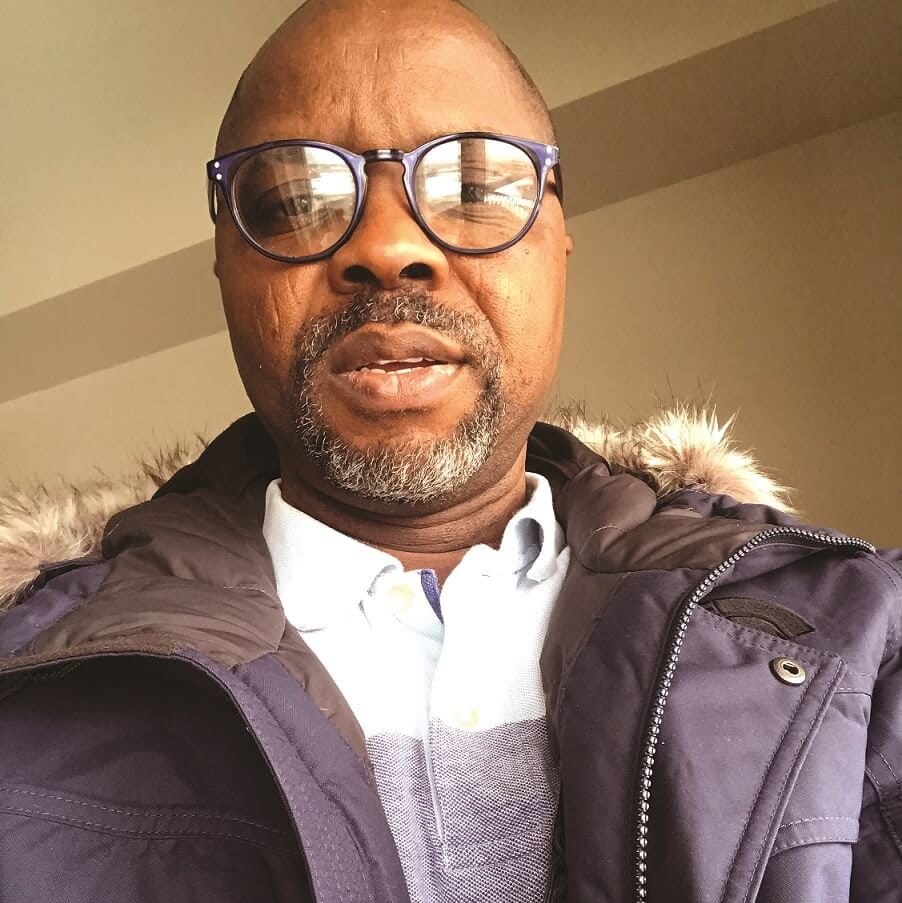 Dr. Ede’s research focuses mainly on African literature and literature in the African diaspora. He chose this area of study due to his own personal connections with it.

Along with studying literature, Dr. Ede also writes. He is a published poet who writes typically about culture and politics. “When I started writing, it was a form of catharsis to deal with life in general,” he said. “It becomes a habit, you can’t just not do it.”

Ede’s written works are called Globe Trotter and Hitler’s Children. He also writes for the Maple Tree Literary Supplements and encourages students who wish to work in publishing or who wish to have work published to contact him so that he can help students get experience.

Before coming to Mt.A, Dr. Ede taught at the University of the Bahamas. He has also previously taught in Uganda, South Korea, and Germany. He completed his Bachelor’s degree partially in Nigeria and partially in Germany where he also completed his Master’s degree. He said he did this primarily for financial reasons. Germany offers free education, therefore it is a good place to get your education. However, he says that the “Canadian system is one of the best systems, education wise.” He recommends that English literature students study in North America if they can. “On the Ph.D level and on the graduate level in Europe, generally, you don’t get much supervision… the expectation is that you are self supervising.” Ede prefers the classroom environment and guidance from professors.

Dr. Ede has lived in different parts of Canada for a long time. Most of this time was spent in Ottawa where he lived 11 years. He is originally from Nigeria and considers Canada his home. He did his Ph.D at Carleton University in Ontario.

This is his first time living in Atlantic Canada. When asked about it he said, “I got a little culture shock when I got here,” Dr. Ede lives in Dieppe, and is not used to the rural lifestyle. “It is sparsely populated but that also means there is room for growth.” Although well travelled, Dr. Ede is not a fan of it. “I am a land animal, I don’t like to be in the air or the water,” he said. His travel is always related to study or work.

The literature that Dr. Ede studies tends to focus on the aftermath of colonialism. “African writing has been a reaction to the demonizing images shown about the continent and its people.” Dr. Ede recommended a few pieces that highlight the experiences of BIPOC in the West, including, The Buddha of Suburbia, by Hanif Kureishi, Invisible Man by Ralph Ellison and The Empire Writes Back, byBill Ashcroft.

He says that in literature from the African Diaspora, “the historically negative image of Blackness is being contested by a new kind of consciousness that is referred to as afropolitanism, in which children of Black families in metropolises begin to move the afropessimist image that was projected onto them.”

This academic year, Dr. Ede has taught four classes and will continue to teach here next year. If you are interested in his work, register for one of his classes in the Fall or Winter term of next year. If you wish to talk to him about publishing or writing you can email him at [email protected].